Karen Thomson thought a technology glitch was at fault when she tried to use her 75,000 Aeroplan miles to book a flight and found out she had only 6,138.

Then Ms. Thomson looked at her Aeroplan transaction history. “There was a line that said, ‘expired points,’” she recalls. “I was horrified. I realize there are many more serious problems in life, but honestly I felt completely violated.”

Ms. Thomson’s story has a happy ending: Aeroplan looked into her situation and reinstated her points. Others have not been so fortunate. I’m in that group, and so are a bunch of Globe and Mail readers who contacted me after I told my own story of lost points in a recent edition of the Carrick on Money e-mail newsletter. One person said he had let a high six-figure amount of Aeroplan miles expire.

Our mistake: Not following Aeroplan’s rule that you earn, redeem, donate or transfer points over a 12-month period to keep them from expiring. It’s a simple rule.

But it doesn’t belong in a program designed to reward loyal customers.

Memo to Air Canada: As you head toward the introduction of a new version of Aeroplan this year, please give some consideration to not having points expire. Really, isn’t it on you if your members aren’t motivated enough to stay active?

Ms. Thomson says she has been an Aeroplan member since the 1980s and has chosen to fly Air Canada over other airlines to get Aeroplan miles. For a long time, she has had a routine of accumulating miles over four or five years to get a reward flight to Romania, where her husband’s family lives.

Her most recent attempt to book an Aeroplan reward flight came late last year. What a trip that turned out to be. First, she tried calling to book the ticket because the flight to Romania is a bit tricky to arrange. That proved to be a waste of time because Aeroplan’s phone lines were caught up in the traffic jam Air Canada created when it adopted a new reservation system. In Ms. Thomson’s case, she repeatedly got a taped message saying essentially that she should call back later.

She gave up trying to book by phone and went online, where she discovered that almost all her points had been repossessed by Aeroplan. She recalls her reaction to the shock: “I didn’t panic,” she said. “I thought, it’s the technology, something’s wrong. That’s when I started trying again to call them.”

After an estimated 100 or so tries over a week to reach Aeroplan, Ms. Thomson gave up. In the meantime, she learned about Aeroplan’s expiration policy. “I have talked to friends about this and everybody acts as though they’ve known this for years.”

Aeroplan said in an e-mailed statement that its 12-month mileage expiry policy has been in place for more than 10 years, and that various steps are taken to make sure members stay active. ”Activity policies such as these are common in the loyalty and frequent flyer industries as they play a big role in reminding members to stay active,” the statement said.

Aeroplan also said that members with expired points can request a review of their case if they have extenuating circumstances, and it offered to review Ms. Thomson’s situation. She said her points were reinstated after discussions with Aeroplan where she argued that her most recent Air Canada flight was booked in time to keep her account active.

It works in a loyalty program’s favour when points are accumulated and then expire later on without being redeemed – it’s called breakage. A key question for Air Canada as it reboots Aeroplan is whether it needs to strip its customers of their miles if they’re inactive for a year to make the program financially viable.

Ms. Thomson’s comments illustrate how hard it will be for Aeroplan to resist having points expire. “I still don’t think it is right that Aeroplan has this system of giving you something and taking it away,” she said in an e-mail. “But now I will put in place reminders everywhere to ensure I don’t miss this again.” 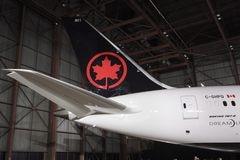