In the four years since adopting a Maltese-Westie, Vanessa Cito estimates that her rescue dog has cost her easily over $10,000.

The 31-year-old digital strategist from Vancouver includes in that calculation both initial costs – such as licensing and adoption fees, and a crate, leash, and dog bowl – and ongoing ones such as vet bills, food, and care while she’s away.

She adopted her dog Toby at six years old from a rescue society after he’d spent the majority of his life locked in a cage at a puppy mill. As a result, he’d developed anxiety, decayed teeth and a dented back – which rendered him both uninsurable and in need of regular medical care.

While Cito says her pup’s love and companionship is well worth the cost, she cautions prospective dog owners to consider expenses like these before adopting.

“You have to really have your heart in the right place to do it, because it does take a lot. It’s an investment,” she says.

Cito’s story is far from uncommon. Many Canadians adopt their first pets in their 20s and 30s only to encounter surprise bills well after the papers are signed. While Cito says she’s lucky to have been able to afford the costs associated with her dog, many aren’t – and some are even left with no choice but to give their pets up.

It’s a problem many rescue centres keep in mind throughout the adoption application process, including Toronto’s Redemption Paws. According to founder and executive director Nicole Simone, the rescue facility vets applicants with a series of questions about their financial preparedness and requires the purchase of pet insurance in addition to its initial $600 to $800 adoption fee. Depending on scope of coverage, the average pet insurance policy costs around $1,000 per year – an up front cost that can save owners in the long-term.

But some pets, especially those adopted as adults like Cito’s, are uninsurable due to pre-existing conditions, which leaves owners with annual vet fees in the thousands. Cito says she didn’t know about Toby’s health conditions prior to adopting him, and advises prospective owners to ask these questions before taking the leap into ownership.

Owners with busy schedules should also factor in the cost of paying for a dog walker or daycare, which can cost between $15 and $30 per walk, or around $40 per day, respectively. And owners of puppies or dogs with behavioural concerns should factor in the cost of training programs, which typically range in the hundreds for multi-week lessons.

Dog food is another universal cost that’s higher than many owners anticipate. Sarah Mizzi, adoption manager at Toronto-based adoption centre Save Our Scruff, estimates monthly food costs to be around $150 depending on the size of the dog – noting that the larger the dog, the heftier the costs. Add the price of treats to that and the bill climbs even more.

But many dog owners find ways to stretch a buck while still giving their pets the care they need. For starters, Simone warns against getting sucked into the world of high-priced pet food.

“There’s a huge industry where you’re told you should be spending a ridiculous amount of money on dog food,” Simone says. “Just give your dog lots of love and attention, because that’s really what they care about the most.”

And Cito saves by making her own treats from chicken and sweet potato. “Any time I make chicken, he gets my chicken,” she says. “It’s a great way for us to cut costs.”

Simone, who admits she got roped into the world of luxury pet accessories when she adopted her first dog at 21, says 14 years later, she prefers to keep things simple. One or two high-stimulus toys are enough to keep a pet occupied for hours.

“Keep it simple and just remember, financially with dogs, the thing that they care about most is you,” Simone says. “They don’t care about what colour their collar is, or if their jacket matches their gender, or if their dog food is raw or vegan.

“At the very end, the only thing that they care about are the people who are there with them and who have given them love,” Simone says. “And, you know, food.” 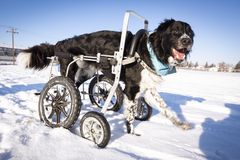 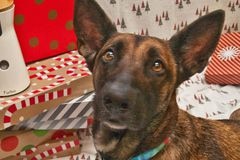 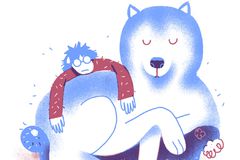