Committing to a mortgage for five long years exposes people to the most insidious aspect of residential financing: prepayment charges.

And when it comes to such charges – the penalties you pay come when you back out of your mortgage early – some lenders take a greater toll on your bank balance than others.

Big banks are usually the worst. Mortgage finance companies are often the best.

And these bank competitors want you to know it. More and more, smaller lenders are using their preferential penalty calculations as a selling point, as well they should.

This year I’ve seen lenders such as Equitable Bank, Manulife Bank of Canada, XMC Mortgage Corp., Merix Financial, CMLS Financial Ltd., RFA Mortgage Corp., First National Financial LP, and MCAP all go out of their way to step up marketing and educate consumers on how bad penalties from major banks can be. (Mind you, a few of these lenders also have “no-frills” mortgages with high penalties – for example, 3 per cent of principal. So watch out for those.)

What is a ‘fair-penalty lender?’

A fair-penalty lender calculates its standard prepayment charges, for lack of a better word, “fairly.”

It does so by comparing your actual mortgage rate to a rate equal to (or close to) what it charges new customers for a time frame similar to your remaining term.

Unlike Big Six banks, fair-penalty lenders don’t use arbitrarily inflated rates (“posted rates”) in their calculations. That only serves to drive up penalties.

So why doesn’t everyone get a mortgage with a fair penalty lender?

Well, because most people are conditioned to pay more for big bank financing. Among other things, they trust the brand, like the convenience or like knowing they can walk into a branch to talk to someone if there’s ever a problem (although, for most people, mortgage problems after closing aren’t too common). And the cost of that convenience is steep.

Suppose you’re a major bank customer with a regular 3.19 per cent $300,000 five-year fixed mortgage that you got one year ago.

In these scenarios, one popular bank would charge you an interest rate differential (IRD) penalty of roughly $16,800 to exit your existing mortgage.

Compare that with just three months’ interest (about $2,400) at a “fair penalty lender.”

To put that another way, the extra $14,400 you’d fork over to the “less fair” lender would be like paying an 8.19-per-cent interest rate versus the 3.19 per cent. That’s astronomical. These days, determined mortgage shoppers do backflips to save even a 10th of a percentage point off their rate, let alone five whole points.

Some big banks are kinder than others when it comes to helping you avoid prepayment pain. The better ones let you add money to your mortgage without penalty, offer early renewal options and have flexible portability rules.

But more often than not, you can find a similar mortgage from a fair-penalty lender for a comparable price or better – without the penalty shackles.

If you’re dead-set on a big-bank mortgage and want to lower your exposure to heinous fixed-rate penalties, consider a short-term fixed or variable rate instead – if it’s suitable for you. By suitable, I mean you have a tolerance for potentially higher rates sooner than five years and you have no problems getting approved for a mortgage.

These days, with so many people taking fixed rates because they’re cheaper than variable rates, banks stand to make a killing on prepayment charges. That’ll be especially true if recession hits and rates fall further. We come across people almost every week who’d love to refinance at today’s lower rates, but they can’t because their bank penalty is too harsh.

The time has come to heed this lesson as borrowers. Big-bank IRD penalties clearly overcompensate banks for the legitimate expenses they incur when a customer backs out of a mortgage early. The more that people demand fair penalties, the more pressure it’ll put on Canada’s six biggest lenders to change their methods.

Lender launches first-of-its-kind program to keep Canadians in their home in the event of job loss
October 10, 2019 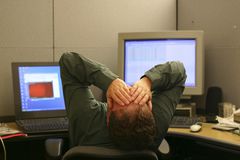