Household finances in Canada unexpectedly deteriorated in the fourth quarter, as debt loads rose to record levels, interest and principal payments ate up more personal income, and total net worth declined year over year for the first time since the financial crisis.

The closely watched debt-to-disposable-income ratio ticked up to a historic high of 174 per cent in the fourth quarter, up 0.4 percentage points from the previous three months, according to Statistics Canada, marking a setback in the stabilization of debt seen over the past couple of years.

Though the rate of household borrowing continued to slow through the end of the year, income growth slowed even more, underlining a key risk of carrying high debt late in an economic cycle.

It can be much more difficult to reduce debt when macroeconomic factors take an unfavourable turn, said Stephen Brown, senior Canada economist at Capital Economics.

“It confirms how vulnerable households still are,” Mr. Brown said. “This isn't a problem that's gone away.”

That vulnerability also poses a problem for the Bank of Canada in trying to raise interest rates, which serve to squeeze household finances even further.

Aggregate household debt increased to $2.21-trillion in the fourth quarter, the bulk of which was $1.44-trillion in mortgages, in addition to $769-billion in consumer credit and non-mortgage loans.

Much of that debt was accumulated in the years after the global financial crisis, as Canadians took advantage of cheap credit and the housing boom inflated mortgage loads.

Starting in 2017, however, Canadians seemed to awaken to the risks to their own financial health, and debt-to-income ratios started to decline.

The latest numbers suggest that household deleveraging will be no smooth or swift progression, said BMO Capital Markets’ Priscilla Thiagamoorthy, who was among the economists expecting the fourth-quarter data to show flat-to-lower debt ratios.

It’s not that Canadians necessarily wavered in their attempts to reduce borrowing. On an annual basis, mortgage growth last year was the slowest since 1996.

Disappointing income growth is partly attributable to the continuing strains in the oil patch, which persist to resonate through the national economy, Ms. Thiagamoorthy said. Wages in oil-producing provinces also continue to lag the rest of the country.

At the same time, Canadian borrowers were pinched last year by rising interest rates. In October, Bank of Canada governor Stephen Poloz hiked rates for the fifth time in 15 months – a period that saw Government of Canada 5-year bond yields rise from about 1.4 per cent to 2.4 per cent. That, in turn, pushed up borrowing rates for first-time homebuyers and those renewing their mortgages.

The cost of servicing debt rose, as a result, for the fifth consecutive quarter. At 14.9 per cent, the portion of disposable income committed to interest and principal payments matched a 2007 high.

While the Bank of Canada’s rate hikes were crucial to slowing what was “an unsustainable pace of consumer spending growth,” the central bank is also sensitive to the rising cost to indebted households, said Josh Nye, an economist with Royal Bank of Canada.

“It’s hard to see them pushing rates up toward their neutral range if it risks destabilizing household finances,” Mr. Nye said in a note.

Households that have to commit more and more of their income to debt servicing, after all, have less to spend elsewhere, posing a broader economic risk to the country.

For years, many Canadians tapped into their wealth from rising home prices and other assets, including equities, to boost spending capacity.

But the housing market continues to slow down, with Statistics Canada data showing the aggregate value of Canadian homes fell by 1.4 per cent in the fourth quarter − the biggest decline in a decade.

That contributed to an overall drop in Canadian net worth below 2017 levels. Not since 2009 has net worth seen a year-over-year decline.

Part of that drop is attributable to a stock-market selloff in December, as the global trade war and fears over excessive monetary tightening fuelled a broad correction.

Such a big squeeze on Canadian wealth is unlikely to be repeated soon, Mr. Nye said. “But a slowdown in housing and flatter price trends means real estate values won’t provide the wealth boost they have in recent years,” he said, adding that “a golden decade for household wealth creation is coming to an end.”

As a result, the money to service a heavy debt load is going to have to come from somewhere else, Mr. Brown said.

“Because of that, we’re going to see consumer spending growth lag behind income growth for the next couple of years at least.” 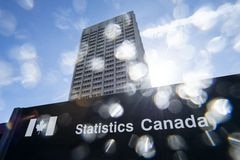 Canadian borrowers will be ‘accident-prone’ this year
Subscriber content
March 12, 2019