Coronavirus information
The Zero Canada Project provides resources to help you make the most of staying home.
Visit the hub
Nicole Thompson
The Canadian Press
Published May 28, 2020 Updated May 28, 2020
Comments
Please log in to listen to this story. Also available in French and Mandarin. Log In Create Free Account

Some businesses reopening with pandemic protocols in place have said they won’t accept cash for the time being, potentially accelerating what the Bank of Canada describes as a decade-long shift away from the banknote.

Cashiers at Longos, Best Buy and The Shoe Company, for instance, will refuse cash out of concern the bills are a vector for the novel coronavirus. But experts – and Canada’s central bank – warn this leaves those without bank accounts, and some others with low incomes, by the wayside.

“This is going to be a big shock to the system that will push us in the direction of a more modernized payment system,” said Walid Hejazi, an associate professor of economic analysis and policy at the University of Toronto. “And if the developments we’ve seen during the pandemic continues to accelerate, we’re going to get to that fully modernized payment system much more quickly.”

The migration away from cash has been ongoing for more than a decade, according to the Bank of Canada’s most recent survey on methods of payment, conducted in 2017.

Smaller surveys conducted by Payments Canada, which handles the clearing and settlement of payments in this country, suggest the trend has only continued in the last few years and has accelerated in the past few months. And Interac, which operates Canada’s debit payments system, said last week that e-transfers are more frequent than ever during the pandemic and use of the contactless “Flash” tap payment system is also up.

But Canada’s central bank warns that the decision to refuse cash, while legal, could be disastrous for some of society’s most vulnerable, including the homeless and others without bank accounts.

In its report based on the 2017 survey, the Bank of Canada said 99 per cent of Canadians had a debit card and 89 per cent had a credit card.

But Hejazi said the number of Canadians reliant on cash is likely much higher than those figures indicate.

“There’s large groups within our society that will not have access to those digital platforms in the way that might be assumed,” he said.

Some may have debit cards without much – if any – money in the account, while others may have credit cards that are maxed out, he said. Others still have low-cost bank accounts with limited transactions.

And as the popularity of online and mobile payment rises, the cost of mobile data plans also factors in, Hejazi said.

For businesses, the benefits of going cashless are appealing even beyond the pandemic, he said. Businesses that don’t accept cash don’t have to carry a “float” – money to give as change. Their transactions are already counted and their books are automatically reconciled, they need to make fewer trips to the bank and are less likely to be robbed.

But the effects on already marginalized groups would also be lasting – particularly for the homeless population, some of whom rely on panhandling to survive, he noted.

The Bank of Canada last month urged retailers to continue allowing cash transactions in part for that reason.

In an effort to mitigate the consequences, the Retail Council of Canada is recommending its members “encourage” contactless payment methods rather than mandating them.

“We’re still finding that a lot of merchants will accept cash, and that’s everything from large entities that have multiple tellers all the way down to convenience stores,” said Karl Littler, senior vice-president of public affairs for the council. “But obviously, it’s the merchant’s prerogative as to whether to do so.”

He said the council’s recommendation errs on the side of caution as both the Bank of Canada and the World Health Organization say handling cash is about as risky as touching other common household objects, such as doorknobs, and warrants a wash of the hands rather than an outright ban.

But Littler said discouraging the use of cash minimizes risk.

“If you give cash, you get cash in return,” Littler said. “And so one of the challenges there is that although the people in the store may be very well oriented toward appropriate sanitization and physical distancing and so on, you’re actually getting somebody else’s cash back.” 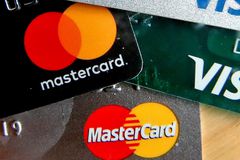 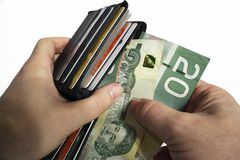 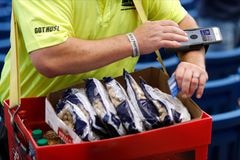