If it wasn’t for the pandemic, Timon Wientziak probably wouldn’t be buying a car while living in downtown Toronto.

He’s looking into purchasing his first vehicle after the pandemic pushed him into carpentry work outside of the city, instead of his usual work as a composer and sound designer.

But the purchase isn’t just based on his job: Wientziak said it’s easy to feel stifled in the city during COVID-19, and having the freedom to get out of town is a plus.

“Toronto is such a concrete place,” said Wientziak, a first-time buyer who’s in the market for an affordable, older used car. “Even though it’s called a city within a park, we would love to get out more, and doing it with the GO train is just not as enticing.”

Data from auto industry analysts shows there are many people like Wientziak who’ve been nudged towards buying a car during the pandemic. And prospective buyers should be aware that higher demand usually means higher prices.

According to research by online marketplace autotrader.ca, the pandemic has caused a surge in demand as people avoid public transport and ride-hailing services.

A survey released by the company in December showed 46 per cent of people who were interested in buying a new car listed the pandemic as a direct reason for their purchase. The website also saw a nearly 28 per cent increase in traffic from May to December.

But the demand was underpinned by supply shortages in both new and used car markets, since some manufacturers stopped production at the start of the pandemic and continue to deal with supply chain issues.

Baris Akyurek, Director of Marketing Intelligence at autotrader.ca, said a lower number of new car sales at the start of the pandemic translated to fewer vehicles being traded in, leading to tighter supply in both markets before an increase in demand.

As a result, the average listing price of a vehicle on the marketplace in December was 5.2 per cent higher than the previous year, now sitting at $19,888.

Akyurek said used cars are a particularly hot commodity because they’re an economical option at a time of financial uncertainty, and depreciation isn’t as much of a concern.

“Moreover, with certified pre-owned programs, you are eligible for extended warranties on used vehicles,” said Akyurek, which protects consumers from the risk associated with used cars.

The Canadian Automobile Dealers Association says it’s optimistic about the growth of new car sales, which have benefited from low interest rates and greater demand as more people move further away from city centres in search of larger homes as a result of the pandemic.

The industry saw an unprecedented 20 per cent drop in sales this year, which CADA Chief Economist Oumar Dicko says was much higher than the 11 per cent drop in auto sales during the 2008 global financial crisis.

Even though sales have rebounded and the pandemic has created strong demand, Dicko said manufacturers are still vulnerable to COVID-19.

“The auto forecast is very closely dependent on the trajectory of the virus in the months to come and the ability to broadly roll out the vaccine,” said Dicko.

“We’re also very concerned about the impact of COVID outbreaks even if they’re very localized, on the global supply chain. This could create labour shortages and there’s a concern right now about the shortage of semiconductor microchips that are used in the production of vehicles.”

Dicko said the current shortage of microchips will already affect inventory in 2021.

Despite the challenges the pandemic has placed on the auto industry, both Akyurek and Dicko expect it to have a lasting and positive effect on auto sales.

“Given the current circumstances of COVID-19, the restrictions and overall fear of contracting the virus by Canadians, this is a better than expected performance by the industry,” said Dicko.

Retailers are changing their COVID-19 return policies: ‘This is truly customer-beware territory’
January 15, 2021 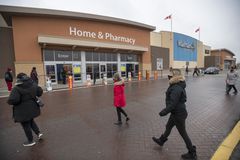 How to decide which model of used car to buy
Subscriber content
January 25, 2021 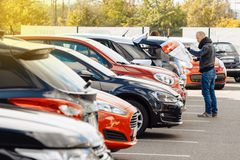 Opinion
A lot of optimism is built into the price of stocks and housing – what’s your plan if things don’t work out?
Subscriber content
January 8, 2021 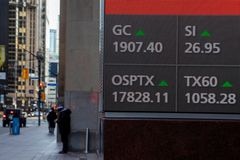