This housing market has nine lives, and I’m not sure which one it’s on.

The net effect: Payment burdens are easing for hundreds of thousands of borrowers. And even the mortgage stress test should get easier to pass once big banks decide to cut their five-year posted rates.

This latest rate dip is largely thanks to the U.S. Federal Reserve. On Wednesday, it told the world that U.S. interest rate increases are virtually off the table this year. Fed officials now project just one measly hike through 2021. And who knows if we even see that?

Given the almost 90-per-cent correlation between five-year U.S. rates and five-year Canadian rates, what the Americans do matters – it matters a lot. And on Thursday, we saw the Government of Canada five-year bond fall almost to 1.5 per cent, the lowest since mid-2017.

With bond yields falling like Niagara, rates on Canada’s most popular term – the five-year fixed – are diving. You can now find a fixed-fiver for less than 3 per cent for the first time since September.

Leading that charge is HSBC with its eye-popping 2.89-per-cent five-year fixed rate. That beats the Big Six banks’ lowest published five-year rate by 60 basis points – or 0.6 of a percentage point. Unfortunately, it’s only for borrowers with less than 20-per-cent equity (that is, default-insured mortgages).

So, what happens if you have 20-per-cent equity or more? You’re looking at five-year fixed rates from 3.08 per cent to 3.39 per cent depending on your mortgage type (switch lenders or refinance) and depending on your mortgage size relative to home value. Any rate in the low 3-per-cent range is still darned good, and 30-plus basis points cheaper than peak rates last fall.

Our mega-banks are losing the battle on five-year terms to smaller institutions and brokers. One has to wonder how long that will last.

What banks are doing now is starting to compete more aggressively in “off-terms.” Royal Bank of Canada is one example with Canada’s lowest nationally available four-year fixed rate, 3.24 per cent. That’s not a shabby deal for a four-year, but most will gravitate to the more familiar five-year fixed or cheaper three-year, so RBC may not get much traction.

Three-year fixed terms, which are now near or less than 3 per cent, are far more interesting. If you’re a well-qualified borrower and believe the Bank of Canada’s next rate move is down, you’ll not want to lock in for five full years. In that case, a three-year, sub-3-per-cent mortgage looks mighty delicious.

And don’t forget, having a two-year-shorter term gives you more ability to avoid penalties when refinancing, given people break or renegotiate their mortgages every three to four years, on average.

If you’re purchasing a home or switching from one lender to another, you can fetch floating rates for effectively as low as 2.55 per cent (on default-insured mortgages) and 2.95 per cent (for insurable mortgages):

If you’re refinancing, you need an uninsured mortgage. Uninsured rates are materially higher in the variable-rate market (3.19 per cent or more). If you’re in this boat and can find a one-year term under 3 per cent instead, that may be the way to go. If rates pan out as the Fed’s guidance implies, you might find that you can refinance into a meaningfully cheaper rate (potentially a cheaper variable rate) one year from now.

One more thing. As I noted a few weeks ago, the gap between fixed and variable rates has got pretty skinny (one-quarter point or less). That’s largely because bonds traders think rates will stay low – and definitely under their 2018 highs – for at least a few more years. If they’re right, and if you’re financially secure, then going variable under 3 per cent is still a bet worth making.

Robert McLister is a founder of RateSpy.com and intelliMortgage. You can follow him on Twitter at @RateSpy. 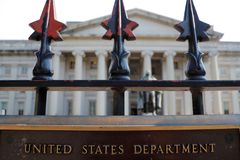 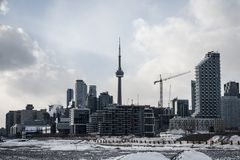