Living at home with her parents at the age of 28, Stephanie Clarke wants to get on with her life.

But how? She has a multiyear plan for building up a down payment for a house while living with her folks and doubts she could keep that up if she moved out.

“It’s smart for me to stay at home,” Ms. Clarke said in a recent interview. “But I don’t want to be 33 and living at home – that’s not what I visualized for myself.”

Ms. Clarke contacted me by e-mail to ask a question that comes down to this: Will she mess up her life financially if she moves out now and rents a place to live? The answer is no. From what I can tell of her abilities with money, she’d be just fine if it happened that she rented forever.

But there’s a wider question raised here – how much should young adults sacrifice to own a home? Should you put your life on hold to save for a house, or is it okay to opt out and rent?

Ms. Clarke’s parents are fine with her living at home in Ajax, Ont., just east of Toronto, and they charge her zero rent (she does contribute money for car insurance and the telecom bill). Her problem is simple: “I want to get on with the next phase of my life.”

Roughly two-thirds of Ms. Clarke’s friends live at home, mainly because of job issues. “Lots of them have struggled so much to find full-time work,” she said. “They work contract jobs a lot, and every few months it’s always changing. They don’t know if they’re going to have a job or not.”

Ms. Clarke had a temporary contract, but she now has a full-time position as a student adviser at a Toronto-area community college. On the weekend, she works at something called a float centre, where you can relax by floating in a salt-water tank. Altogether, she’s bringing home enough money to have a solid foundation in her tax-free savings account and registered retirement savings plan, and a strong likelihood of having her student debt paid off by year’s end.

Once the student debt is paid off, her plan is to redirect her former student debt payments into her tax-free savings account. In four or so years, she hopes to have enough for a down payment.

Members of the cult of housing will applaud this young woman’s discipline and commitment. According to a budget she sent in her e-mail, spending on herself every month includes just a gym membership and Netflix. She says she also goes for a dinner out and a movie maybe once a week.

Moving out would help Ms. Clarke shift into the next phase of her life, but at the cost of near-term home ownership. So, what about adopting a longer-term plan to own a home? She could buy a house at 38, aim to have the mortgage paid in 20 years and still have time to top up her savings before retirement.

In fact, Ms. Clarke’s money skills give her a strong chance of being a financially successful renter. All she has to do is take the money she’s saving by renting (no property taxes or home maintenance/improvement costs) and invest it for the long term.

Homeowners often scoff at the idea of renters being able to do this, but Ms. Clarke is a recent convert to smart money management. “It started in September,” she recalls. “My sister had a birthday and her friend got her this book called The Total Money Makeover by Dave Ramsey. My sister didn’t read it all. I read it thoroughly, and I went, ‘Whoa.’ It was really amazing, actually. It really turned my head around on a lot of things.”

One of those things is debt. After working so hard to get rid of her student debt, she’s wondering about how much she’d owe as a homeowner. “It’s the idea of all this debt raining down on me for 20-something years. That’s something that really concerns me about owning a home.”

Ms. Clarke is on to something here. Owning a home can be as much a financial sacrifice as saving to buy one. 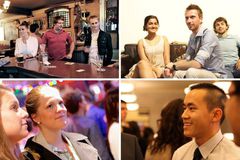 Eliminating the gender gap: Thanks to millennials, change is coming
July 25, 2018 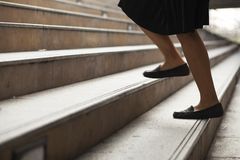 Seniors have too much house. Millennials have none. And a business model is born
July 19, 2018 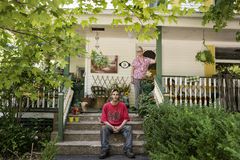