A motto for the prepared home owner: Water is coming.

Apologies for jumping aboard the Game of Thrones trend – “Winter is coming” is the motto of a dynastic family in the book and TV series. But there is no overdramatizing water’s malevolent force when you own a house with a basement.

To help both home owners and property-insurance companies fight basement flooding, a group based at the University of Waterloo has assembled a list of things you can often do for less than $250 to protect your home.

Some zero-cost, no-brainer steps: Clean out your eaves troughs and remove debris from the storm drains nearest your house. If you have a sump pump, test it periodically to make sure it’s in good working order. And if you have a backwater valve, meant to prevent sewer backups into your basement, clean it out from time to time.

Some do-it-yourself upgrades that often cost less than $250: Extend your downspouts and sump pump discharge pipes at least two metres from the foundation of your home; store the valuables and hazardous materials in your basement in watertight containers, or remove them; move boxes and other obstructions that block the flow of water to your basement floor drain; install and maintain window well covers; and, install and maintain flood alarms (kind of like smoke alarms, for water).

“What is shocking is how simple is it, with just a little bit of guidance, to put a lot of these precautionary measures in place,” said Blair Feltmate, head of the Intact Centre on Climate Adaptation at the University of Waterloo.

These flood-protection measures are based on assessments of more than 500 Ontario and Saskatchewan homes in 2017 and 2018. The goal was to find out which factors most commonly put houses at risk of water flowing or seeping into basements via drains, walls or ground level windows.

There are two aspects to flooding – sewer backups caused when storms overwhelm a city’s sewer system and overland flooding from heavy rains or overflowing rivers and lakes.

The financial pitch for spending that $250 to keep the water out is that the average flooded basement in Canada costs $43,000 to fix, according to Mr. Feltmate. Even with property insurance, your cost could be in the tens of thousands of dollars.

Waterlogged basements are expensive, and they’re becoming more common. Flooding is a big reason why in nine of the past 10 years, losses from catastrophic events for property insurers have been more than $1-billion in Canada after adjusting for inflation and rising home values. That’s up from an average $250-million to $400-million from 1983 to 2008.

Mr. Feltmate said water-related claims are on the rise because of the loss of forests and marshes as land is developed (they soak up water), and climate change. “We’re getting more storms of greater magnitude over shorter periods of time,” he said. “They’re effectively dropping water bombs of rain that contribute to flooding.”

Spending $250 on flood protection seems almost a bargain when you look at some of the trends in home-insurance coverage. Basically, premiums are rising while coverage levels are receding.

Insurers are declining to offer flood coverage in some areas, and they may also cap the amount of coverage they offer for flood-related claims. This helps explain why, according to Mr. Feltmate, there are $3 to $4 in uninsurable losses for every $1 of insurable losses. If you’re not sure about your coverage for both sewer back up and overland flooding, check your policy or call your insurance agent or broker.

The urgency of taking steps to protect your basement increases when you’ve spent a lot on a basement reno that includes carpeting or flooring, furniture and electronics. If you’re in this position, consider taking additional steps suggested by Waterloo’s centre on climate adaptation. For example, you could install a backwater valve, which might cost in the area of $3,000. Mr. Feltmate said cities may offer a subsidy of about 70 per cent for backwater-valve installation.

Confident your house is secure because you’ve never had a flooding problem? Mr. Feltmate said ever more extreme weather means that even a previously watertight house could be vulnerable. Like I said, water is coming. Spending just $250 could save your basement. 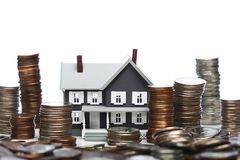 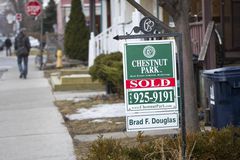 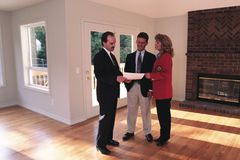