In both multibillion-dollar industries, a lot of research has been put into the psychology of what influences our spending. And one way to spend more money is to spend more time in either venue. Hence, you’ll find few visual cues as to how much time has passed.

There are also attempts to make grocery stores about more than just groceries. Today, you can walk into one and grab a latte, order a ready-to-eat meal and park yourself at a table and listen to live music. Referred to as a “grocerant,” a mash up of “grocery store” and “restaurant,” it’s not only a new way to expand revenue lines and offer convenience to customers, it can also keep you in the store longer.

Research into the tempo of music piped through a grocer’s sound system showed that slow tempo music led to slower customer traffic flows and more spending. Another experiment showed that doubling shopping cart sizes led consumers to spend 40 per cent more. And of course, we all know you shouldn’t show up hungry.

Whether your goal is to eat more healthily or spend more mindfully, there are plenty of strategies you could employ on your next trip to the supermarket.

“If you normally shop the produce section from left to right, you can try shopping from right to left next time as a mini challenge to yourself,” says Oliver Horton, an executive adviser at the Toronto-based behavioural economics consulting firm BEworks. He spent 25 years in the retail and consumer goods sectors, including a stint as senior vice-president in Walmart Canada’s grocery business.

“One of the mental shortcuts people employ is a ‘status quo bias’ whereby our behaviours tend to remain unchanged. The intervention of reversing the path we take in the grocery store can change our perspective and may help prevent us from defaulting to our standard behaviours,” Mr. Horton says.

The tried-and-true advice to make a list works. By making a list, even a mental list, you are employing precommitment. By indicating in advance that you want to purchase certain items, you will want to reconcile those intentions with actually having bought said items.

Assigning a spending limit to your shopping list is good, but even better is to segregate your list into categories with their own allocations. If your overall budget is $150 for the week and you normally spend $20 on fruits and vegetables and $30 on packaged snacks, you can reweight the different categories while maintaining the overall budget limit. You could target $40 on fruits and vegetables and maybe $10 on packaged snacks instead.

BEworks’ chief client officer, David Lewis, also offered an example of how priming ourselves can alter our behaviour. “People who apply for auto insurance may be familiar with having to declare that the information they provide on their application is true by ticking a box to that effect. If you put that declarative statement at the beginning of the form, the average mileage declared is about 10 per cent higher than if you put it at the end,” Mr. Lewis says. So by asking people to verify their honesty before entering in their information, they considered their answers more carefully.

And of course, because insurance premiums are higher if you drive more, that matters. You can prime better grocery shopping by simply writing down at the top of your list, “I will make more healthy choices” or “I will focus on comparing prices between brand names and generic store items.”

Writing yourself a little motivational note on your shopping list might sound a bit hokey, not unlike whispering to a pair of dice before throwing them down the craps table in a casino. The only difference is that one of these strategies actually works. 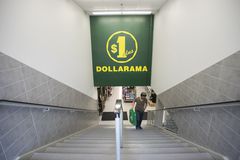 The emerging threat to personal finances in a cashless world: Paying with plastic doesn’t feel as painful as cash
March 11, 2019 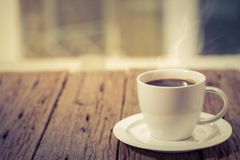 Bad cooking habits that are costing you money
April 25, 2019 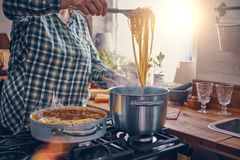