When Amanda Bartley found out two new hires at her company were making more money than she was despite having less experience and holding the same title, she decided to ask for a raise. She figured the worst her employer could do was say no. She was wrong.

“Not only did the [they] say no, they ended up ushering me into a meeting where they aggressively accused me of contributing to toxicity in the workplace culture,” says Ms. Bartley, a human behaviour researcher. “There was no real examination of what had actually happened. And yet, the inference was that I was the aggressor causing harm.”

Her experience is, unfortunately, not uncommon. Contrary to pervasive advice that women can help solve the gender wage gap simply by negotiating for better pay, researchers have found it sometimes does hurt to ask for more money – especially for Black women such as Ms. Bartley. Learning to negotiate more effectively can help individuals, but experts say real change requires companies to be transparent about compensation.

According to Power On Negotiation, a consortium program from Harvard University, Massachusetts Institute of Technology and Tufts University, “when women negotiate for higher salaries … their requests often face a backlash: Relative to men who ask for more, women are penalized financially, are considered less hirable and less likable, and are less likely to be promoted.”

Race is another complicating factor. There’s a well-documented racial wage gap in Canada. According to a 2019 report by the Canadian Centre for Policy Alternatives, in 2015, racialized men earned 78 cents for every dollar that non-racialized men earned, and racialized women earned just 59 cents. That racial gap, too, may be partly owing to difficulty negotiating.

A U.S. study published in the Journal of Applied Psychology in 2018 found “Black job seekers are expected to negotiate less than their white counterparts and are penalized in negotiations with lower salary outcomes when this expectation is violated; especially when they negotiate with an evaluator who is more racially biased.”

And problems aren’t restricted to full-time work. When freelance lawyer Samantha Peters, who uses the pronouns they and she, was called to the bar in Alberta and Ontario in 2020, they decided they would take on contracts instead of seeking a full-time role. But when they tried to negotiate their rates, they would sometimes lose out on a contract altogether.

“It changed how I feel about negotiations,” they say. “What I do not like about negotiations is the lack of transparency by potential employers, organizations, etc. with respect to [rates]. What is your budget? What have you paid other folks who have provided this service? This is the kind of information that ought to be provided upfront.”

According to Allison Venditti, a Toronto HR expert and founder of career coaching service Careerlove, there’s an easy explanation for the experiences of Ms. Bartley and Ms. Peters: patriarchy. “The system of work was not designed for women. Full stop,” she says. “Those deep-seated pieces around a woman’s place and us being ‘aggressive and greedy’ still hold.”

Advocates, Ms. Venditti among them, are pushing companies to embrace wage transparency. But they agree that women should still negotiate. Negotiating should not be limited to a higher salary, or to long-time employees. New hires can also ask for improved benefits to kick in immediately, look into pension options, negotiate more personal days, arrange to work from home and take part in leadership courses. Remember to get any non-salary perks in writing, otherwise there won’t be proof of the arrangement if your boss leaves or gets promoted.

Ritu Bhasin, founder and president of Bhasin Consulting Inc., says there are two ways to make sure you have the best possible outcome: market research and coming up with a script so you can practise asking for more money.

“When negotiating, it’s really important to have a very good understanding of the range the market is paying [for similar roles] and the range the company is offering for the job that you’re seeking,” she says. Otherwise, “if a recruiter calls you or you’re in the midst of an interview and the question is posed, you may speak off the cuff and [get] locked into whatever answer you have given.”

The goal is to make sure you don’t undercut your value or give a pie-in-the-sky number that may take you out of the running. Sites such as Glassdoor and Payscale can help, but colleagues or mentors who are transparent about their wages are even better.

Of course, companies that are upfront about salaries are the best. Despite how Ms. Bartley’s company reacted, it’s not illegal to discuss compensation with your colleagues.

“One of the biggest differences that you can make in a woman’s career is to open the secret curtain – tell them about how salaries are set, when the budget comes out, [how] things work with manager Y. That is how change happens,” Ms. Venditti says. “[Though] if we just legislated pay transparency, [we] wouldn’t even need to be talking about this. That is my ultimate goal.”

Ms. Bartley agrees. “Companies need to list open salary ranges and benefits in the job description,” she says, noting that she uses compensation sites, LinkedIn and, if possible, contacts at the company to figure out whether a job’s salary is reasonable.

“But as I’m sharing all of these ideas [to find out what a salary range might be], I’m like, ‘Oh, my gosh, this is the amount of work that we need to in order to not be discriminated against financially.’” 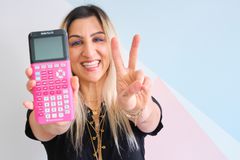 Can this couple split income and still use the Home Buyers’ Plan to boost their down payment?
April 1, 2021 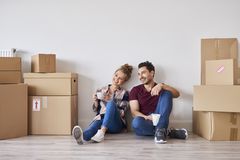 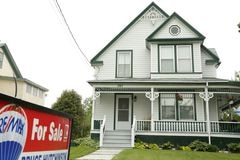