Make a boomer’s day: Ask about inflation in the 1980s.

Inflation ran amok in the 1970s and early ’80s and had to be crushed with interest rate hikes that seem unimaginable today. Mortgage rates briefly surpassed 20 per cent, a traumatic experience that baby boomers consider to be on par with the recent nationwide surge in house prices.

Now, after decades as a non-factor, inflation is back. If it lingers, it could be the biggest threat to your financial health and standard of living.

A column on inflation-fighting investments is in the works. Protecting your household finances is a tougher nut to crack. Inflation is unavoidable when it affects staples such as food, but can you hold off on non-discretionary spending such as renovations and new vehicles? Right now, these are inflation hot spots.

The inflation debate today is about whether upward pressure on prices is short-term, or more entrenched. What we know for certain is that inflation is definitely a thing in mid-2021.

We’ve heard a lot about the $200-billion in cash that fortunate households have been able to save during the pandemic lockdown. Expect this money to flow into the economy in a way that feeds demand and, in turn, inflation. What this pile of cash apparently cannot do is assuage the fear in many households that the rising cost of living is making life less affordable.

In the recently issued 2021 Financial Stress Index from the financial planning organization FP Canada, paying bills and expenses tied with saving enough for retirement as the top concern. The 2021 Canadian Retirement Survey from the Healthcare of Ontario Pension Plan found that 56 per cent of participants were worried about day-to-day living costs. The second-ranked concern was having enough money to retire, at 48 per cent.

If you have cash saved, you’ll get more short-term satisfaction from spending it and more long-term gratification from paying down debt. An effective way to add some resiliency to your household finances in inflationary times is to reduce the amount you pay monthly for non-mortgage debt.

If you’re spending, be inflation-aware. Consider planning your renovation for next year or 2023 in hopes prices for building materials ease back. Lumber prices have declined from peak levels this year, though they’re still higher than 12 months ago.

Prices for new and used cars have been on the rise as people resume driving farther than the local grocery store. Where possible, keep your existing ride for another year or so until the post-pandemic vehicle-buying rush dies down.

Car rental agencies are starting to get booked up, and that means we should expect higher costs. Add soaring gasoline prices to the driving picture and you have an argument for checking out the cost of flying to your travel destination in the second half of the year. For now, airlines are offering cheap flights to lure flyers back.

For now, inflation is murdering the returns from money safely parked in cash. But once the Bank of Canada starts raising its benchmark interest rates, returns from savings will start to rise. The more inflation becomes a factor, the more rates on savings will improve.

Economists say that one of the tests of inflation’s longevity is whether wages start to rise. A bigger-than-usual pay increase helps you keep pace with a higher cost of living, but it’s also a sign that inflation is starting to dig in.

Let’s not get ahead of ourselves in worrying about an inflationary spiral. It’s the job of the Bank of Canada and other central banks to keep inflation under control. They might tolerate inflation at current levels as a necessary evil in getting the economy going again, but notably higher price increases would represent a major fail on their part. 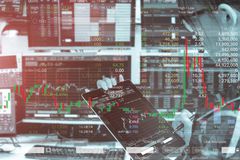 Opinion
A financial shock is coming for those who jumped into the housing market during the COVID-19 pandemic
Subscriber content
June 30, 2021 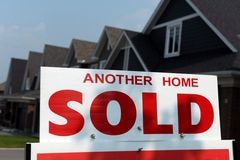 Canadians are overestimating their future stock market returns. Plus, Rosenberg’s top investment ideas, and is it time to sell RBC shares?
June 25, 2021 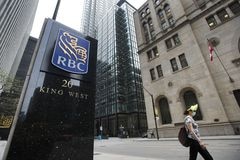