Reverse mortgages are booming with 20-per-cent annual growth. But they still have a ton of critics.

The No. 1 knock on them: The rates are too high.

There was hope this would change when Equitable Bank entered the market to rival HomeEquity Bank in 2018. Now, at long last, competition is paying off. Equitable Bank has dropped its pants on interest rates.

But, there’s a catch. Whereas a regular reverse mortgage lets you tap your approved credit limit over time, Equitable asks you to take the full amount you’re approved for up front, if you want a better rate.

And better, it is. Equitable’s new “Lump Sum Reverse Mortgage” rates are the lowest it’s ever offered in Canada – as low as 4.59 per cent for a one-year fixed. That’s equivalent to prime rate plus 0.64 percentage points.

That finally puts reverse mortgage rates within a stone’s throw of home equity line of credit (HELOC) rates, which are generally prime plus 0.50 (4.45 per cent today) give or take.

HELOCs are often suggested as a better alternative because their interest costs are lower. Moreover, you can borrow from a HELOC as you need it, versus racking up interest on a big upfront lump sum. Unfortunately, most seniors in need of cash can’t qualify for a HELOC.

Why Equitable Bank is doing this

Slashing interest rates is a fast way to get noticed.

Compared with the lowest five-year fixed reverse mortgage rates of 5.49 per cent, Equitable’s Lump Sum Reverse Mortgage rate is just 4.89 per cent. That can save seniors almost $10,000 in interest over 10 years, per $100,000 borrowed.

Equitable says these savings are made possible in part because it can avoid keeping costly capital in reserve when borrowers take their approved loan amount all at once. Normally, if a lender approves you for a reverse mortgage and you don’t take all the money up front, it must set money aside in case you tap the credit limit in the future. That costs Equitable Bank roughly $500 a year per $100,000 of undrawn balance.

“We are incurring expense on that but not generating interest because clients don’t pay interest on an undrawn balance,” says Paul von Martels, vice-president, prime and reverse mortgage lending, Equitable Bank.

“About 50 per cent of clients take almost the entire amount they’re eligible for at origination,” Mr. von Martels adds.

They commonly use that money to:

HomeEquity Bank says the number of borrowers who take the full amount at closing is lower in its case. In the past year, it says reverse mortgage borrowers have taken about 70 per cent of the amounts they’ve been approved for, on average.

For that reason, HomeEquity has no current plans for a similar product, said Yvonne Ziomecki, EVP Marketing and Sales at HomeEquity Bank.

Of course, offering such a product would also cannibalize some of HomeEquity’s existing business, which it probably isn’t excited about.

Equitable’s new policy has another benefit as well. For those who get a regular reverse mortgage (and don’t borrow the whole amount at once), they can renew into the Lump Sum Reverse Mortgage once they’ve tapped all of their credit limit and qualify for the much lower rate then.

If you’re shopping for a reverse mortgage, you’re probably gung-ho to save all the interest you can. But rates aren’t the only factor.

For one, Equitable Bank is more conservative on its loan amounts than HomeEquity Bank. The latter will lend you up to an extra 15 per cent of your home value. In other words, you can qualify for up to $75,000 more money from HomeEquity Bank on a $500,000 home, depending on your age and location. Of course, that matters only if you need the extra borrowing power – which most people do, by the way.

Secondly, if you want a reverse mortgage whereby you can pull out more money over time, you’ll have to pay a steeper rate. The best reverse mortgage rates on that sort of product are about 0.60 percentage points higher, as of today.

Then again, “life happens,” Mr. von Martels says. Paying for flexibility can make sense. If you later found you didn’t take enough money upfront, you’d potentially have to refinance. That could potentially entail another $2,500 to $3,000 in reverse mortgage closing costs, plus penalties ranging from three to five months interest in Equitable Bank’s case.

Is this a game changer?

“Our view is that this option will be a significant force in changing attitudes about reverse mortgages,” Mr. von Martels says.

Banks such as Equitable and HomeEquity want to tear down the stigma reverse mortgages have with financial advisers and children of the borrowers, who constantly harp on the high rates. And this goes a long way toward doing that.

But it won’t please everyone. Some will undoubtedly argue that these lower rates incentivize people to take bigger lump sums. Then again, it’s not exactly rational to take $50,000 more than you need, for example, to save (say) $1,000 a year in interest. Moreover, people can still get a regular reverse mortgage from Equitable if they want to take money as they need it.

When all is said and done, what this does is afford seniors more choice. It also fuels more rate competition in a space that has desperately needed it for years.

If you want a “don’t pay until you die or move” mortgage, and you know how much you’ll need up front, you might as well save a chunk of interest.

Should we repair more of our stuff instead of throwing it out?
December 10, 2019 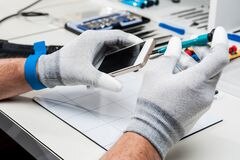 How much are you spending on alcohol?
December 5, 2019 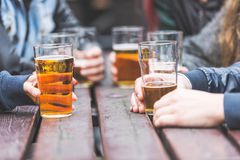 Keep your holiday shipping costs down by planning ahead
December 3, 2019 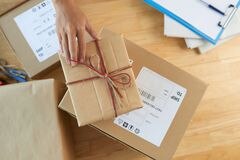