When Shawn Barney found his anxiety spiralling out of control, leaving him suffering from debilitating panic attacks, one of the things that he found helped calm him was spending money.

Soon, he owed $90,000. Weighed down by this debt, he found the depression he had suffered for a long time returned and he began to experience severe mood swings. He consulted a psychiatrist and was diagnosed with bipolar disorder.

“The reckless spending – that’s totally what a bipolar person would do,” Mr. Barney says. He is being treated for the disorder and he knows he is lucky: He has the support of his family and friends.

Many Canadians make poor financial decisions but people with mental-health conditions such as severe anxiety or depression, bipolar disorder, schizophrenia or an addiction, can experience financial challenges much more profoundly. As their conditions ebb and flow, due to medication or treatment changes, some find they can’t make good money decisions; others compulsively overspend without realizing the consequences.

The tricky part comes when loved ones try to gauge when they need assistance from friends or family – or special safeguards to protect their assets and prevent bankruptcy.

He frequently gets calls from family members seeking guidance on how to help loved ones who have mental-health issues and are in financial crisis. Often, he says, those who are overspending eventually realize that what they’re doing is making their condition worse.

“When you have mental-health issues, and ongoing challenges with overspending, it will lead to feelings of guilt, anger, self-worth issues and sleep problems,” he says. It becomes a vicious circle as people try to help themselves feel better by spending more. “Some people are looking for an escape,” he says.

What they need is trusted friends and family who can guide them and keep track of where their money is going, says Jeremy Clark, a financial adviser with a neuroscience background who has studied bipolar disorder and schizophrenia.

Mr. Clark, president and CEO of CH Financial in Calgary, says a good first step is to appoint a family member or friend who is the client’s "trusted person.” This person can be authorized to make financial decisions when the client cannot.

The most effective way is by appointing an “immediate power of attorney,” he says, because it comes into effect as soon as it is signed. This document doesn’t take away a person’s right to sign on their own behalf; it just adds someone else who can do it for them.

“Have them come to all the [adviser] meetings,” he says.

They also need to ensure that they are connected with a financial adviser who can help the client with a mental illness manage his or her finances – with the client’s best interests at heart. A big part of that means telling the adviser about the person’s mental-health struggles, so the adviser knows what’s going on.

Mr. Clark recalls a client suffering from bipolar disorder who suddenly arrived at his office demanding $10,000. Knowing of his condition, Mr. Clark says he told him: “‘I want to give it to you, but it’s not the best for you.’ We settled on a few thousand,” he says.

It’s why he suggests clients put in writing how much they will withdraw annually – and sign it at a time when their condition is being well-managed. “Have those things properly codified,” he says. He says what’s worked for many of his clients with mental-health issues is to keep things “as consistent as possible,” with a steady flow of income through automated transfers, rather than impulsive large withdrawals.

Another way to curtail spending is to have limits on all accounts, Mr. Clark says. “Limit the number of credit cards to two and the maximum on each of them to $5,000,” he says. “That’s the kind of debt you can work off.”

In Mr. Barney’s case, in addition to the out-of-control consumer purchases, he was making charitable donations, from a few hundred dollars to a thousand. “It was guilt spending,” says Mr. Barney, who works full-time in Ottawa and has a good salary with benefits. He secured one line of credit, then another. “I was spending when I should have been paying off debt,” he says.

Once Mr. Barney was getting treatment for his mental-health issues, he was able to come to terms with his debt and commit to paying it off. He now monitors his spending using budgeting app Mint and checks his credit score regularly. He’s also scaled back his social life, inviting friends over rather than going out for pricey dinners.

“I’ve kind of accepted that three years of bad decision-making is going to affect the next five to seven years.”

Vicky Stergiopoulos, physician in chief at the Centre for Addiction and Mental Health in Toronto, says help is available for those struggling with finances. They can receive help from social workers or health teams via programs in their community. She says these resources can include credit counselling, budgeting and financial planning.

Should an individual’s condition worsen dramatically, there is also the option of an involuntary trusteeship, Dr. Stergiopoulos says. “That’s where we identify when someone is not able to make financial decisions.” At that time, another person is appointed to make all financial decisions on behalf of that person.

Dr. Stergiopoulos acknowledges the issue is tricky – for those suffering from mental illness and for those trying to help them. “Balancing people’s rights is always a challenge,” she says. “Somebody could make bad decisions and it’s still their choice.” 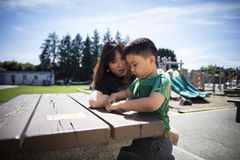 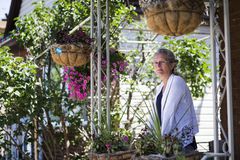 A serious illness at a young age can trigger a financial crisis
May 15, 2017
Follow us on Twitter @globemoney Opens in a new window
Report an error Editorial code of conduct
Due to technical reasons, we have temporarily removed commenting from our articles. We hope to have this fixed soon. Thank you for your patience. If you are looking to give feedback on our new site, please send it along to feedback@globeandmail.com. If you want to write a letter to the editor, please forward to letters@globeandmail.com.
Comments