Ever go out for a casual dinner with a friend and end up spending twice what you planned? Or order the most expensive item from the secret menu at Burger’s Priest just for the Instagram joy of seeing a towering pile of hamburger sandwiched between two grilled cheeses?

Now more than ever, we eat out. And it’s having an impact on our wallets - as well as our waistlines. According to Dalhousie University’s 2018 Food Price Report, the average Canadian family will spend $7,049 at restaurants this year — $208 more than in 2017. Dining out will account for 59 per cent of our total food budget? How does that even happen?

While it’s clear that people are eating out more often, there’s another influential component of restaurant dining that we consistently underestimate: the menu. Every detail of a menu’s design is calculated to influence what you eat, how it makes you feel and which information you share with others to ensure you come back and bring your friends.

Restaurants successfully deploy hundreds of subtle nudges to part you with your money. I’m going to take you on a short tour of these tactics so you’re better equipped to navigate your next meal.

The prices (or lack thereof)

When looking at a menu, do you jump to the numbers on the right-hand side before reading the options on the left? When prices are displayed in a column, and especially when organized from low to high, we are more likely to base our choices on cost. Here’s a subtle ruse some restaurants employ: Studies have shown that by strategically placing the price at the end of each description, or below the item, our natural tendency to visually scan the prices is disrupted. The cost of the dish has less impact on our decisions.

Researchers at Cornell University have also shown that how the values are presented have a significant influence on sales. For instance, during a lunchtime seating at the Culinary Institute of America’s St. Andrews Cafe in New York, researchers studied what happens when a price is presented in traditional dollars and cents (“$20.00”), a round number with no dollar sign (“20”), and spelled out (“twenty dollars”). They found that guests spent significantly more when presented with the number alone. Removing simple cues that remind us we’re dealing with money makes the price as inconspicuous as possible, which can be enough to encourage spending.

The choices (or lack thereof)

Did you know that when McDonald’s first debuted in 1955, the restaurant offered just nine items? By 2015, the menu had ballooned to 140 items, with more than 50 ways to order a hamburger. When revenues began to falter the first thing executives did was start paring back the menu. Not only does a shorter menu ensure a level of efficiency in the kitchen, it exploits inefficiencies in our decision-making process. Good marketers and behavioural scientists know that more choices often translates to harder decisions. In fact, it often results in choice overload, or “analysis paralysis,” the cognitive process whereby people struggle to make a decision when faced with many options.

Back in 2000, a series of experiments in grocery stores found that people were more likely to purchase jams when presented with a limited array of six choices in comparison to a more extensive selection of 24 choices (30 per cent in the first group made a purchase compared with only 3 per cent in the second). Additionally, customers who chose from the more limited menu were more likely to say they were happy with their selection. It’s just another reason why that buzzy new restaurant you’ve been dying to try has just a few items on its menu.

The order of options

How do you go about deciding which wine to order? Unless you’re a connoisseur of fine wines, you probably identify the most and least expensive options and settle for something in the middle. Or maybe you ask the waitress for help. One classic experiment by the famed behavioural economist Richard Thaler found that when people were offered a premium beer for $2.50 or a bargain beer for $1.80, around 80 per cent chose the more expensive beer. But when a third lower-priced beer was introduced at $1.60, most people went for the $1.80 beer instead. We tend to evaluate options based on surrounding information: Things only seem cheap or expensive when compared with an alternative. As such, restaurants often place an expensive item at the top of the menu so the other dishes look reasonably priced. A $20 pasta doesn’t look so expensive when compared with a $50 lamb chop.

What is it about a Sicilian vine-ripened tomato salad that just sounds … expensive? Or a grass-fed 60-day dry-aged rib-eye steak? Or crispy beer-battered Vidalia onion rings tossed in aromatic toasted black pepper and thyme served with lemon truffle infused emulsified aioli? Research by Brian Wansink at the Cornell Food and Brand Lab found that descriptive labels on menus can increase sales by as much as 30 per cent.

But here’s something weird: Mr. Wansik also found that customers who read these descriptions also reported feeling more satisfied with their meals than those who read simple descriptions. Taste expectations influence our evaluation due to priming, the idea that we are influenced by subconscious cues. Simply reading the word “velvety” or “juicy” sends signals to our brains that subconsciously activate our salivary glands and preparing us for something delicious.

The truth is, we all fall for these tricks regardless of intelligence. But getting some insight into how restaurants use menu engineering already puts you ahead of the curve. If increasing your awareness isn’t enough there are a few things you can try. Challenge yourself to look past the menu and decide what to eat based on the food rather than deceptive pricing, placement or seductive descriptions. Think of all the money you’ll save.

Stephanie Bank is a behavioural economist at Evree, a Toronto startup that makes an app that makes saving as easy as spending. 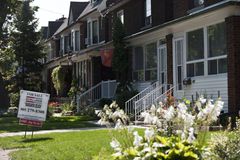 Four ways to trick your brain into saving more
June 12, 2018 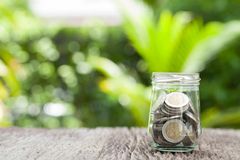