Sandy Trpcic’s son was supposed to be in Spain last month, at a two-week soccer tournament organized by soccer club Barca Academy. He and his brother have played in the club’s Mississauga-based competitive soccer program for years, attending Spanish tournaments in past years.

When COVID-19 hit, the tournament was cancelled. Ms. Trpcic has spent the past several months attempting to recover $7,000 in fees from the club – and getting nowhere. She’s happy she didn’t pay upfront for the summer session, which many of her friends did, and which would have left her out an additional $5,400.

Last week, BCN Sports, which runs Barca Academy, announced it was preparing to file for insolvency, leaving hundreds of families across Canada with losses totalling anywhere from $500 to $19,000.

“It’s terrible,” she says. “We put in so much time in the academy and our children were there for years."

Ms. Trpcic’s situation is hardly unique. With registration for summer day and overnight camps, as well as sports and arts programming, kicking off in February, many Canadian parents had already spent thousands on registration and tuition fees before COVID-19 upended children’s programming across the country.

Since these sports, arts and summer camps are businesses that are struggling to stay afloat with no sense of when – or if – they will reopen, some are refusing to uphold their regular refund policies, or are opting to hang on to client fees as credit. At the same time, the pandemic has left some parents out of work and the added strain of losing thousands in program fees is adding significant financial pressure.

“It can be really tough right now as so many households have less money coming in,” says Robin Taub, a financial writer and consultant. "Those financial outlays once seemed reasonable – and now they wish they could get their money back.”

Ms. Taub says that many families have incomes that are drastically reduced at the moment, and “every dollar has an impact on a family’s situation.” She adds that many programs are also viewed as child care by parents who need them to go to work, complicating the issue further.

However, she says, many families with long-standing relationships with service providers may be hesitant to pursue refunds aggressively for fear of fallout for their children should they remain in a club or program. “It’s a real conundrum,” she says.

On the service provider end, many businesses are digging in and not honouring their previous policies. In Ms. Trpcic’s case, Barca Academy said that its refund policy is no longer valid – and that it is invoking “force majeure,” a legal term that in effect indicates an act of God has resulted in a breach of contract.

But Kenneth Whitehurst, executive director of the Consumers Council of Canada, says that force majeure is a two-way street. “Contracts are not one way,” he says, meaning they do not just protect the provider. “As a customer, I should not have to pay for that.”

Also, companies can’t legally invoke a force majeure if the contract doesn’t contain such a clause.

Mr. Whitehurst points out that many businesses are getting considerable federal relief – “so they should deliver something to the customer. They need to consider their obligations.”

Lori Lewis is out $2,000 for swimming lessons for her two daughters. The Toronto-based mom says that the company has told her she can use the money for classes in summer, fall or winter, but that it will not be issuing refunds at this time. Although she’d like to resume classes, the unpredictability of the pandemic means she likely won’t use that credit any time soon.

“In these times of uncertainty, I’d rather have my money than an IOU,” Ms. Lewis says. “I also want to know why companies are allowed to change their refund policies during the pandemic.”

Though a business may change the rules, Ms. Taub says that if a family is seeking a refund, making a formal request for one to the service provider should be a first step.

If a company has filed for bankruptcy, Mr. Whitehurst says that families can either pursue the company by filing a claim with a credit card company – if the fees were paid using a credit card – or issuing stop payments for postdated cheques by contacting their bank. If debit was used to pay, a registered letter stating the amount owed should be sent to the company.

He says if a company is offering credit – and there is a relationship to maintain – families should consider accepting it to help ensure the future viability of the company. “There are services that wouldn’t exist if the risk was not shared by the customer,” he says.

And compensation may not be possible, Ms. Taub says. “Those refunds may not be forthcoming,” she says. “You can’t get blood from a stone.”

She suggests that families who have lost thousands in fees draw up a new budget – and see where they can cut back on discretionary spending. “Maybe you’ve got an account set aside for travel,” she says, which won’t be happening this year. “You can turn it into your emergency fund.”

Mr. Whitehurst says that ultimately, businesses should not be spending their customers’ money before they’ve provided services. And companies should be making provisions for their future obligations.

“Businesses that want to have goodwill should do the utmost to have happy customers,” he says. Consumers, on the other hand, should read the fine print on any future service agreements.

“This is a wake-up call for consumers as to what their agreements are,” Mr. Whitehurst says. 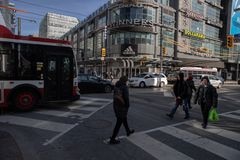 Summer camps hold out hope amid uncertainty caused by COVID-19 pandemic
May 6, 2020 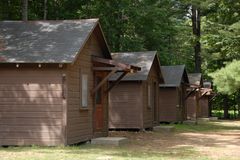 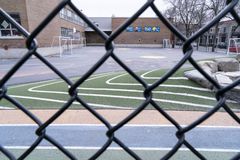