The rise in pet adoptions during the pandemic seems a nice little storyline in these unhappy times.

We’ve had to spend more time at home, and pets are great company. But they’re also kind of expensive. You could easily spend $1,000 to $2,000 on a dog or cat in a good year, and many times that if your animal gets sick.

A report on the cost of owning dogs and cats was recently issued by a website called Rover.com. It’s timely information, given that buying and adopting pets has emerged as one of the ways people are comforting themselves in the pandemic. Animal shelters in Canada, the United States and Australia have reported that demand in some cases has exceeded the availability of animals.

Millennials are especially big on pet ownership, a trend that predates the pandemic. Young adults have overtaken boomers as the largest pet-owning demographic and appear to be more indulgent owners. Rover.com found that 26 per cent of millennials have spent more on their dog during the pandemic, compared with 12 per cent of boomers.

Stock-market investors are all over the pet ownership trend. ProShares Pet Care ETF (stock symbol PAWZ), an exchange-traded fund that holds the shares of companies in the pet business, was up 48 per cent for the 12 months through early September, compared with 19 per cent for the S&P 500 index.

Rover.com built its projections for dogs and cats by surveying 500 pet owners in Canada and by referencing costs at major pet stores, humane societies, pet-insurance companies and more. The results indicate that the initial costs of bringing a dog into your home can range from $1,315 to $3,290, depending in large part on whether you adopt or buy from a breeder. Costs from there can range from $840 to $2,385 per year, with budget-minded owners spending less than $1,500.

“People tend to take dogs to the vet more often,” said Dr. Rebecca Greenstein, adviser to Rover.com and chief veterinarian at Kleinburg Veterinary Hospital in Kleinburg, Ont. “Dogs are larger, and they’re more exposed to environments where accidents are a risk, like getting hit by a car.”

Another rule is that bigger dogs mean higher costs. Dr. Greenstein said she has a client with two Newfoundland dogs, each weighing close to 70 kilograms. “Feeding those dogs, housing those dogs, grooming those dogs is infinitely more expensive than, let’s say, a teacup poodle.”

Your family’s lifestyle also has an effect on your costs. Dr. Greenstein said a dog that regularly goes up to the family cottage needs a more extensive set of vaccines than a dog living in a condo, plus more treatment for parasite prevention.

Pet owners also need to understand how far veterinary care has come in recent years. An anecdote from Dr. Greenstein will give you the gist. Once, while working at a special veterinary practice, she scrubbed in on a brain surgery for a dog.

Dr. Greenstein said she started noticing more new pets being brought to her office in March and April. “It’s now a documented phenomenon,” she said. “We’ve seen a huge rise in people bringing puppies and kittens into their home because they had the time and they were craving that sort of companionship.”

Pets are worth the cost, but money has to be part of your thinking if you want one. Speaking as a long-time pet owner, I can attest that there will be moments where you won’t believe the cost.

A long-overdue rebranding of the boring old emergency fund
September 2, 2020 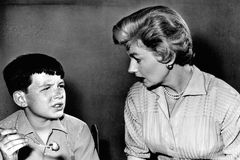 Dogs in high demand as Canadians crave companionship during COVID-19 lockdown
May 17, 2020 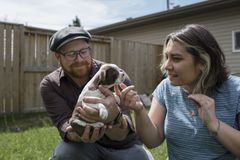 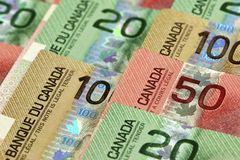