Canada’s mortgage market turned heads in 2019. From the plunge in interest rates, to the late-year surge in mortgage growth to the growing influence of online discount mortgage lenders, it was a year of milestones.

Looking ahead, 2020 is guaranteed to have its own twists. These are five undaunted predictions of what’s to come:

It’s taken a few decades since the birth of the internet, but lenders are finally waking up to how competitive they have to be to win online borrowers. This year saw a new level of online-mortgage competition. Spreads between typical deep-discounted five-year fixed rates and Canada’s five-year swap rate (a rough proxy of a lender’s basic funding costs) shrank to its lowest on record, as tracked by RateSpy.com. Instigating such rate battles were the likes of motusbank, HSBC and online brokers. Expect 2020 to be even more competitive as brand new, digitally focused direct-to-consumer mortgage lenders enter the market, including one or more name brands you know well.

In 2019, Bank of Nova Scotia deviated from its big-bank peers by advertising, for the first time, its best mortgage rates online. Scotiabank’s eHome online mortgage application featured rates that most banks wouldn’t touch. And customers took notice, with more than 100,000 borrowers trying eHome this year. The “digital mortgage” race will only heat up in 2020. The rest of the Big Six will likely all roll out enhanced mortgage websites. Not all of them will quote highly competitive rates online, but one or two will, and that’ll be enough to drive even further rate competition in 2020.

Get ready for lots of lenders and brokers touting “instant mortgage approvals” this year. But they won’t be full approvals. Reason being, unlike the United States, Canada doesn’t have the technology (yet) to automatically validate your income, employment and down payment electronically. That means most, if not all, “instant approvals” will be overhyped conditional approvals delivered electronically to borrowers. “Conditional” means the lender must still manually review your documents, and sometimes send out physical appraisers to your property, both of which are anything but instant.

When unemployment starts rising from its cycle lows, when consumer insolvencies hit multiyear highs, when the percentage of disposable income consumed by debt payments hits a record, when the yield curve inverts and signals an economic slowdown, that’s when you should start worrying about rising mortgage delinquencies. Well, what do you know? All these things are happening as we speak. The next 12 months won’t be a default disaster by any stretch, but today’s 90-day mortgage arrears rate of 0.23 per cent may look good in comparison to next December’s.

The fixed-variable gap will close

The perverse phenomenon of five-year fixed rates selling for less than variable rates will end in 2020, at least temporarily. Whereas the average five-year fixed is about 15 basis points below the average variable today, fixed rates will be back on top. (A basis point is one-hundredth of a percentage point.) That will motivate a small percentage of borrowers to shift from five-year fixed to variable-rate mortgages. Longer-term, the fixed-variable gap will stay narrower than it has in the past and go negative more frequently, meaning you’ll pay less for the “insurance” of a long-term fixed rate.

The events that follow have a lower probability, but expect one or more of them:

To all mortgage shoppers, here’s to a great 2020 regardless of what happens above. 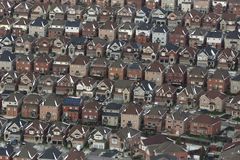 Europe on alert for housing bubble with mortgage rates under 1 per cent
Subscriber content
December 20, 2019 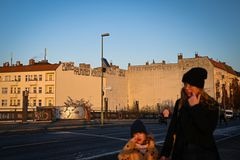