The seniors of the nation would like to thank you for your concern about their home-ownership burdens.

Two related facts you may not know about seniors: The vast majority want to stay in their current homes, yet many report pressure from realtors and family to sell and then downsize. “That’s a very common situation,” said Laura Tamblyn Watts, national director of law, policy and research at CARP, formerly the Canadian Association of Retired Persons. “Just about every time I go to a community event and engage with older people, I hear versions of that complaint.”

In a recent survey done for HomeEquity Bank’s CHIP reverse-mortgage product, 31 per cent of participants aged 75 and older reported being approached about selling their home. Just more than three quarters of these approaches were from realtors, with family members accounting for virtually all of the rest.

Seniors have often lived in their homes long enough that the value has doubled or tripled. This wealth brings out behaviour in others that may in some cases amount to financial abuse.

Financial abuse was reported by 2.6 per cent of the survey participants, which projected to 244,176 older Canadians. The most common perpetrators were adult children or grandchildren at 37 per cent of incidents.

“What these numbers don’t capture is the pressure that people feel before they call it abuse,” Ms. Tamblyn Watts said. Some of this pressure comes from realtors in search of new listings – CARP hears a lot about this. Family pressure is a more complex issue, some of it resulting from the best of intentions.

For example, adult children or other relatives might express concern about whether a senior is overburdened by the cost and energy needed to keep a house in good shape. Arguments to sell may simply be an attempt to help.

The more troubling situations involve family members angling for an early inheritance. “We certainly hear older adults say that they feel pressure from family members – children, nieces, nephews and grandchildren – to sell the house and convert it into liquid assets,” Ms. Tamblyn Watts said. “There is in many cases a feeling of entitlement by younger generations. They don’t want to wait. Also, I don’t need to tell you how indebted the boomer generation is.”

That CHIP survey suggests that seniors put more value on their homes as a safe, comfortable refuge than they do on the equity they’ve built over the years. Ninety-three per cent of survey participants aged 65 and older believe it’s important to stay in their current home during their retirement. Almost seven in 10 said it’s important to stay in their homes to maintain independence, while 32 per cent said they wanted to stay close to family, friends and/or their community. "Overwhelmingly, older people want to stay in their own home,” Ms. Tamblyn Watt said. “What they’re interested in is getting accommodations or modifications to the house.”

HomeEquity Bank has developed a humorous ad campaign depicting happy seniors beset by family, neighbours and realtors who want them to sell their homes. A reverse mortgage allows you to tap into your home equity and not repay principal and interest until the property is sold. Interest charges build up in the background and the rates are higher than for traditional mortgages.

Retrofitting a home to allow a senior to remain in place seems a particularly valid use of reverse mortgages. Avoid the temptation to use them for short-term consumption. The more home equity you access using a reverse mortgage, the less money you’ll have after you sell to cover the cost of downsizing or long-term health-care costs.

Ms. Tamblyn Watts’s suggestion for seniors fending off family pressure to sell their home is to schedule a meeting with relatives to discuss the matter. She says it’s OK for seniors to be blunt in shutting down discussion about selling. “In the way that we often tell older people to hang up the phone or close the door if people are pressuring them, sometimes you have to do that to your family as well.”

What Air Canada’s purchase of Aeroplan means for all those points you have
August 22, 2018 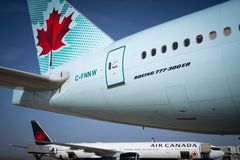 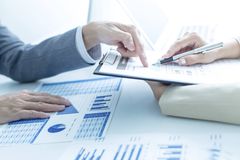 The best of Carrick on Money: A dumb wedding-gift rule you should ignore
August 16, 2018 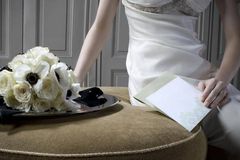