If you are an overconfident, older man, you may be more likely to fall victim to investment fraud.

Of course, being older and male suggests you have more money since you’ve had more time to save, and you’ve benefited from systemic gender bias. And having more money makes you more attractive as a target, but new research suggests that higher trading activity that men exhibit when managing their portfolios may not only contribute to the lower rates of return they earn compared with women, it may explain why men are much more likely to be victimized by fraudsters.

“I thought the gender differences were alarming,” says Dr. Marguerite DeLiema, assistant professor of research at the University of Minnesota, and one of the authors of a new paper looking at the differences in mindsets and behaviours of investment fraud victims.

While previous victim-profiling research would canvas the general population, not everyone is an investor. So just asking everyone whether they’ve been a victim of investment fraud might paint a different picture compared to just isolating those who invest. Adds Dr. DeLiema, “Controlling on being an investor, males were three times more likely to be victims.”

The paper notes that victims of investment fraud displayed riskier investment behaviours in general. Specifically, they tended to trade more often, which has been identified as a sign of low self-control. They were also more likely to respond to “remote selling” pitches. Remote selling is when investments are solicited or transacted over the phone, online or even by fax, and in these cases by previously unknown parties.

Victims also tended to be more materialistic. Fraudsters take advantage of this by utilizing something called “phantom fixation” in which they offer promises of high returns, typically with no risk or by advertising guaranteed returns, in order to appeal specifically to status-seeking behaviour.

Dr. DeLiema says that these appeals may focus on how the intended victim might be motivated if they can leave their children a large legacy, or if they can attain the “financial freedom they deserve.” Likely much to the chagrin of regulators, victims also tended to favourably view unregulated investments for the potential higher perceived returns that can be unscrupulously promised.

One of the difficulties in studying victims of fraud is that not everyone will disclose whether they have been victimized. Among other reasons, it can be embarrassing to acknowledge that you’ve fallen for a scheme that you may have identified in advance as sounding too good to be true. Indeed, the paper notes that prior research showed that only about 37 per cent of victims over the age of 55 acknowledged being defrauded when asked.

Studying only people who have self-identified as victims may not be representative of all victims, and so the researchers identified known victims in advance by combing through 29 cases of fraud filed against companies that went bankrupt. Those filings contained identifying information for more than 8,000 victims because they were listed as creditors in the bankruptcy filings. Less than half of the known victims in the study acknowledged they had lost money in a scam.

What can investors keep in mind to help combat fraud? Beyond the obvious of ignoring investment ads on Facebook, TV commercials and any pitches from people you don’t know, especially when the emphasis is on high returns with a playing down of risk, it’s also important to de-stigmatize investment-fraud victimization. The researchers suggest investor-education campaigns to encourage reporting investment fraud would be worthwhile.

But one of the challenges with overconfidence is that those most likely to be victimized may also be the ones who are least likely to think someone can pull one over on them. If more alpha males came forward to talk about their investment fraud victimization, that might have a bigger impact on de-stigmatization. 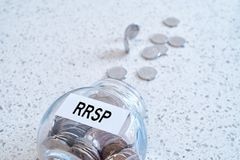 A guide to socially responsible investing in Canada, and how to get started
December 22, 2020