As a second wave of the COVID-19 pandemic takes hold, Kim Phair could be forced to take a leave of absence from a job she loves to look after her kids.

The marketing professional, who lives in London, Ont., was temporarily laid off in June, after the pandemic brought the global economy to a crawl. She misses her job and her team, but feels like she’d have to pass on returning to her career – and her paycheque – if she gets called back to work during this school year.

“I’d have to find daycare for my two-year-old and kids are being sent home from school left, right and centre for runny noses and headaches," Ms. Phair says.

With schools adjusting to new online and in-person classroom setups, the pandemic has left many working parents struggling to juggle their careers along with acting as full-time caregivers and teachers. Even those with kids physically back in school are worried how long that will last.

As record cases pop up almost daily, parents across the country are crunching numbers to see whether they can afford to step back from their jobs or pay for at-home nannies or private teachers.

Ms. Phair says that since she makes less money than her husband and carries most of the responsibility for quickly responding to the child care needs of their kids, aged 2 and 7, she would be the one to put her career on hold.

“We’d have to tighten our belts but we could do it,” she said of the remain-at-home option, one that would set back their household’s financial situation for years. Without a second income, it could mean delaying mortgage payments, a later retirement or even taking on debt to cover sudden expenses.

During the first month of the new school year, employment among parents inched up toward prepandemic levels as families attempt to return to work full time while sending their children to school either in-person or online, according to Statistics Canada data for September.

Even as parents return to work, they are still working fewer hours and were more likely to work from home. The number of mothers who worked less than half their typical hours was 70-per-cent higher than in February, compared with 23.7 per cent among fathers. And 33.3 per cent of mothers and 26.8 per cent of fathers worked most of their hours from home, which “may indicate that more mothers than fathers were trying to balance work and childcare responsibilities,” according to Statistics Canada.

Other parents are considering hiring nannies or teachers to host private learning pods, says Kurt Rosentreter, a financial adviser at Manulife Securities in Toronto. Although both parents would keep working, this option would also have a huge impact on a family’s finances: A nanny costs approximately $30,000 a year, or $2,500 a month, on par with a second monthly mortgage payment.

Pandemic-related help comes with other costs. Some families have had to rent a car for the nanny or teacher to avoid having them take public transit and risk exposure to the virus, Mr. Rosentreter says.

And as mortgage and bill deferral options and government-support programs wind down and businesses assess the impact of the pandemic, the new year could bring further job losses, forcing families to make tough decisions.

“The next six months could be a lot harsher on paycheques as companies rationalize their expenses in the face of reduced revenues,” Mr. Rosentreter says. “If you take a leave of absence, if you hire a part-time teacher, if you get fired, then what is your wiggle room for effectively being able to absorb that decline in money and still carry your bills in the household?”

Even with the significant financial cost of forgoing an income stream or hiring help, many parents are left without a choice, says Morgan Ulmer, a certified financial planner at Caring for Clients in Calgary. But there are short- and long-term changes that families could consider to mitigate the blow.

First, parents should see whether one salary will cover fixed expenses such as a mortgage, groceries and electricity bills, she says. Next, families could make cuts to discretionary spending, things such as monthly subscriptions to streaming services, or non-essential shopping.

If the household monthly expenses are still higher than the single source of income, then parents will have to borrow money to fill in the gaps – but this should be done strategically, Ms. Ulmer says. Rather than randomly pulling from a line of credit whenever a bill or expense arises, parents should assess the monthly shortfall and withdraw only that amount in debt.

“Once this time has passed, you’ll need to make further sacrifices to get that debt paid down,” Ms. Ulmer says. “When the world goes back to normal and people go on vacation again, you may not be able to do that."

Even a brief unpaid leave from work can have long-term implications, says Sandi Martin, financial planner and partner at Spring Financial Planning. Families would have to reduce the amount they tuck away for savings each month and paying off debt down the line would continue to divert money away from savings.

Once the new budget is built, parents can build a recovery plan to pay down debt while re-evaluating savings goals once the family returns to operating on two salaries. But when factoring in the lost interest or investment income that savings generate, people may have to delay retirement or pay off their mortgage later than expected.

“You’re not just losing out on that $1,000 that you didn’t save, you’re also behind on additional income if you had invested it in the market," Ms. Martin says. “And you’ll also be more behind 25 years from now."

While understanding the long-term effects will help a family make a decision, women tend to take on the bulk of this responsibility and are most vulnerable to the fallout of leaving the work force. But they shouldn’t feel guilty about leaving work or losing income when it comes to doing what they think will best protect their family, especially during a global pandemic, Ms. Martin says.

“Unless there is significant investment in a gender equal recovery from this pandemic, women may pay for this for a very long time in their careers and in lost earnings,” Ms. Martin says. “But it helps to have an awareness of your own values when making this decision and then don’t have any shame about potentially falling behind elsewhere.”

Since 2003, Canadians would have been better off renting than buying
October 13, 2020 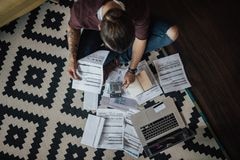 How to read your way through the pandemic at no cost
October 7, 2020 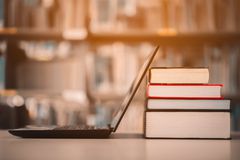