Our willingness to keep running up debt is starting to fade, finally.

The most recent evidence came Wednesday in a report by the credit-monitoring firm TransUnion that shows the average non-mortgage debt level per consumer rose 3.9 per cent to $29,648 in the second quarter of this year compared with 4.1 per cent in the same period last year. That may sound bad, but it’s the third straight quarter in which the growth rate in borrowing fell below year-earlier levels.

But the TransUnion report also tells a worrying story about debt growth among seniors: The volume of new mortgages set up by what TransUnion calls the “silent/pre-war generation” (between the ages of 73 to 93) surged by 63 per cent on a year-over-year basis in the most recent quarterly data.

Matt Fabian, director of financial services research and consulting at TransUnion, said this increase in mortgages may to some extent include reverse mortgages, which have been on a tremendous growth run in recent years. Regardless of what kind of mortgage they’re using, seniors appear more than willing to squeeze some juice out of their home equity.

A reader shared a story the other day that highlights the dangers of seniors carrying debts. His wife is the executor for the estate of her sister, who died with assets amounting to roughly $37,000 in her bank account. In trying to access that money to pay for the funeral, the wife found that her sister had an old credit card debt at the same bank of about $9,500.

When the bank calculated years of interest on the debt, the total amount owing came to more than $40,000. The bank then announced it would apply the $37,000 toward the debt, leaving no money in the bank account to pay for the funeral.

Insolvency expert Scott Terrio of Hoyes, Michalos & Associates warns that carrying debt as a senior can affect family members and beneficiaries you planned to leave money to via your estate. “Debt doesn’t die with you if there’s assets in the estate,” he said.

Mr. Terrio said the bank was within its rights in getting its credit card debt repaid, even if it did act aggressively. The point here is that there can be unintended consequences for debt-carrying seniors, a cohort that Mr. Terrio sees in his job and in the talks he does for seniors groups.

“I’m telling you, there’s a lot of worried people,” he said. “They’re taking the home equity they’ve built up over the years and now they’re turning it back into debt because they’re helping their adult children. A lot of it is home down payments.”

TransUnion said average mortgage debt among seniors is $160,211, lower than the average $260,547 for all age groups. The idea of seniors holding debt, period, doesn’t sit well with Fred Vettese, actuary and author of two influential books on retirement. His books are full of positive messages about retirement, including his view that people may be able to retire with less money than they think.

“What underlies all this is the idea that you better not have debt when you retire,” Mr. Vettese said. “My message is a simple one: Debt is usually a bad thing around retirement age. If you can avoid it, then you ought to be avoiding it.” 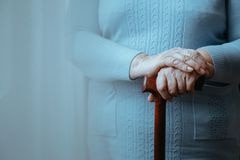 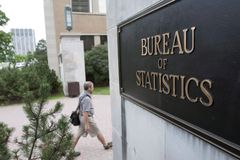 Thinking of a reverse mortgage? Here’s how that compares with a HELOC
September 13, 2018 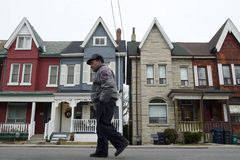