The presence of a marijuana grow operation in a family’s outbuilding gave their home insurer grounds to not cover a major fire loss – even though the plants were being grown under a licence and did not cause the fire, according to a recent ruling from a British Columbia superior court judge.

In a decision that should serve as a wake-up call to everyone operating licensed grow operations on their property, comments by the insurer’s expert at the trial suggest the presence of even a single cannabis plant might have been enough to void the policy. And while the building in this trial contained several hundred plants, this ruling has implications for any household growing the one to four cannabis plants for personal use now permitted under federal law.

The plaintiffs in the case, Linda and Bob Schellenberg, lived in Chilliwack, east of Vancouver, in a home insured for many years by Wawanesa Mutual Insurance Company. Two of the couple’s three sons suffered from pain conditions, and one had become dependent on oxycodone to manage his symptoms. This led the sons to obtain prescriptions for medical marijuana, which their parents considered a safer alternative to oxycodone. All three of the Schellenberg sons then obtained licences from Health Canada to produce marijuana indoors at their parents’ property.

In 2010, Mr. Schellenberg, a long-time builder, had put up an outbuilding, a large two-storey building separate from the house. Two years later, the sons began growing marijuana there. The outbuilding eventually housed 310 plants – well within the 502-plant limit permitted by the licences – and was built to code and after obtaining all necessary permits. The Schellenbergs had notified their broker of the new building but did not volunteer the presence of the marijuana plants.

In 2014, the outbuilding was damaged in a fire that started on the upper storey, unrelated to the marijuana plants, which were on the lower storey. After learning of the plants, Wawanesa refused to cover the fire-related losses, arguing that the marijuana operation constituted a “material change” in the insurability of the property that had not been reported to it and, according to the wording in the policy, gave Wawanesa grounds to void the policy and not cover the loss.

Material-change provisions allow an insurer to void insurance coverage if the insurer discovers a change to the insured property that, if the insured had known about, would have caused it to charge a higher premium or decline to insure the property.

The Schellenbergs launched a lawsuit against their insurer and their broker, arguing Wawanesa did not have grounds to void the policy and, if it did, the broker was negligent for failing to ask the right questions and ensure the Schellenbergs were adequately covered.

In lengthy reasons for decision released in February, Justice Margot Fleming reviewed the nature of the grow operation, the increased insurance risks it created, and the law as to what constitutes a “material change” sufficient to void a home-insurance policy. Justice Fleming concluded that “I am entirely satisfied its [the grow operation’s] presence in the outbuilding was a change that was material to the risk,” and dismissed the case against Wawanesa. The claim against the broker was dismissed because of a failure to provide expert evidence of what the standard of care was required of a broker in this case.

Central to the judge’s decision was the evidence of the underwriting expert retained by Wawanesa on the risks of growing cannabis. According to the expert, the presence of a cannabis grow operation at a residential property, even if licensed, would be considered “material” to an underwriter owing to the increased risk of fire, water and mould damage and the increased risk of theft and liability to third parties.

The expert testified that a residential grow operation with 310 cannabis plants such as the Schellenbergs’ was not a risk that most, if any, general property and casualty insurers in Canada would assume. He noted that there “may” be a specialty insurer that would take on the risk (and, indeed, a quick Google search reveals a handful of brokerages purporting to offer this coverage).

Remarkably, according to the trial judge, the expert also testified that he was “not aware of any general insurer in Canada that would take on the risk of any cannabis grow operation, or even the presence of a single marijuana plant” (emphasis in reasons for decision). The trial judge commented on the incompatibility of such a position with new federal cannabis laws:

“His [the expert’s] comments regarding a single plant raise an obvious concern now that the Cannabis Act, S.C. 2018, c. 16, permits anyone to grow up to four marijuana plants (s. 8(e)).”

While the trial judge’s decision that 310 cannabis plants constituted a material change was not particularly surprising, anyone operating licensed grow operations on their property should take heed. The impact of the ruling is not limited to B.C., as “material change” provisions are standard in most, if not all, home-insurance policies in Canada.

The message here? Anyone growing marijuana under licence while insured under a standard home policy should immediately seek professional advice from their broker.

What was surprising about the case was the evidence of Wawanesa’s underwriting expert that a single cannabis plant would constitute a material change in the insurer’s eyes, and thus give the insurer grounds to void a standard home policy. If this is indeed the case, any homeowner exercising her new-found rights under the Cannabis Act may be left without coverage – even for losses entirely unrelated to cannabis.

It remains to be seen whether a court would permit an insurer to void a policy on such grounds, and whether an insurer would risk the adverse publicity that would likely come with such a decision. In the interim, prudent homeowners should consider erring on the side of caution and informing their home insurers of the presence of any marijuana plants.

Gord McGuire is a partner with Adair Goldblatt Bieber in Toronto, practising in all manner of civil litigation. 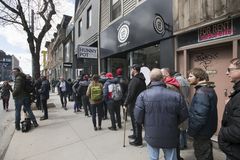 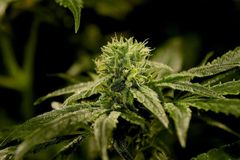 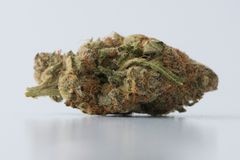