First-time home buyers aching to get into the real estate market should be cautious about trying to bypass expensive urban housing by purchasing a recreational property first, real estate experts say.

“It’s more of a lifestyle choice than it is a great investment choice,” says Brad Henderson, former president and chief executive of Sotheby’s International Realty Canada.

Some hot locations such as the Muskoka Lakes, Georgian Bay or Collingwood north of Toronto are seeing prices soar because of short supply, but these properties may now be as unaffordable as Toronto. That’s prompted potential buyers to look to properties in Prince Edward County east of Canada’s largest city, or west, to the shores of Lake Erie.

These types of purchases could be good for someone planning to use it as a weekend getaway or summer retreat, but the properties typically need to be within a three-hour drive of the city.

While more affordable than urban housing, recreational properties typically appreciate at a slower pace than city homes, Mr. Henderson said in an interview.

“So if not on a lake or close to mountains, those properties follow the market versus lead it, whereas well-located properties in Toronto, Vancouver, Calgary and Montreal will tend to appreciate at a faster rate.”

Canadians have been buying recreational land before principal residences for decades, often parking a motor home or pitching tents until ready to build.

However, the rising cost of urban housing may be opening the idea to more buyers.

“One of the trends that has been identified in Ontario particularly was this first home purchase in cottage country,” said Phil Soper, CEO of Royal LePage. “Now it’s a relatively small slice of the market but it was big enough that it came through in our interviews of our practitioners in the field.”

In addition to areas around Toronto, some buyers in British Columbia are also opting for recreational properties as their first purchase.

Short-term rental services such as Airbnb, cottage rental websites and travel website VRBO can help to offset some of the costs by facilitating the rental of the property.

Due diligence is required, however, because some rural municipalities such as Morin Heights and St. Sauveur in Quebec have imposed bylaws banning Airbnb rentals in some zones.

Mr. Soper said purchasing a recreational property is normally viewed as a luxury.

“I know some people justify it as a financial investment because typically property appreciates over time, but recreational property doesn’t appreciate in the predictable, reliable way that urban property does.”

The sales prices of recreational properties in Ontario and Quebec are currently increasing at about 7 per cent compared with little increase at all for urban locations after a correction. But Mr. Soper said that’s an anomaly. The recreational market was dead in the postrecession years, but is strong now because of low unemployment, implied wealth from urban home prices and the Canadian dollar making it attractive to U.S. buyers.

“But that’s not something you should bet on,” he said in an interview.

“Buy it for a lifestyle decision. Buy it for your children … buying a rec property purely for investment is not a good decision.”

John Pasalis, president of the Toronto-based firm Realosophy Realty Inc., says the cost of housing in Greater Toronto is prompting buyers who feel they need to be in the real estate market to buy what they can, which is a cottage.

“I think buyers need to be cautious and really understand that cottages do not move at the same rate as the city of Toronto housing market. So if they’re expecting really, really big gains in capital, they might be surprised in five or 10 years to see what their cottages are worth.” 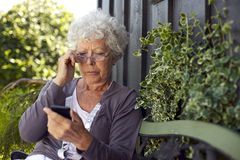 Here’s how Canadian banks are trying to keep their customers hooked on borrowing
May 22, 2019 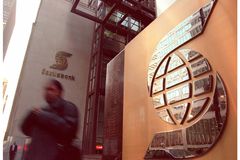