The well-received idea of making financial literacy education mandatory in schools is increasingly a reality around the world. There are already numerous financial literacy programs in Canada, including in the recently announced changes to the mandatory Career Studies class for Grade 10 students in Ontario, which kick in this fall.

But some people think financial literacy education – with the focus on practical money-related issues – is a waste of time.

A regularly cited paper by researchers from universities in Portugal and the United States (Fernandes, Lynch, and Netemeyer) was published in 2014 that caused a bit of a stir. The paper analyzed the data from 201 various financial education programs around the world to see what impact they had on financial behaviours.

So, should we give up on financial literacy?

“We should not ask whether financial education works or does not work, but how we can improve the effectiveness of financial education,” says Annamaria Lusardi, an economics professor at the George Washington University School of Business and widely recognized as a leading scholar in the field of financial literacy.

Dr. Lusardi has plenty of thoughts on that oft-cited paper, which has been used by some to suggest financial literacy in schools should be reduced rather than increased. “We have redone their work incorporating more recent data and find that financial education does work and has sizable effects.”

Dr. Lusardi, along with other researchers, posit that the effects in the first study were aggregated too broadly: If financial education was effective for a small group of the population, it might not show up in their analysis. As an example, using the same methodology on a large-scale financial education program studied in Brazil, the effect of the education would be statistically significant but show a small effect size (that is, small impact in financial decision making). However, that same small effect size from a statistical point of view translated to an increase of 11.2 per cent in the amount of disposable money saved versus control groups. When framed in terms of the actual impact on people’s lives, most would argue this to be a victory.

Another takeaway from that original paper is that a “just-in-time” system of delivering financial knowledge might hold more promise. That would suggest teaching people what they need to know right at the time when faced with a financial decision to make. The thinking is that this would solve the knowledge decay issue. “Just-in-time education is too late. If you give financial education to people when they are going to get a mortgage, chances are they have bought the wrong house and perhaps one they cannot afford,” Dr. Lusardi said.

The choice of how much to spend on a home, including factoring in where to live, understanding mortgage options, the long-term trade-offs in terms of cash flow management and retirement savings, all require general knowledge about financial matters that involve lengthy digestion. Part of consideration of buying a home is having the foresight to save up for a down payment years in advance. Today, it could be decades in advance.

What is Dr. Lusardi’s prescription for improving the financial outcomes of consumers? A co-ordinated approach that takes into account better financial regulation, increased financial inclusion (including more effort to drive uptake of programs designed to benefit lower income households, for example), and financial knowledge to help people navigate those systems.

She suggests that people should spend even 15 minutes every week to take care of their personal finances – whether it’s reading to improve our knowledge or taking time to put our knowledge into practice. “We do the same for our health. We exercise, try to eat well and try to keep in shape. We should do the same with our finances.” 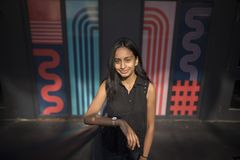 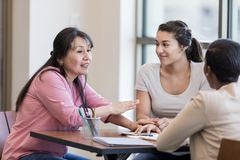 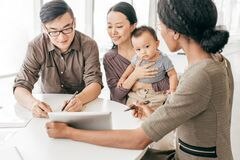