“Higher interest rates will be warranted.”

That means you had best factor in more hikes if you’re trying to choose between fixed or variable on your next mortgage.

OK, but how many more hikes?

At 1.5 per cent, Canada’s overnight rate is a quarter-point higher today than it was at the start of the week. Traders bet that it will go all the way back up to its “neutral rate,” that theoretical rate where no further rate hikes or rate cuts are warranted, by 2020.

As I’ve written before, the Bank of Canada estimates the neutral rate at 2.50 per cent or more. The market, however, thinks its closer to 2.25 per cent. And that’s a safe bet given:

· Recent levels of consumer consumption and housing investment (which combined accounted for 92 per cent of Canada’s growth since the last recession, according to money manager PIMCO ) are unsustainable — thanks partly to heightened sensitivity to rate hikes by over-indebted consumers, stricter mortgage rules and slowing home equity growth.

· The fact that inflation, unemployment, and growth (the “output gap”) are already at or near the Bank of Canada’s targets.

· Looming trade risk — which could result in meaningful job losses, offsetting the inflationary effects of tariffs.

So, the smart money is on the market being roughly correct in its 2.25-per-cent neutral rate estimate.

Incidentally, Bank of Canada Governor Stephen Poloz puts considerable faith in market estimates. He opined Wednesday, “It’s often said that the bond market is the smartest forecaster that there is, and I happen to think that’s probably true […] I’m never going to get into an argument with the market.”

Despite the ever-present chance of the market being wrong, three more hikes over the next year and a half is probably the best assumption one can currently make when choosing between a fixed and variable rate.

The market is betting that those rate hikes will happen approximately every six months. So, for our hypothetical purposes, one could assume quarter-point hikes in January, 2019; July, 2019; and January, 2020; before rates drift sideways for a while.

With those assumptions in hand, here’s how you’d make out in a standard $100,000 mortgage amortized over 25 years with competitive rates.

If your mortgage is insured (i.e., you have less than 20-per-cent equity):

If your mortgage is uninsured (20-per-cent equity or more):

These results assume equal payments with no changes to your mortgage for five years.

If your mortgage is bigger than $100,000, simply multiply the above-interest savings accordingly. For example, a $300,000 mortgage would entail three times the interest savings you see above.

What to do with this information

Variable rates present a sound risk-reward bet for well-qualified borrowers who can handle what the Bank of Canada may throw at them.

But hypotheticals such as the above simulations leave ample room for error. It’s dangerous to assume that we’ll get only three more rate hikes if you have limited resources to weather more than that.

If rates jump another 75 bps from here, the average variable-rate mortgagor will see monthly payments climb roughly $39 per $100,000 of mortgage.

If rates jump another 200 bps from here (unlikely but possible), the average variable-rate mortgagor will see monthly payments climb roughly $108 per $100,000 of mortgage.

Past surveys suggest at least one in five borrowers cannot handle rate hikes of this latter magnitude (which is one reason why we’ll likely not see them). So if your budget is feeling a tad constrained, you probably don’t need more variable-rate exposure.

Keep in mind, this analysis only compares basic interest costs for five-year fixed and variable terms. It doesn’t account for things such as the penalty savings of a variable-rate if you break your mortgage early.

Nor does it consider other terms, like a four-year fixed rate — which is currently the best value for insured borrowers who prefer to lock in (based on the assumptions above). But as luck would have it, competitive four-year fixed rates are not currently available for uninsured mortgages. 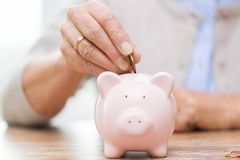 Selling or buying a home without an agent can save you money, but do your research
July 5, 2018
Why some homeowners will pay more than expected to renew their mortgage
July 4, 2018