Yields on five-year Government of Canada bonds – which help determine the price of fixed-rate mortgages – have fallen sharply since November, dropping from a recent high of 2.46 per cent on Nov. 8 to 1.86 per cent as of Monday, a decline of more than half a percentage point. Yields particularly started to dip in late December, hitting a recent low of 1.752 per cent by Jan. 3.

Yet, mortgage rates in Canada have not followed suit, which has led many experts to predict a mortgage-rate decline is imminent.

“We are expecting to see changes this week as people get back to their desks and look at their screens,” said James Laird, co-founder of of mortgage tracking firm Ratehub Inc. and president of mortgage brokerage CanWise Financial.

Mr. Laird is advising people shopping for a new fixed-rate mortgage to wait if they can. “If there’s nothing urgent, hang on for a week and check back, and there should be some changes," he recommends.

Mortgage brokers expect alternative lenders to move first because the major banks are typically slower to respond to cut rates, especially in January when there is little demand for mortgages.

Robert McLister, founder of mortgage-rate comparison website RateSpy.com, said the Bank of Canada has signalled slower interest rate growth than the market had previously anticipated, and bond yields are falling as a result, but the big banks are never quick to cut mortgage rates and eat into their anticipated profits as a result.

With real-estate sales slow in January, he said there is even less pressure for the major lenders to move quickly or risk losing market share.

“Ultimately somebody is going to fall out of line, and one of the big banks will move and then the other ones will move,” he said.

Mortgage rates have fallen in the United States to their lowest level since last spring as long-term bond yields have also declined since the fall, according to the Wall Street Journal. But Canada has not seen the same reaction, which Mr. McLister says is because of weaker competition in the Canadian market, where the big banks dominate the mortgage sector.

“In the U.S. there are thousands of lenders. ... There are consumers here who are paying more because the banks in Canada control the prime mortgage market."

However, Mr. McLister said customers are at little risk of seeing mortgage rates rise if they don’t lock in a fixed-rate mortgage now and instead wait to see if rates drop in coming weeks.

Ron Butler, founder of mortgage brokerage firm Butler Mortgage Inc., says he believes the banks will likely be slower to lower mortgage rates than in the past because Canada’s banking regulator has imposed higher capital requirements in 2019, which will likely be passed on to consumers as higher fees and interest rates.

He argues the banks likely would have dropped their rates by now under prior market conditions, but the added capital requirements coupled with the slow pace of the real estate market in January is likely delaying their moves.

“The banks have a traditional cycle. They really only want to be highly competitive with each other in the cycle of the year when home buyers buy, because them view them as their most precious customer.”

Nonetheless, he also believes some alternative lenders will begin to lower rates as staff get back from the holidays, likely beginning this week.

The bond market is now sending a clear signal: Go with a variable-rate mortgage
December 6, 2018 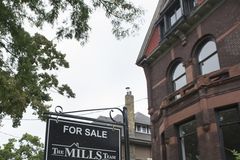