In June, 2018, the average Toronto home in the Greater Toronto Area cost $807,871, according to the Toronto Real Estate Board. Even in a somewhat calm market, that’s fully double what it cost a decade ago. Price gains such as that have led the Swiss Bank UBS to rank Toronto at the top of its most recent Global Real Estate Bubble Index – the most likely market to burst – topping London, San Francisco and other infamously unaffordable cities. Toronto, it seems, has the most overvalued real estate market in the world. Should you buy?

Where the market is headed is, even at the best of times, a perennial source of concern for economists, realtors and policy makers. Yet the group that may feel the most anxiety is first-time home buyers, who often feel the urge to buy a house as soon as they can afford it. Because a home is a good investment. And because they fear the market will pass them by – or worse, their friends will.

But here’s a secret: Our instinctive human tendencies and psychological biases contribute to the market mayhem in ways we may not realize. If you’ve ever spent a Sunday afternoon visiting open houses, you’ve probably asked yourself one of the following questions.

They want how much? Are they nuts?

Probably not. Let’s say you stumble upon the house of your dreams but the asking price is too steep for your budget. In your search to justify the seemingly inflated listing price, you discover a nearby house sold for well over asking following a heated bidding war. The seller, in this case, has anchored on “comparable” sales in the area, escalating expectations for the sale of their home as well. One of the reasons housing prices have continued to climb is because of this anchoring effect, the idea that we base judgments about an item’s value solely on the information available. It’s the most prevalent cognitive bias when it comes to buying a home. Sellers know that the listing price sets the bar for all subsequent negotiations that will push and pull in close proximity to that anchor.

A 2013 Wharton School study looked at more than 14,000 residential U.S. home sales and found that higher asking prices were associated with higher sales prices, independent of the property’s features. In general, homes that listed 10 per cent to 20 per cent above their market value sold for an additional 0.05 per cent to 0.07 per cent for each 10-per-cent increase in the expected price.While we typically view real estate prices as an objective function of property and neighbourhood, the listing price is actually the most important feature in determining perceived value. Even if a seller seems overly optimistic about their listing price, there’s a good chance they will end up making more than market value.

Don’t be fooled in thinking your agent will see through the listing price either. A real-world experiment published in Organizational Behavior and Human Decision Making demonstrated that real estate agents were as likely as students to anchor their judgments on the listing price.In this case, students and agents were asked to appraise a series of homes for sale. They were given information about current and recent sales in the area, the listing price they saw ranged from 4 per cent to 12 per cent above or below the actual appraised value. The researchers found that both the student and agent appraisals were significantly influenced by the price tag they were given. The agents’ appraisals were actually closer to the listing prices provided, showing they willfully accepted the legitimacy of those numbers to anchor their estimates of “fair” prices.

I think this is the one. Do you think we should go all in?

Just as sellers strategically list high, they also often list low to entice a wider audience and attract multiple offers. Bidding wars don’t happen spontaneously because the homes are so amazing and desirable that they spark competition. They’re induced by realtors to create competition and encourage us to make less rational decisions. It starts the minute you put in an offer and develop an emotional attachment to the outcome. Once negotiations begin, the prospect of not getting the home induces feelings of loss aversion – we actually hate to lose more than we love to win. Our attachment escalates throughout the process, leading us to disregard our true preferences and pay significantly more than we planned.

Psychologists call this scarcity effect. When a resource appears to be in short supply we perceive it as more valuable. This highly effective tactic is commonly used by retailers to increase sales.One classic example involves a 1994 study in the Journal of Economic Psychology that looked at consumers preferences for cookbooks. They found consumers placed higher value on books that were in limited supply. If you’ve ever scrambled to book “the last seat” on a flight, added yourself to a waiting list for an out-of-stock product or bought something because it was offered for “a limited time only,” you’ve probably fallen for a scarcity tactic.

It’s just a little bit more. Maybe we could stretch a bit?

Scarcity tactics are one factor pushing home prices beyond their true value, but buyers often extend themselves because it’s so easy to lose sight of how much money they’re actually dealing with. In the middle of negotiations, the perceived difference between a $1.07-million home and a $1.1-million home seems small. But that’s because money can be a very abstract concept. What happens when you assign a concrete value to that $30,000 – say, the cost of a new car in that garage? It carries much more meaning.

Why does this happen? It’s because the additional dollars seem relatively small in comparison to the total amount. In our daily lives, we spend more time deciding whether to spend an extra dollar on tomatoes than we do deciding whether to spend a few thousand extra dollars on a home. Nobel Prize-winning economist Richard Thaler used this scenario to show just how irrational our consumer decisions can be: Imagine you’re at a store about to purchase a $25 radio but told you can get the same unit for $20 at another store 10 minutes away. Now imagine you’re purchasing a $500 television and find out the other store sells it for $495. Despite the same absolute economic advantage ($5) and the same cost (driving 10 minutes), more of us would make the trip in scenario one because the relative savings seem larger. In the same way, we see little issue stretching our budget by tens of thousands at a time when buying a home.

I still want to buy a house. How can I avoid the market mayhem?

By this point, you should be able to see that, despite all the detailed sales reports from one season to the next, the housing market moves based on some undeniably human (and therefore irrational) factors. Namely, you. But if you’re a buyer determined to stake your claim in the market, there are a few things you can do to avoid getting swept up in the craziness.

Decide what’s important to you, set your limit and be firm about it. Arm yourself with a notebook or spreadsheet (the act of writing things down actually does make abstract concepts more concrete). When faced with a bidding war, a bully offer or anything else that feels like psychological warfare, make a game of considering what the extra money might represent: summer camp for your future kids or a great vacation. If you can’t get it for the right price, it’s probably not the home of your dreams. That is, unless your dreams involve an onerous amount of debt.

Stephanie Bank is a behavioural economist at Evree, a Toronto-based startup that makes a science-based savings app.

Selling or buying a home without an agent can save you money, but do your research
July 5, 2018
A kink in your retirement planning
July 4, 2018 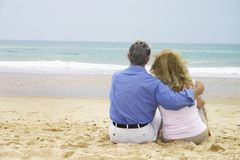 Why some homeowners will pay more than expected to renew their mortgage
July 4, 2018