New accounting rules adopted by the banks mean they’re paying closer attention than ever before to your financial situation and your home’s value when you renew a mortgage.

Mortgage renewals used to be utterly routine – a virtual rubber stamp. Now, if your credit score has taken a hit or your home has fallen in value, you might not qualify for the best available rates.

The new accounting rules are called IFRS 9; IFRS stands for International Financial Reporting Standard. One effect of these rules is to cause banks to pay close attention to early warning signs that clients may run into trouble paying their mortgage.

“Let’s say the bank has noticed that your credit score went from 750 to 580 and/or your loan-to-property-value ratio has gone way up,” said Robert McLister, founder of RateSpy.com. “Anything that worsens risk in a lender’s eyes is going to potentially warrant a higher rate at renewal.”

Mortgage brokers estimate that anywhere from fewer than 5 per cent to 15 per cent of borrowers may be negatively affected by the new rules. The borrowers most vulnerable to getting an elevated mortgage rate are in expensive cities, such as Toronto and Vancouver, where young owners must juggle expensive mortgages and daycare if they have children.

It’s difficult to track what banks are actually doing because there don’t yet appear to be any standardized policies. But mortgage brokers report that banks are in some cases doing soft credit checks, which means peeking at your credit file to see whether your credit score has worsened. Banks may also do appraisals on renewal to ensure that the ratio of the amount of your outstanding mortgage to the value of your home is declining as it should be.

Mr. McLister said he’s been told by some bank executives that mortgage rates for people whose financial position has slipped might be 0.05 to 0.15 of a percentage point higher, which is fairly insignificant. “I don’t know if the answers I’m getting are real,” he said. “Bank execs always try to downplay things like this because they don’t want people getting excited.”

The risk of having to renew at higher rates just keeps growing for these and other lenders. Well-discounted five-year fixed-rate mortgages are close to one percentage point higher than they were last summer. Also, we’ve seen the emergence of a trend where mortgage rates today are higher for some people than others. For example, someone with a down payment of less than 20 per cent now gets a rate that on average might be 0.35 of a point better than someone who puts down 20 per cent or more. Below 20 per cent, the borrower is required to pay for insurance that protects a lender against default.

Mortgage stress tests for borrowers also have an effect on rates. The stress tests are designed to see whether you can afford mortgage rates that are higher than current levels. If you’re renewing a mortgage and want to move to a new lender, you have to be able to pass the stress test. If you can’t do that, you’re stuck with a current lender that has no need to offer you its best possible discount.

Mr. Tourloukis said credit unions aren’t bound by the requirement to do a stress test on mortgage clients, so they’re another option if you don’t like the rate you’ve been offered on renewal and want to change lenders.

One more effect of IFRS 9 is the way it subverts the home ownership fairy tale that you just need to get into the market to live happily ever after. Sure, you might struggle financially at some point, but that’s no biggie because your home will rise in value and you’ll be doing the most fulfilling thing a person can ever do in life, which is own a home. 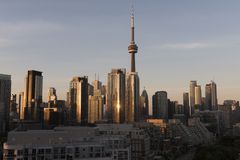 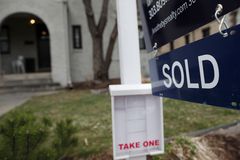