So much of the narrative of what’s going wrong in household personal finances these days focuses on personal irresponsibility, but maybe that’s off target.

A look at income trends since 2005 suggests a good part of the problem at least is income growth, which is to say the economy.

Let’s agree that the basis of prosperity is getting ahead year by year. To do that, you need to have your income grow noticeably more than your expenses. Stay on top of inflation, in other words.

On a national basis, total median household income rose a total 10.8 per cent between 2005 and 2015 to $70,336 on an inflation-adjusted basis. But not all provinces and territories benefited equally. Cumulative income growth in Newfoundland, Saskatchewan and Alberta came in between 24 and 36.5 per cent, while Ontario posted growth of just 3.8 per cent and Quebec was at 8.9 per cent. That’s not much growth for 10 years.

These numbers are based on census data presented last September by Statistics Canada. The prompt to go back and re-examine them was a recent edition of the New York Times Book Review, which looked at three books about how people are increasingly struggling to afford their lives. One of the books is Squeezed: Why Our Families Can’t Afford America, by Alissa Quart.

Ms. Quart uses the phrase “middle precariat” to describe today’s precarious middle class. She writes about how things previous generations took for granted such as home ownership, a comfortable retirement and affordable health care are now out of reach for many.

We have universal health care in Canada, so one of these issues doesn’t exist for us. But houses in some cities are exceptionally expensive, and a scarcity of full-time jobs with pensions is creating a generation of young adults who question whether they will ever be able to retire.

Some of this stress is self-inflicted via overspending that led to high debt levels and a lapsed commitment to savings. But economic conditions have never been given enough credit for creating today’s reality in household personal finance.

We now live in an economy that depends to a large extent on people buying more stuff, but it often doesn’t give them the income to afford their lives without going into debt. Want a house? You’ll need to borrow amounts in some cities that would have been inconceivable 20 years ago. Want daycare for your kids in a major city? There’s your second mortgage.

We can only blame people for so long for not living within their means. Eventually, we have to study the means.

There’s some good news lately on incomes. Hourly wage growth was 3.6 per cent last month on a year-over-year basis, and 3.9 per cent in May. Inflation hit 2.5 per cent in June, so workers are now beating increases in the cost of living by a comfortable margin.

But for much of the country, there’s some ground to be made up because of minimal income growth after inflation in the past decade. Will this happen before the next recession? It’s unlikely, and that means more financial stress for the “middle precariat.”

The answer in personal finance for struggling households has always been to pound down spending so it comes in below income. Maybe it’s time to look at the income side, too. In an economy that is stingy in how it values a lot of the work people are doing, what can you do to earn more money?

Editor’s note: An earlier version of this column treated 2005-2015 data on household income growth from the 2016 national census as if it did not reflect the impact of inflation. In fact, the census income growth numbers were inflation-adjusted. Income growth exceeded inflation in all provinces and territories, though just modestly in Ontario.

A way to build savings while paying down the mortgage
August 8, 2018 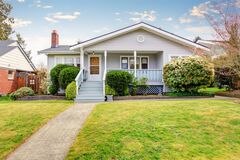 Be smart if you’re thinking of using home equity to finance a business
August 8, 2018 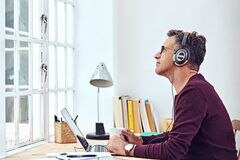