Now in their 50s, Wilfred and Wendy plan to hang up their hats soon, sell their Manitoba house and move to a warmer clime. Wilfred is 58, Wendy, 53. Wilfred retired from his government job a few years ago and is now collecting a pension and working part time. He plans to continue working until shortly before Wendy is 55, when she will be entitled to a full pension. Both have defined benefit pensions indexed 80 per cent to inflation for life that will pay a combined $82,956 a year.

“We want to travel more in our younger years, so we would likely need more income in the first few years of retirement,” Wilfred writes in an e-mail. Their retirement spending goal is $75,000 a year after tax plus $25,000 a year for travel. With no children to leave an inheritance to, “we want to use up all our invested funds,” he adds. “We are extremely active, healthy people who have good chances of living a long life.”

They’re considering moving to British Columbia for the “milder winter weather and greater recreational opportunities,” Wilfred writes, but would only do so if they could buy for about the same price as their existing house fetches.

The stock market drop this spring left them feeling their investments are not sufficiently diversified, Wilfred adds. “I would like to diversify our stock holdings away from Canada only.”

We asked Matthew Ardrey, a vice-president and portfolio manager at TriDelta Financial in Toronto, to look at Wilfred and Wendy’s situation.

Wilfred is planning to retire fully in the spring of 2021 and Wendy in January, 2022, Mr. Ardrey says. “With the goal in site, they would like to ensure that they are financially ready for the next stage in their life,” the planner says.

First off, the pair do not keep an accurate budget, Mr. Ardrey says. “As we went through this exercise, they revised their monthly spending upwards by $1,200.” The updated numbers are shown in the sidebar. “Before they retire, I would strongly recommend that they do a full and accurate budget, he adds, because a large discrepancy in their spending “could have a dramatic effect on their financial projections and their ability to meet their obligations in retirement.”

According to the pension administrator’s website, the purpose of integration is to provide a more uniform amount of income throughout retirement, rather than having less income initially (prior to CPP and/or OAS eligibility) and more income in the later years (when CPP and OAS commence). Integration provides an opportunity to increase the cash flow early in retirement which, for some, is preferred.

“I thought it would be interesting to compare her three options to find which would be the most lucrative over her lifetime,” Mr. Ardrey says. Option No. 1 is the clear winner, he says, giving the largest cumulative value of payments to the age of 90.

In drawing up his plan, Mr. Ardrey assumes Wendy chooses the first option and that they both begin collecting government benefits at 65. He also assumes they buy a condo in B.C. in 2023 for about the same price as they get selling their current home. Because it is a long-distance move, he assumes transaction and moving costs total $100,000.

“Before we can discuss their retirement projection, I need to address their investment portfolio,” Mr. Ardrey says. Wilfred is right to think they need to diversify, the planner adds. They have a portfolio of nearly $800,000 invested almost all (97 per cent) in Canadian large-cap stocks. “Further concentrating their position, they have that 97 per cent spread over only 13 stocks, and of that, 62 per cent is in only five stocks,” Mr. Ardrey says. This exposes them to “significant company-specific risk,” he says.

As well, the Canadian stock market is not as diversified by industry as U.S. and international markets, so it can lag at times. “For example, in the recent market recovery, financials and energy have been lagging, which are two of the three major sectors on the TSX,” he says.

“Having a portfolio almost entirely allocated to stocks in retirement is a risk that Wilfred and Wendy cannot afford,” Mr. Ardrey says. He offers two alternatives. The first is a geographically diversified portfolio with 60-per-cent stocks or stock funds and 40-per-cent fixed income using low-cost exchange-traded funds. Such a portfolio has a historical rate of return of 4.4-per-cent net of investment costs.

Or they could hire an investment counsellor that offers carefully selected alternative income investments with a solid track record, Mr. Ardrey says. Adding these securities to their portfolio ideally would lower volatility and provide a higher return than might be available in traditional fixed-income securities such as bonds, the planner says.

The problem: How to ready themselves financially to retire in a couple of years.

The plan: Draw up an accurate budget, continue saving and take steps to diversify their investment portfolio to lower volatility and improve returns.

The payoff: Financial security with a comfortable cushion. 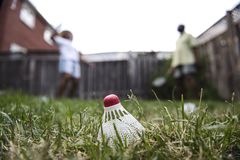 Should these high-income millennials take advantage of a work pension buyback program?
June 28, 2020 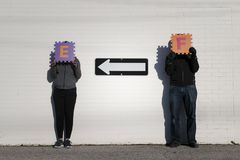 Should Louisa use her inheritance to pay down her mortgage or fulfill her wanderlust?
June 12, 2020 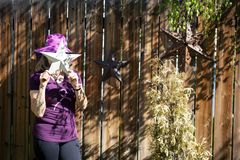