Ben and Lucy are in their early 40s with two children, no company pensions and a burning desire to retire very early. Lucy earns $59,000 a year, Ben $79,000 a year. Both have mid-level management jobs.

“What we would like to know is the best path to achieve a retirement with $55,000 a year income after tax,” Ben writes in an e-mail. “My wife is planning to quit her job soon.” Once Lucy stops working, Ben wonders how much longer he will have to work to achieve their spending target. “Should we sell the house in Toronto as soon as possible and pay off the mortgages and the home equity line of credit?” Ben asks. They would invest the net proceeds. Ben is anticipating a $400,000 inheritance in about 10 years.

We asked Matthew Ardrey, a vice-president and financial planner at TriDelta Financial in Toronto, to look at Ben and Lucy’s situation.

Lucy plans to stop working by month end, just before she turns 45, Mr. Ardrey says. Working from home during the pandemic led her to conclude she needed to spend more time with the children. Ben plans to retire in about 10 years, if possible, when he is 51.

They have an investment portfolio of about $770,000 in various accounts, invested in geographically diversified equities. The one exception is the leveraged investment account worth $447,000, which is all invested in the iShares S&P/TSX Composite High Dividend Index ETF. In addition to their investment portfolio, they own their home worth $850,000 and a rental property valued at $1.4-million.

“With $1.23-million of debt, the risks associated with rising interest rates are considerable, especially when mixed with a reduction in family income,” Mr. Ardrey says.

Ben and Lucy are not setting aside money for retirement at the moment, but Ben is expecting a large inheritance. “Typically, I would exclude an inheritance from any financial projection unless it is quite certain, which in this case Ben feels it is.”

One of the main questions Lucy and Ben ask is whether they should sell their rental property or keep it. Mr. Ardrey prepared two scenarios. In the first, they keep the rental property. It earns them $3,600 a month gross, less expenses of $1,195 and debt repayment costs of about $1,330.

Ben and Lucy have been living frugally, spending about $43,000 a year excluding debt repayment, rental costs and savings. They want to loosen the purse strings a bit in a few years, increasing their spending to $55,000 a year to cover home repairs, a new car, children’s activities and more travel. Without Lucy’s income, they will need to draw about $3,000 a year from their investments, increasing to about $15,000 a year once they hike their spending.

Their current rate of return on their portfolio is 6.14 per cent, less an average management expense ratio of 0.29 per cent, for a net return of 5.85 per cent. “To maintain their asset mix at 100 per cent equities once Ben stops working would be very risky,” Mr. Ardrey says. So in preparing his forecast, he assumes they move to a balanced asset mix of 60 per cent stocks and 40 per cent bonds at Ben’s retirement. This lowers the rate of return to 4.1 per cent gross and 3.81 per cent net of MERs. When Ben receives the inheritance, the planner assumes they catch up with their contributions to their tax-free savings accounts and make their annual maximum contribution thereafter.

“In the first scenario, they can achieve their retirement goal, though with very little financial cushion if the rental property is never sold,” Mr. Ardrey says. Though there is a net worth of $7.7-million at Ben’s age 90, it is almost entirely real estate.

In the second scenario, they sell the rental property in 2022 and retire all of the associated debts. Based on a cost base of $790,000 there is a capital gain of $660,000. This capital gain is reduced by estimated selling costs of 5 per cent, or $72,500, making the net gain $587,500. The same investment drawdown and rate of return figures apply in this scenario. The one change is they fund their TFSAs earlier using the proceeds of the rental sale.

“In the second scenario, they can also achieve their retirement goal and have more financial cushion when doing so,” Mr. Ardrey says. Their net worth is $6.8-million at Ben’s age 90, but they are able to spend $24,000 more than their target each year – or $79,000 – from Ben’s retirement to his age 90, adding much more financial flexibility.

“Looking at these scenarios, it is apparent that there are some major risks to their retirement success,” the planner says. The first is future interest rates. “With so much debt, a rise in interest rates could have a significant impact on their monthly costs,” the planner says. The second risk is rates of return. Given the more than 50-year time horizon, Mr. Ardrey used what is called a Monte Carlo simulation – a software program – to stress-test the success of the couple’s retirement plan. For a plan to be considered “likely” to succeed, it must have at least a 90-per-cent success rate. Less than 70 per cent is considered “unlikely.”

Both the first and second scenarios fall into the “somewhat likely” category, with success rates of 75 per cent and 86 per cent, respectively. Because this is below the 90 per cent threshold, Mr. Ardrey suggests some changes to their portfolio allocation, replacing a portion with private investments such as real estate investment trusts or mortgage investment corporations.

To invest in these asset types, they will need to access them through an investment counsellor who could charge 1.5 per cent a year, tax deductible on non-registered accounts, he says. Such investments carry risks, but may lessen the reliance on traditional fixed-income securities on which yields are historically low.

The problem: After Lucy quits this month, how much longer will Ben have to work to achieve a retirement spending target of $55,000 a year? Should they sell their rental property to pay off debt?

The plan: The scenario in which they sell the rental and pay off their debts offers a greater degree of security and allows them to spend even more if they choose to. Consider diversifying the investment portfolio into private, income-producing assets such as REITs.

The payoff: The path forward they are asking for.

Can Tom and Marie travel the world on their line of credit for 10 years without running into financial trouble?
June 25, 2021 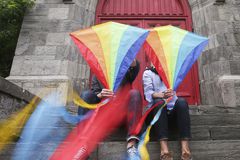 George and Jaclyn are angling for early retirement. Can they make it work?
July 2, 2021 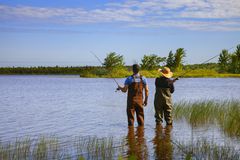 Can Kevin and Lara retire early? And when should they take CPP?
Subscriber content
June 18, 2021 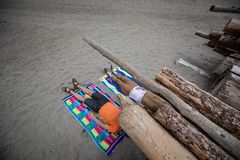