Bernadette’s life has changed in a heartbeat, leaving her uncertain about where she stands financially. “As my husband passed away suddenly last year at age 59, I probably could use some advice as to how best to plan my future,” Bernadette writes in an e-mail. She is age 63 and earns $64,000 a year working in the travel industry. She gets $490 a month from the Canada Pension Plan survivor’s benefit. Her two children, who are in their early 20s and still living at home, give her money each month for groceries.

Bernadette has a defined benefit pension that will pay $38,900 a year at the age of 65 – but it is not indexed to inflation. She has the option of taking the commuted value – about $750,000 – but she is leaning toward the monthly pension instead.

Her husband left her comfortable financially. Bernadette’s assets include a $1.6-million mortgage-free home in the Greater Toronto Area, a registered retirement savings plan, a tax-free savings account and unregistered investments as well.

Like so many Canadians, Bernadette’s investments mainly consist of mutual funds bought at her local bank branch – funds that bear high fees.

We asked Warren MacKenzie, head of financial planning at Optimize Wealth Management in Toronto, to look at Bernadette’s situation.

Bernadette’s retirement spending goal is $65,000 a year after tax. She wonders whether she can achieve that goal if she gives her children money for a down payment on their first homes, Mr. MacKenzie says.

“She can stop worrying,” the planner says. “With a net worth of over $3-million – including her house and the commuted value of her defined benefit pension plan – she is wealthier than about 98 per cent of all Canadians.”

If Bernadette gives each of her children $100,000, she would still leave an estate of about $3.3-million (or $1.5-million in dollars with today’s purchasing power) if she lived to be 100, he says. That assumes she sells the house at the age of 94 and invests the proceeds. It also takes into account high nursing care costs – $150,000 a year in today’s dollars and $282,000 in future dollars – for the last five years of her life, Mr. MacKenzie says. His calculations assume a 4-per-cent rate of return with a 2-per-cent inflation rate.

“This means she has a large surplus,” the planner says. “Her goal is not to leave a large estate but rather to help the children when they’re young and can most use the help.”

One big decision Bernadette will have to make soon is whether to take her non-indexed pension of $38,900 a year or the commuted value of about $750,000. “The reasons to take the pension include having a guaranteed income for life and not having to make investment decisions when she is in her late 80s or early 90s,” Mr. MacKenzie says.

On the other hand, it is likely that inflation will rebound at some point and Bernadette could be relying on her retirement income for 30 years or more. “Inflation will seriously erode the value of an un-indexed pension,” he says.

Because Bernadette is a widow, the pension’s survivor benefit is of no advantage. “If she were to die in her 70s or early 80s, the estate would be significantly smaller if she took the pension rather than the lump-sum commuted value.”

If Bernadette lives to 95, with 2-per-cent inflation, her children would inherit a slightly larger amount if she took the commuted value and earned an average rate of return of 4 per cent per annum, he says. “On balance, to be prudent and have some protection against inflation or an early death, she should consider taking the commuted value of the pension.” If she is worried about making investment decisions or about running out of money, she could consider buying an annuity – perhaps an advanced life deferred annuity – when she is in her mid-70s or early 80s, the planner says.

With regard to her investments, one good thing about her portfolio is that it is not complicated, Mr. MacKenzie says. With more than $1-million in different investment accounts, $630,000 is in two balanced mutual funds. These are “funds of funds,” meaning that most of the investments in the funds are other mutual funds offered by the same bank.

“So although she only has a few investments, she is still overdiversified,” the planner says. Over the long term her rate of return is likely to be the market return (that is, the same as the market) less the mutual fund management fees that she pays, he says.

Bernadette’s asset mix is about 60-per-cent equities and 40 per cent fixed income. Given that she does not need a high rate of return to achieve her goals, and also that the equity markets are near all-time highs, she should consider reducing her exposure to equities, the planner says. Bernadette stated in her questionnaire that she would like to reduce her investment risk. As well, she would like to feel confident that she is managing her investments wisely.

“Given that she rated her investment knowledge as average, and since her portfolio is worth more than $1-million, she should consider working with a professional portfolio manager who operates under the fiduciary standard of care,” Mr. MacKenzie says. “Her investment management fees would be lower than she is paying on proprietary bank-owned mutual funds.” He estimates Bernadette is paying an average management expense ratio of more than 2 per cent a year. On $630,000, that amounts to $12,600 a year for a portfolio that is unlikely to beat a low-cost index fund, he says.

From an income tax point of view, she should turn her RRSP into a registered retirement income fund (RRIF) as soon as she retires at the age of 65 to take advantage of her lower tax rate, Mr. MacKenzie says. By drawing down her registered funds early, Bernadette will have more of her income taxed at the lower rate that applies to the first $44,700 a year of taxable income. If she waits until she is 72 to begin drawing on her RRIF, it will be larger and the withdrawals higher. She might even have some of her Old Age Security benefits clawed back. Each year she should transfer the maximum contribution allowed from her taxable account to her tax-free savings account.

Because Bernadette does not need the income, and she expects to live a long time, she should consider delaying the start of her Canada Pension Plan and OAS benefits until age 70, the planner says.

The problem: Can she afford to give each child money for a down payment on a home without jeopardizing her retirement goals?

The plan: Go ahead and give the children $100,000 each. Review her investments with a view to lowering fees. Shift to a more conservative asset allocation. Consider taking the commuted value of the pension and investing the money.

The payoff: Confidence that she is managing her financial affairs in the best possible way. 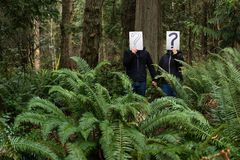 Couple decide to sell their farm, with travel and other retirement goals in their sights
January 29, 2021 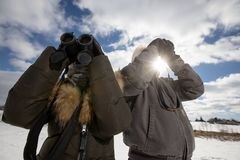 How can this student start a socially responsible investing portfolio with her savings?
February 5, 2021 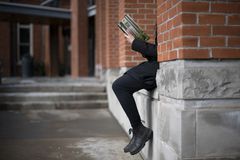