Edna’s No. 1 goal is to buy a place of her own – a condo – in the Ontario town where she lives. The unit she has her eye on would cost about $225,000. Most of her savings are tied up in her registered retirement savings plan, so she would put 20-per-cent down and finance the balance with a mortgage at 2.2 per cent. To raise the down payment, she would sell her non-registered investments and take the balance from her bank account.

When Edna retires from work, she will be living on her Canada Pension Plan and Old Age Security benefits, drawing the balance from her tax-free savings account and RRSP, which she will convert to a registered retirement income fund, or RRIF. Her lifestyle spending needs are about $40,000 a year.

“Can I afford to retire on Dec. 31, 2021?” Edna asks in an e-mail. “What should be my target rate of return in order to maintain my standard of living to age 95?” She is also concerned about possible nursing home costs in her old age.

We asked Warren MacKenzie, head of financial planning at Optimize Wealth Management in Toronto, to look at Edna’s situation.

Mr. MacKenzie prepared two forecasts, one where Edna buys the condo, taking on a mortgage of about $180,000, and one where she continues to rent for $1,160 a month, including utilities.

“Using reasonable assumptions, Edna’s money will last until she is 98, even if she requires eight years of nursing-home care,” the planner says. “She will be okay regardless of whether she rents or buys, so she can take the financial question off the table and focus on the emotional and lifestyle aspects of the decision,” he adds. “How important is it for her to own rather than to rent?”

The key to her being able to achieve her goals is the fact that living outside of Toronto, her housing costs and other lifestyle expenses are quite low, Mr. MacKenzie says.

In the first scenario, where Edna continues to rent, her lifestyle expenses remain the same, rising in line with the inflation rate, which Mr. MacKenzie estimates at 2 per cent. She retires at year-end 2021 and begins collecting CPP and OAS benefits.

“Edna was wise to delay taking CPP and OAS to age 70,” the planner says. Her CPP benefits will be 42-per-cent higher than they would have been if she had taken them at the age of 65, while her OAS benefits will be 36-per-cent higher. While Edna will not get maximum CPP benefits, the total of CPP and OAS will be about $19,000 a year, covering almost half of her total cash flow requirements. She will need another $27,000 to cover the rest of her expenses, including income tax, and this will come from her RRSP/RRIF.

If she buys the condo, Edna’s housing costs will rise. She expects condo fees, property tax and mortgage payments will total about $20,000 a year. She will also forgo the income that she might have earned on her $45,000 down payment. She’d have to draw the additional funds from her TFSA and RRIF.

“However, this should not negatively impact her net worth because the [potential] tax-free appreciation in the value of the condo and the reduction in mortgage principal over time will offset the added costs,” the planner says. A possible rise in interest rates could mean higher mortgage rates, but if they are accompanied by a rise in inflation, the higher carrying costs could be offset by a more rapid rise in real estate prices, he adds.

To rest assured that she won’t run out of money even if she lives to be 100, Edna might want to explore the pros and cons of buying an advanced life deferred annuity (ALDA), Mr. MacKenzie says. Starting in 2019, ALDAs allow a retiree to transfer up to 25 per cent of their RRIF account value (up to a limit of $150,000, indexed to inflation) to a deferred life annuity where annuity payments can be deferred until the age of 85. The ALDA’s purpose is to reduce the risk of running out of income late in life.

Edna does not have a surplus, or more than she needs, but she has enough, Mr. MacKenzie says. “As the Chinese philosopher Lau Tzu has said, “He who knows when he has enough is wealthy.”

The problem: Can she retire from work in one year and buy a condo too?

The plan: Weigh the odds on buying or continuing to rent. Either way, she’d be okay financially because she could sell the condo in her later years to pay for nursing home costs if necessary.

The payoff: An easier time making the decision.

How can Ella crystalize the future without a financial plan?
November 9, 2020 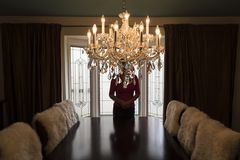 Can this 41-year-old leave her job and ‘retire’ without the worry of running out of money?
October 30, 2020 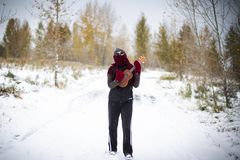 Can Neil and Norma achieve their retirement dreams by downsizing?
October 23, 2020 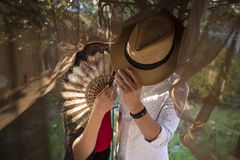