Eric and Estelle are 61 and retired from their careers in health care, although Eric still does some consulting. They both have work pension plans. Hers pays $18,500 a year, his $48,000, both indexed to inflation.

“We have a weird situation in that we have accumulated a reasonable amount of money, our son has launched, and we both have decent defined-benefit pensions,” Eric writes in an e-mail. As well, they both have registered savings plans.

“I know this is an enviable financial position, but we worked hard to get here,” he writes. He worked several jobs “and we lived like church mice in the early years – one vehicle, one child, one dog and one cat.” Recently, they sold their house in Toronto and bought a new place outside of the GTA, although they keep an apartment in the city.

“Our conundrum is how to ‘decumulate’ our money in a safe and tax-efficient fashion after we have spent our entire lives accumulating it,” Eric writes. “Almost nobody discusses how to spend money saved for retirement,” he adds.

They are living off their pension income, Eric’s earnings of $48,000 a year, and withdrawals from Estelle’s registered retirement income fund (RRIF) of $36,000 a year. A key goal is to leave an estate to their son.

We asked Ian Calvert, a financial planner and portfolio manager at HighView Financial Group in Toronto, to look at Eric and Estelle’s situation.

Having two defined-benefit pensions takes a significant retirement risk off the table, Mr. Calvert says – so much so that Eric wonders whether they should keep investing in stocks at all.

The planner suggests they do. If, in their old age, one or both of them needed nursing home care, the cost of living in a high-end facility would be substantial, he says. “The rate of withdrawal from their portfolio could significantly increase at that age to fund this new expense.”

Continuing to hold a globally diversified portfolio of blue-chip stocks with a strong and growing dividend yield will ensure they have additional, reliable investment income if needed, he says. Dividends offer protection against inflation and those eligible for the dividend tax credit are also tax-efficient.

To manage the risk of holding stocks throughout their lives, Estelle and Eric should also hold some bonds, Mr. Calvert says. “As a minimum, holding at least 20 per cent in investment grade bonds will provide the flexibility and uncorrelated asset class [to the stock market] to allow them to take advantage of the inevitable pullbacks in the market to add to their holdings” when stocks are cheaper.

In doing his consulting work, Eric is paying himself a wage from his professional corporation. “As Eric approaches 65, there is a stronger case to start paying himself a dividend rather than a salary.” That’s because two of the main advantages of taking a salary start to diminish at this age, he says: earning new RRSP contribution room and contributing to the Canada Pension Plan. Eric likely is already entitled to the maximum CPP benefit, and he’s starting to plan for the withdrawal phase of his registered retirement savings plan.

Eric also asks about when to take his CPP benefit. Mr. Calvert suggests both he and Estelle defer CPP to age 70. By doing so, their payments will be 42-per-cent higher than they would get at the age of 65. He assumes they will both begin taking Old Age Security benefits at 65.

Eric and Estelle need to think about estate planning and how they want to position their wealth, the planner says. “In other words, they need to focus on the location of their investable assets.”

If Eric decides to slow down and stop working before the age of 71, he could then convert his RRSP to a registered retirement income fund (RRIF) and start taking the annual minimum with the goal of “melting down his RRSP” early, Mr. Calvert says. “By reducing his RRSP and preserving his other assets, they will have a more tax-efficient balance sheet from an estate perspective.” This only makes sense if Eric is no longer working.

Finally, Estelle and Eric could consider giving something to their son now. A gift of cash would be received tax-free by their son. If the gift is capital property (such as securities), Eric and Estelle would be deemed to have sold the property at fair market value and would have to pay any resulting capital gains.

“The benefit of this strategy is that the capital gains could be spread over a number of years, as opposed to being taken at once on their final income tax return, Mr. Calvert says. The gift would also avoid probate fees. He recommends the son keep the gifted assets in a separate account in his name only so they likely would not be considered family assets in the event of a divorce.

The people: Eric and Estelle, both 61, and their son

The problem: How to draw on their savings and investments in a tax-efficient way.

The plan: Eric could begin paying himself dividends rather than a salary. If he quits working before age 71, he could draw from his RRSP/RRIF first. Consider gifting assets to son now.

The payoff: All their goals achieved 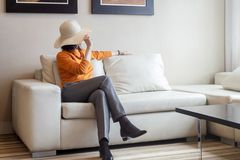 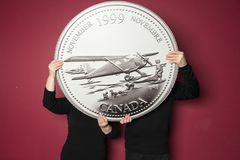 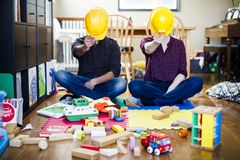