At the age of 37, William is having second thoughts about his life goals. He works hard and earns good money – $200,000 a year in salary and dividends – running his own professional firm. His long-term goals include amassing a substantial investment portfolio by the time he retires from work.

But that’s a long way off. For now, he’s separated with joint custody of his six-year-old son.

“After growing my business for the past seven years, I’m not as content as I imagined,” William writes in an e-mail. “It’s a stressful industry and I’m questioning if I’ve valued the wrong things thus far in my life,” he writes. “Could I afford to drop my income to $100,000 a year and still make my retirement goal of $2-million by age 65?” Working less would allow him to focus more time on himself and his family.

“If I shift down my work income, what will my monthly outlays need to be reduced by?” William asks. He plans to “spend the next 25 years polishing my practice to get it in a state to sell.” He figures the business will be worth about $300,000.

In addition, William has his principal residence and two rental properties, one of which houses the business. The income properties are cash-flow positive, he says.

William has not yet figured out how much he will need to support his lifestyle when he retires. In the meantime, he is thinking of buying a place in Phoenix that he would “operate as a rental and one day become a snowbird.”

We asked Steve Bridge, an advice-only certified financial planner at Money Coaches Canada in Vancouver, to look at William’s situation.

By shooting for $2-million by the age of 65, William is going about things the wrong way, Mr. Bridge says. William should figure out why he wants to meet this specific target.

“He mentioned that he wants to have 10 times his annual income by retirement, but rules of thumb often do not apply to one’s individual circumstances,” the planner says. “A better question for William to ask is: How much do I need to save for the coming years in order to have the retirement lifestyle that I want at age 65?”

William’s first step should be to figure out what his after-tax retirement spending target is, Mr. Bridge says. “This is a very powerful number. Without it you’re steering a rudderless ship.”

To maintain his current lifestyle, William will need about $65,000 a year after tax in retirement, the planner says. “I came up with this figure by removing his mortgage payments, child support and current savings, and adding $15,000 in for increased lifestyle spending and health care costs,” Mr. Bridge says.

“The good news is that William can reduce his current saving to $12,000 per year from $18,000 (registered retirement savings plan and tax-free savings account) and end up with an after-tax income of $65,000 a year at age 60 – five years earlier than he was planning to retire,” Mr. Bridge says.

This assumes William sells his rental properties at retirement, clears any mortgage debt still outstanding on his home, lives to 95 and has an asset allocation of 65-per-cent stocks and 35-per-cent fixed income.

To be conservative, the planner did not include the sale of the business. “I recommend William revisit the valuation of his business when he is in his 50s,” Mr. Bridge says. “He will have a more accurate valuation to work with and can incorporate that figure into his retirement plan,” he adds. “It may allow William to retire earlier than forecast or to enjoy a higher standard of living. A lot can change in 20 years.”

If William chooses to work less and cut his income substantially – if only for a few years – he will have to cut his spending as well in order to save that $12,000 a year, the planner says. How much of a cut will depend on what he is left with after the essentials. Travel and eating out are two of his largest discretionary spending items.

“We come back to what is most important to him: working less or cutting back on discretionary spending,” the planner says. For example, William lists a $95,000 vehicle among his assets, yet he has a line of credit of more than $44,000 outstanding.

“This is where it gets into his choices,” Mr. Bridge says. “He has to decide what is more important him – reducing his work hours and saving for the future, or travelling and eating out.” While William is not a spendthrift, cutting down on eating out and travel could save him $12,000 a year,” the planner says.

If, instead, William decides his $2-million goal by 65 is more important than achieving a more balanced lifestyle, he can reach it by continuing to save as he is now ($18,000 a year), Mr. Bridge says. This assumes an average annual rate of return of a little more than 5 per cent.

Given the complexity of William’s circumstances – and how much is at stake – Mr. Bridge recommends that William get a complete financial plan prepared that includes a strategic saving plan for retirement. It would cover how much to invest inside his corporation, RRSP, TFSA and non-registered accounts), a cash-flow plan that would allow him to reduce his hours and pay down his debts, particularly his line of credit, and an insurance review (even with a dependent child, William has no disability or life insurance). “Such a plan also would help him make optimal decisions about his real estate investments.”

As for his goal of buying a retirement property in Phoenix, there is a lot to consider when it comes to purchasing a rental home in the United States, such as whether it will be cash-flow positive and the tax implications of collecting rent there.

“This is a big financial commitment (especially since he’ll be purchasing in U.S. dollars) and a lot can change between now and when he would like to be living there,” Mr. Bridge says. “I suggest further research and wintering there at least a couple of times before committing to a purchase,” the planner says. “This could save William big money and hassles later on.”

The problem: Can he afford to work less without falling short of his retirement savings goal?

The plan: Try looking at things differently by figuring out how much he will actually need to spend when he retires. Reduce his savings to $12,000 from $18,000 a year and cut back on travel and dining out.

The payoff: A more holistic way of looking at his financial affairs. 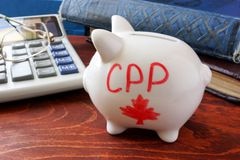 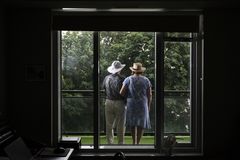 ‘Pandemic drop’ has made Lana unsure whether her sizable investments can really sustain her for life
July 10, 2020 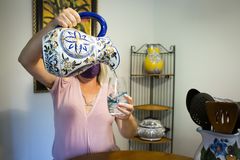