Herb has a union job in the oil patch that takes him away from home more than he would like. At the age of 63, his goal is both reasonable and modest: to retire from his $120,000 a year job next year and spend time gardening, cycling and travelling south each winter with his wife, Hattie, who is 11 years younger.

Herb has a work pension that will pay him $2,300 a month, not indexed to inflation, starting at the age of 65. They also have savings and investments.

Herb’s main concern is how to structure their retirement cash flow. Their spending goal is $60,000 a year after tax. “My question is, what should I draw down first and what should I leave for later, always keeping in mind tax efficiency,” Herb writes. He also wonders about their portfolio. “Am I properly invested?”

We asked Ross McShane, vice-president of financial planning at Doherty & Associates in Ottawa, an investment counselling firm, to look at Herb and Hattie’s situation.

Herb and Hattie will have sufficient assets to cover their income needs without having to worry about outliving their capital, Mr. McShane says.

In preparing his forecast, the planner makes a number of assumptions, among them a 4.5-per-cent average rate of return, after fees, on their investments and an inflation rate of 2 per cent a year. Herb begins collecting full Canada Pension Plan (CPP) benefits at the age of 65, and Hattie partial benefits, also at 65. They both begin taking Old Age Security (OAS) benefits at 65.

Mr. McShane “bumps up” their retirement spending goal to $70,000 a year after tax to allow for vehicle depreciation and to provide a buffer against unexpected expenses. They are currently spending about $42,000 a year.

If they keep their spending as is next year, they may not have to draw from their investment income after Herb retires mid-year, the planner says. His pension starts in 2020. In 2022 – the first complete year in which they are both fully retired – they are forecast to have $1.5-million of investments, spread among registered retirement savings plans (RRSPs), tax-free savings accounts (TFSAs) and non-registered, or taxable, accounts.

Their income sources will be Herb’s pension, CPP and OAS benefits totalling slightly less than $50,000 gross. Hattie will have no income source (other than investments) until she turns 65 and begins getting OAS and CPP. They will need to withdraw $35,000 from their investments that year to cover the gap, a withdrawal rate of 2.5 per cent.

“The good news is that they will only be dependent on the income (interest and dividends) from their portfolio and should not have to draw on their principal,” Mr. McShane says.

“An argument could be made that Hattie should consider an RRSP withdrawal in 2022 to take advantage of her low tax bracket,” Mr. McShane says. But after going over the numbers, he does not foresee their tax brackets surpassing 30 per cent in the future. “Given that there is not expected to be a significant increase in tax brackets later on in retirement, my suggestion for now is to delay withdrawing from the RRSP,” he says. They should review this annually.

As for their investments, they have a “smorgasbord” of guaranteed investment certificates, mutual funds, stocks and exchange-traded funds (ETFs), Mr. McShane notes. Their asset mix is 30-per-cent cash and fixed income and 70-per-cent equities. He wonders whether they have an overall strategy. “Are all of these accounts working together as one?” he asks.

As well, the portfolio is not as tax-efficient as it could be, the planner says. The TFSAs are heavily weighted with U.S. dividend-paying ETFs “that give rise to a withholding tax [on the dividends] that is not recoverable,” he says.

The problem: How to make the most of their savings and investments after Herb retires

The plan: Retire as planned. Herb splits pension income with Hattie and they draw shortfall from non-registered portfolio first.

Could this octogenarian widow run out of her retirement savings?
Subscriber content
November 23, 2018 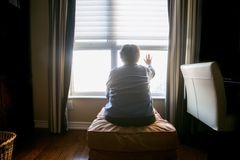 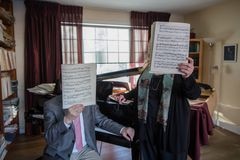 This couple started saving too late for retirement and now face some tough choices
November 17, 2018 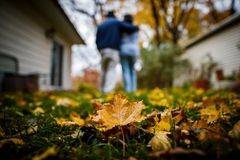