The mortgage on their Alberta home will be paid off by year-end, as will their line of credit. Apart from Barbara’s pension, which will pay her about $30,000 a year at the age of 60, their savings are modest, so their No. 1 goal is to “save and invest as much as possible,” Barbara writes in an e-mail.

They wonder if they need all the different life insurance policies they have, whether they should manage their own investments using a discount broker and when Barbara should begin collecting government benefits.

Their retirement spending goal is $50,000 a year after tax. They plan to spend their postwork years travelling in Canada and “maybe abroad,” doing volunteer work, and maybe opening a home-based business.

“How soon can we realistically retire?” Barbara asks.

We asked Tom Feigs, a financial planner at Money Coaches Canada in Calgary, to look at Barbara and Burt’s situation.

After they have paid off their mortgage and line of credit, Burt and Barbara want to bump up their savings substantially to $5,000 a month as a final push to retirement, Mr. Feigs says.

He recommends they both open tax-free savings accounts and transfer non-registered funds to their TFSAs “such that their TFSA contribution room of $69,500 each is used up.” This will shelter growth in the TFSA accounts from tax.

To supplement Barbara’s pension with retirement savings, the planner suggests Barbara continue to use up her registered retirement savings plan contribution room each year ($4,800) until she retires. He does not recommend contributing to Burt’s RRSP because his income is relatively low.

He recommends Barbara start Canada Pension Plan benefits at the age of 65 rather than taking CPP earlier. “This serves to create higher lifetime income for basic spending.” Barbara and Burt should start collecting Old Age Security benefits at 65.

“It’s nice to know financial independence is close at hand,” the planner says. “Barbara and Burt have some lifestyle flexibility, so they could spend more if they chose to.”

In preparing his forecast, the planner assumed a rate of return on investments of 5 per cent a year after fees, which gradually becomes more conservative over their retirement years. He assumes an inflation rate of 2 per cent and that they both live to the age of 95.

Life insurance is a way to support the survivor in case one or the other dies before financial independence is reached, Mr. Feigs says. “In the case of Barbara and Burt, they are within one year of being financially independent based on their $50,000 retirement lifestyle spending target,” he says.

As Barbara suspects, the couple have more life insurance than they need.

Barbara has group insurance at work, which will end when she retires, and she has term insurance of $35,000.

Barbara also has whole life insurance with a cash surrender value of $18,000 and a death benefit of $65,000. Burt has a term policy for $105,000 and a universal life policy for $100,000. The planner recommends Burt cancel the universal life policy immediately because Barbara doesn’t need the insurance money, and that they cancel both term life policies in one year. He suggests they sit down with their insurance agent when Barbara retires and explore whether her whole life insurance has continued value.

Next, Mr. Feigs looks at the couple’s investments and how they might manage them differently. Excluding their chequing accounts, Barbara has $140,000 in GICs with the rest managed by an investment adviser. She has asked whether she should “divorce” her financial adviser and go solo using a discount brokerage.

Mr. Feigs recommends she reduce her GICs (safe cash savings) from $140,000 to $30,000 and invest the balance with a single, low-fee investing service, where it should be invested for medium to long-term growth. “That way, it’s easier to monitor performance and keep the draw-down of savings on track,” the planner says.

The planner suggests three distinct options, each with different fees and requiring different degrees of involvement:

The problem: Can they both retire in mid-2022 with $50,000 a year after tax in spending? Do they need all that life insurance? Should they switch to a discount brokerage to lower their fees?

Couple ready to play the long game as they plan for retirement
January 24, 2020 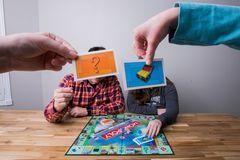 Can Robert and Timothy afford to retire early, raise a child and move to Victoria while hitting spending goals?
January 17, 2020 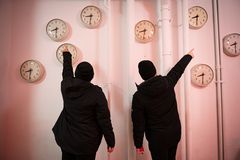 Marguerite is back living with her partner and returns for a second Financial Facelift
January 31, 2020 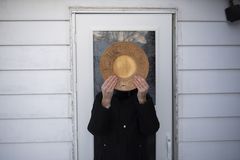