Nearly a quarter century ago, Liam and Liz bought some farmland in a desirable part of Ontario close to where they live. They were both fully employed at the time, with Liam pulling in a substantial salary as a professional. Their solid income enabled them to borrow to buy the land and the equipment they needed to till, plant and tend it.

Ten years ago, as the farm became more demanding, Liam decided to quit his professional job and farm full-time. “I liked working in the fields,” Liam says in a phone interview. Now, with the loans nearly paid off, he and Liz have decided to hang up their hats. They’ve accepted an offer for the business that could net them a substantial sum after capital gains tax is paid and the remaining loans retired. Liam is 59, Liz 65.

“I’ve got 24 seasons under my belt now,” Liam says, reflecting. Liz has already retired. They want to “do a lot more travelling” in summer as well as winter, Liam adds. They also want to fix up their house – maybe renovate the kitchen – and spend more time on their hobbies. Liam has been drawing $75,000 a year in salary from the business, while Liz is getting $29,630 a year in work pension and government benefits.

Although they have one adult child and three grandchildren, they haven’t given much thought to leaving a big estate, Liam says. “We just want to enjoy the time we have to do whatever we want.” Liam has a pension from a previous employer in a locked-in retirement account (LIRA). Liz’s defined benefit pension ($985 a month) is partly indexed to inflation.

Their questions: “What is the best strategy for withdrawing from our savings to minimize taxes? When is the best time to convert our RRSPs and LIRA to registered retirement income funds (RRIFs) and a life income fund (LIF)? Is our withdrawal level sustainable for another 30 years?”

Liam and Liz can rest easy, Mr. Van Nest says. “They have no chance of running out of money. Travel away, I would say.” Liam and Liz are not unusual. “I find a lot of people are in this position,” the planner says, “clients who are high-income earners, they don’t have a lavish lifestyle, they’ve done a great job of accumulating money but they’re still worried about it.”

In preparing his analysis, Mr. Van Nest makes a number of assumptions, including that the farm is sold for $1.85-million after tax some time this year and all debts are paid off. Liz and Liam continue spending $5,775 a month (after debt payments cease), growing by 2 per cent a year to reflect inflation. They maximize their tax-free savings accounts every year as long as there are non-registered assets to draw from. (They have substantial unused TFSA contribution room because they withdrew money in the past to cover farm expenses.) “This means every year right through their 90s,” the planner says. He assumes Liam starts drawing Canada Pension Plan benefits at the age of 66.

Initially, the couple’s retirement income will come from Liz’s pension and government benefits, minimum withdrawals from Liam’s LIRA and the balance as needed from their non-registered account. Eventually, Liam will begin collecting government benefits as well.

At age 71, Liam will convert his RRSP to a RRIF and begin making mandatory withdrawals the following year. After that, “surpluses are anticipated,” the planner says.

Next, Mr. Van Nest looks at the couple’s investments, which Liam manages himself and that are entirely in stocks. “I think it’s time to reduce the stress that this kind of portfolio brings,” the planner says. “At this point they should be worrying about other things than a meltdown in the market.”

“The recommended approach for investing is a simple one,” Mr. Van Nest says. “Because we know their goals will easily be achieved with relatively conservative returns, a mix of anywhere from one to four low-cost exchange-traded funds is recommended with a 50-per-cent equity/50-per-cent bond ratio.” The current holdings are about half in equity ETFs and half in individual stocks that require smart timing of markets, the planner says. “Such a portfolio will likely not beat a simple, passive portfolio that could be accomplished with a single, all-in asset allocation ETF with a management expense ratio of 0.2 per cent,” he says.

“The work of accumulating net worth has already been accomplished over the course of their successful careers,” Mr. Van Nest says. “Now would be a bad time to put it at risk. No one can pick stocks with certainty and there’s simply no need to add this stress to their retirement.”

He recommends Liam convert his LIRA to a LIF soon to get the federal pension tax credit of $2,000 and to lessen the draw on their non-registered funds. “By beginning the minimum required LIF withdrawals of $12,000 over the next year, small deficits are easily funded by the substantial non-registered accounts,” he says. In fact, with CPP, Old Age Security and Liz’s pension all indexed to inflation, much of their income is protected over time. Once RRIF income begins for Liam at the age of 72, cash flow surpluses are anticipated, which results in increasing net worth throughout their retirement. Their net worth at her age 100 is forecast at $8.5-million in future dollars, including the value of their home.

If they earned 3.7 per cent on their registered assets rather than 4.7 per cent, it only affects their net worth by $1-million by her age 100. “This would indicate that Liam and Liz can enjoy a very comfortable retirement, with plenty of travel and no financial concerns, knowing they will leave a very substantial estate regardless of their longevity,” the planner says. “There is no forced home sale at any point.”

The problem: Can they maintain their lifestyle without ever running out of money?

The plan: After the farm is sold and Liam retires, they draw on their savings to supplement Liz’s pension and government benefits, starting with Liam’s LIRA and their non-registered capital. They take steps to lower risk in their investments.

The payoff: In the planner’s words, they can live a life of financial peace.

After years of saving, couple on the verge of retirement prepare for the spending phase
March 2, 2021 Can this Alberta couple minimize their tax exposure in retirement?
March 2, 2021 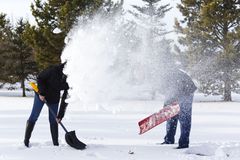 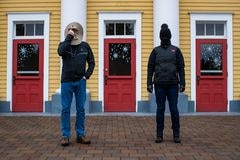