Barry and Rhoda are in their mid-50s with good jobs, no pension plans and a strong desire to retire from work as soon as possible. The catch is they’re not sure they can afford to. They’d be leaving behind combined employment income of $187,000 a year.

They have no children so are not concerned about leaving an estate.

Their financial assets – not including their home – add up to more than $1-million, money that Barry had been managing himself until recently. They decided to hire a financial planner because “when it came to retirement readiness, I realized I didn’t know what I didn’t know,” Barry writes. They pay a fee of 1.5 per cent a year.

“Our financial planner is confident my wife and I could retire now and our savings would support us into our 90s,” Barry writes in an e-mail. “I question this.” Their retirement spending goal is $65,000 a year after tax, plus $5,000 a year for travel.

“Are we in a position to take an early retirement?” Barry asks. “Life is short and things start to go wrong at our age. What are the risks?” They are willing to be flexible, taking more investment risk or paring their spending target.

We asked Matthew Sears, a financial planner at T. E. Wealth in Toronto, to look at Barry and Rhoda’s situation.

Barry says they are willing to take on more risk if necessary. The first thing Mr. Sears did was to have Barry and Rhoda fill out a questionnaire to determine their tolerance – and capacity – for risk. The results showed they could tolerate moderate risk and that a balanced portfolio would suit them best. So they should stick with their existing portfolio – roughly 60 per cent equities and 40 per cent fixed income, Mr. Sears says. The estimated return before fees of such a portfolio would be 5.34 per cent. After deducting the 1.5-per-cent fee they are paying, they’d be left with a return of 3.84 per cent.

Barry says when their financial planner ran his projections, he used a rate of return of 5 per cent and a life expectancy of 89. “Based on their current age and mortality tables, there is a 25-per-cent chance that one of them would live until age 98,” the planner says. So in his forecast, he assumes Barry, who is younger, lives to the age of 98.

If they retire from work this coming January, Barry and Rhoda will deplete their investable assets in 2047, when Barry is 83 and Rhoda is 86. If they were to sell their house at that point and net $850,000, they could invest the proceeds and rent. (Their house is assumed to grow by 2.1 per cent a year for 28 years, minus a 5- per-cent real estate commission.) If they do this, their investment assets would last until Barry is 95 and Rhoda is 98. But what if Barry lives to the age of 98?

To ensure Barry does not outlive their savings, they’d still need to take on more risk than they’d be comfortable with, even with the house sale. They’d need a return of 4.44 per cent net of fees, or 5.94 per cent gross. “In order to stay within their current asset mix, they should explore options to lower their management fees,” Mr. Sears says.

If they retire in January but want to stay in their house beyond their mid-80s, they would need a net rate of return on their investments of 5.7 per cent after fees – or 7.2 per cent gross – to achieve their retirement spending goal, Mr. Sears estimates. To achieve such growth, they’d have to take on “significantly more risk than they have the capacity to, or are comfortable with.”

Other alternatives: First, to remain in their home for their lifetime without taking on additional risk, they could work a little longer. If, for example, they worked to 2024 – four years longer – they could achieve their spending goal with their existing portfolio, Mr. Sears says.

Second – and perhaps the most appealing – if they don’t mind selling their house in 28 years and investing the proceeds at their current rate of return, they would have to work only an extra year, to 2021.

Third, they could reduce their retirement spending. If they lowered their sights by $11,100 a year, “retirement in January, 2020, would be achievable without having to sell their house” or take on more investment risk, Mr. Sears says. That would limit their spending, including the $5,000 a year for travel, to $58,900 a year.

The problem: Can they retire from work in January without running out of savings?

The plan: Take a close look at their options. Would they really be comfortable with riskier investments? What if they don’t achieve their target return? What if they don’t feel like moving from their house in their 80s? Would having less money to spend for the rest of their lives really be preferable to working a bit longer? Look for ways to lower their investment fees.

The payoff: Making an informed decision

Can this couple retire early to stop and smell the flowers?
August 16, 2019 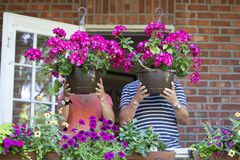 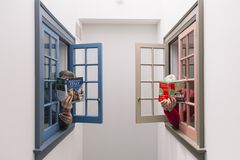 Can Camille afford a new condo and a year off for travel while she is helping to support her aging parents?
August 28, 2019
Follow us on Twitter @globemoney Opens in a new window
Report an error Editorial code of conduct
Due to technical reasons, we have temporarily removed commenting from our articles. We hope to have this fixed soon. Thank you for your patience. If you are looking to give feedback on our new site, please send it along to feedback@globeandmail.com. If you want to write a letter to the editor, please forward to letters@globeandmail.com.
Comments