Like so many civil servants who contact Financial Facelift, Herbert wants to retire from the work force as early as he possibly can, perhaps because he can. When he does, he will get a pension of about $32,680 a year, fully indexed to inflation.

Herbert is 48, single, and earning about $164,000 a year. He also has a rental property that allows him to build equity as the mortgage is paid down.

Herbert’s goal is to save as much as possible over the next four years and retire from work in mid-2022 at the age of 52. His post-employment spending goal is $50,000 a year after tax – more if possible.

When he quits, he plans to sell his Ontario investment property, downsize to a suburban condo and spend six months of the year in Florida. He wonders whether he can “upsize” his spending goal if he chooses, and how much he should save over the next four years in order to meet his goals.

We asked Ross McShane, vice-president of financial planning at Doherty & Associates in Ottawa, to look at Herbert’s situation.

With his residence mortgage recently paid off, Herbert will have an annual cash-flow surplus of nearly $50,000, Mr. McShane says. As for the rental mortgage, interest is tax deductible, so given the low rate (2.6 per cent), “accelerating the payout should not be a priority,” he adds. The property is breaking even after mortgage and expenses.

Instead, Herbert could use the surplus to catch up with the unused contribution room in his tax-free savings account, after which he can open a (non-registered) investment account and direct his savings there. He can add to this account after he sells his Ontario properties.

In preparing his plan, Mr. McShane makes a number of assumptions. He has Herbert selling his rental property and downsizing his home to a less expensive condo ($325,000) one year after he retires from work. The plan assumes a rate of return on investments of 5 per cent, and an inflation rate of 2 per cent.

The planner adds $5,000 a year to Herbert’s retirement budget because he won’t be getting as much rental income, if any, from his Florida condo once he begins spending the winters there, and to account for the Canada-U.S. exchange rate.

"Using $55,000 for expenses, this will be tight,” Mr. McShane says. “The projections show Herbert will have depleted his investable assets in his early 90s,” at which point he would need to cover the cash-flow gap (the difference between his pension and government benefit income and his expenses). He could choose to spend less, or rely on the equity in his real estate.

Working a couple more years – to age 54 – would not only provide a larger pension benefit, but also a cushion against unforeseen expenses or a potential shortfall in the projected 5-per-cent rate of return on investments, Mr. McShane says. Herbert is investing in solid, dividend-paying common stocks that will complement his guaranteed pension income.

The planner looks at cash flow for the year Herbert turns 54, when it will have normalized after the big capital gain on the sale of his rental property the year before.

By then, Herbert will have about $585,000 in his TFSA and non-registered accounts. He will need to withdraw enough to generate about $35,000 after tax to balance his budget. He could draw these funds from his non-registered account. Or he could consider drawing a portion from his RRSP to take advantage of his low tax bracket, Mr. McShane says. He suggests Herbert postpone drawing CPP until he is 65. If he opts to take it at age 60, his benefit will be reduced.

As for the rental property, Herbert should wait until the year after he quits working to sell it. "There will be a significant capital gain to report that is best triggered in retirement, when he will be in a much lower tax bracket,” the planner says.

“Herbert’s decision to sell his rental property and downsize his home to pay off his debt at retirement is a good one,” the planner concludes. Still, Herbert needs to take a closer look at his budget requirements in case he is underestimating what he will need, Mr. McShane says. “Pushing retirement back a couple of years would provide him with a cushion.”

The problem: Can he retire in four years on $50,000 after tax and spend six months of the year in Florida?

The payoff: Financial security and a retirement date that is still well short of the usual age of 65.

Can this young couple have a child and retire early?
August 10, 2018 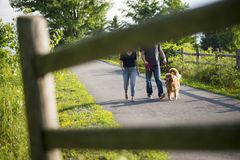 Home upgrade could saddle couple with too much debt to easily meet retirement dreams
August 3, 2018 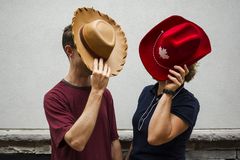