In his 40 years in the business world, most recently as a senior corporate executive, Rolando has earned good money. Now he and his wife Janet are ready to shift from saving to spending. “I plan on retiring in the next six months,” Rolando writes in an e-mail. “My wife has worked in the home for most of those years, and we are both looking forward to retirement,” he adds. They plan to spend winters in their California vacation home “if we can ever get back there!” and take a couple of big trips to Europe.

Rolando is “attached” to his stock portfolio and hopes he can keep it awhile. He uses the dividends on his U.S. stocks to pay the expenses on their California condo. Other stocks he likes for their growth potential. “What money should we spend first?” he asks. “When should we take Old Age Security and Canada Pension Plan benefits?”

Their retirement spending goal is $120,000 a year after tax, much of which will come from Rolando’s defined contribution pension plan, the value of which depends on financial markets. They also plan $60,000 of renovations to their Alberta home and to help cover the cost of their children’s weddings ($25,000 each). They want to leave an estate for their children.

We asked Morgan Ulmer, a financial planner at Caring for Clients in Calgary, to look at Rolando and Janet’s situation.

Rolando and Janet can achieve their retirement spending goals and still leave an inheritance for their children, Ms. Ulmer says.

She recommends they “smooth out” their lifetime tax rates by using a blended withdrawal approach. They can capitalize on Janet’s low tax bracket for 2021 by withdrawing $45,000 from her spousal registered retirement savings plan. This amount takes advantage of the lowest federal/Alberta combined tax bracket, the planner says. (That assumes Rolando has not contributed to Janet’s spousal RRSP either this year or in the two previous years, in which case the withdrawal is taxed in his hands.)

Janet withdraws $7,000 a year from her spousal RRSP from 2022 to 2026 to “fill up” the remaining room in the lowest tax bracket. This lower withdrawal is because in 2022 Rolando will be withdrawing from his pension, which is eligible for income splitting. Therefore Janet will have more taxable income beginning in 2022.

In 2022, Rolando converts his defined contribution pension, currently worth $830,000, to a life income fund (LIF) to provide income. (Depending on your pension’s jurisdiction, you may be able to unlock 50 per cent of your DC plan at the time of conversion and transfer half the funds to an RRSP or registered retirement income fund, “which have more flexibility than the pension-like characteristics of a LIF,” Ms. Ulmer says.)

Rolando’s LIF income is eligible for income-splitting between the couple because they will both be age 65 or older in 2022. This split pension income also means that both Rolando and Janet will be eligible for the pension tax credit, available to Canadians 65 or older earning eligible pension income, the planner says. Rolando and Janet can also split Rolando’s Canada Pension Plan benefits.

A blended withdrawal strategy also allows Rolando to keep more of his non-registered holdings intact longer, Ms. Ulmer says. “This is beneficial if lump-sum needs or opportunities arise where a large withdrawal from registered funds would be tax-inefficient.”

Based on the above assumptions, Rolando can retire as planned and they can maintain their lifestyle, including travelling to California and elsewhere, renovating their home and leaving an inheritance to their children, the planner says. Her forecast has both Rolando and Janet taking Canada Pension Plan benefits at the age of 70. The benefit is increased by 8.4 per cent a year to a maximum age of 70, thereby reducing the odds of outliving their assets, she says.

“While delaying Old Age Security benefits is another option to increase pension income, we generally do not recommend doing so,” Ms. Ulmer says. The increased benefit is less than for delaying CPP. As well, “collecting OAS at 65 is a way to make sure that you receive at least some government money in the case of a shorter life expectancy.”

In Rolando’s case, though, he should put off collecting OAS until January, 2022, to avoid a likely clawback of $3,700 that would occur if his benefit started this year. His earned income from working for part of 2021 would push his taxable income over the OAS clawback threshold.

Her forecast assumes the couple will pay off their $80,000 line of credit this year, on which they are paying 4-per-cent interest. It further assumes a return on investment of 4 per cent, inflation of 3 per cent and life expectancy of age 95.

Saving for retirement is relatively simple, Ms. Ulmer says. “Decumulating is complicated. Understanding the timing and amounts required from each of your accounts is integral to setting your portfolio up for success.”

Any accounts from which they will be withdrawing over the next five years should have cash and bonds in addition to equities, “the degree of each depending on their tolerance for risk.” Cushioning the portfolio with cash and bonds offers some downside protection from market cycles “and a lower likelihood of having to crystallize losses to fund their lifestyle.”

Recent retirees can be subject to “sequence of return” risk, the planner says. The long-term health of their retirement portfolio depends on the order of investment returns. “Early losses when a retiree is beginning to withdraw can mean that one’s investable assets deplete faster than expected.” In her forecast, Ms. Ulmer has the couple’s non-registered portfolio depleted in 10 years or so. That assumes they pay off that $80,000 line of credit this year and top up their TFSAs each year to the tune of $12,000 using money from the non-registered portfolio. As well, the adjusted cost base of the non-registered portfolio is low relative to the current value so capital gains taxes will make a dent in withdrawals, the planner says. They will not begin tapping their TFSAs for 15 years.

Finally, Rolando might consider adding Janet’s name to his non-registered investment accounts, the planner says. “While adding a spouse does not change who must claim the earnings and pay the taxes, it is an easy way to avoid probate, and more importantly, make for a seamless transition to the surviving spouse.”

The problem: How to shift gears from saving and investing to “decumulating.” Which money to spend first?

The plan: Janet withdraws a lump sum from her spousal RRSP this year. Rolando converts his DC pension to a life income fund and splits the income with Janet with a view to “smoothing out” their tax rates over time.

The payoff: All financial goals achieved, including leaving an estate for their children. 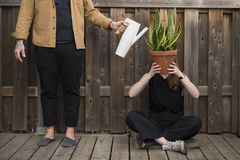 Should this young couple pay down their mortgage or invest?
March 5, 2021 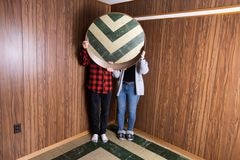 Can Bernadette help her children buy homes of their own without jeopardizing her retirement goals?
March 2, 2021 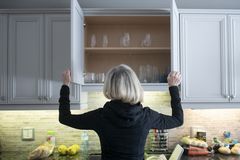