“I’ve been a freelance photographer for seven years,” Bill writes in an e-mail. He is also involved in producing music. “After high school and university, I neglected taxes entirely. I didn’t start making money until the last three years, and when I did, I paid rent and invested in other creative projects. I never saved. I never budgeted. I never invested. I didn’t even charge my clients HST (sales tax) or set up a business number. I have a lot of regrets about how I spent my time and money over the last seven years.”

Last year, Bill filed five years’ worth of overdue tax returns. “I owed the Canada Revenue Agency $20,000 in personal income tax and HST payments and interest,” Bill writes. “I was just turning the corner on getting caught up. I had settled on a monthly payment plan with the CRA. Not only that, but I had just discovered Rob Carrick’s newsletter in The Globe and Mail. I feel like I had just gained financial literacy and overall perspective on money, saving, budgeting, and investing. I felt optimistic and in control of my finances and my future.”

Then the economy shut down. “Because of the coronavirus, my income has been reduced to zero,” Bill writes. “Not only am I worried about how I'm even going to attract clients in the coming months, I'm worried about falling back into the debt hole I sacrificed so much to chip away at. It's hard to budget for a $0/month income. Any advice on navigating the next year would be greatly appreciated.”

We asked Christine Williston, a financial planner and money coach at Money Coaches Canada in North Vancouver, to look at Bill’s situation.

First, Bill needs to stabilize things, Ms. Williston says. This means applying for the $2,000-a-month Canada Emergency Response Benefit, contacting his creditors to defer payments if possible, and securing the roof over his head.

Initially, Bill doubted whether he would qualify for the CERB because he earns $100 to $200 a month in online streaming royalties. That changed Wednesday, when the government expanded the benefit to include people who earn up to $1,000 a month. “Part-time work, royalties and honorariums are mentioned specifically,” the planner says.

Recipients have to apply every four weeks, starting March 15, and the benefit extends to 16 weeks. Bill could apply simultaneously for the first benefit period and the second one that started April 13.

Bill’s next step is to contact the Canada Revenue Agency, to which he has been paying $500 a month, the planner says. “They may be able to defer the payments, waive interest or penalties or reduce his payments,” Ms. Williston says. “It appears that the CRA is not currently focused on collection of back taxes and is working hard to make sure that everyone has access to the information that they need to claim the CERB,” she adds. “It’s best to keep communication lines open with the CRA.” Bill may have to leave a message or contact the CRA by mail because the phone line of the person he has been working with may not currently be manned.

Now, the rent. “Bill likes where he lives and is unlikely to find another apartment in Toronto where he can afford to live by himself,” the planner says. Because of his work, it’s important for him to be “in the thick of things,” she says. “He should do his utmost to pay his rent.”

Until he receives his CERB, Bill should negotiate with his landlord, perhaps offering to pay $400 now and the balance when the benefit comes through. “That way, he’s on top of his rent and he won’t have a big lump sum to pay in the future,” the planner says.

If he doesn’t pay, Bill could end up owing $3,320 for four months, after which the government benefit is set to end. As soon as the Ontario ban on evictions is lifted, Bill could find himself out on his ear – and his landlord could sue him in small claims court.

Once things have stabilized, Bill should sit down and draw up a budget, reviewing his expenses one by one to see what he can do without, Ms. Williston says. This is critical because while the benefit is set to last for 16 weeks, Bill’s diminished earning power could last much longer.

As it is, Bill is paying $830 in rent, $55 for electricity, $120 for his cellphone, $45 for internet and $15 for subscriptions. If he could cut his phone bill from $120 to $60 and drop his subscriptions, he could cut his core expenses to $990, the planner says. That assumes he has successfully deferred the $500 payment for back taxes and that his spending on entertainment and transportation is virtually nothing for the time being. Assuming he spends $400 on food, he could save $610 for emergencies or eventually pay taxes on the CERB or back taxes.

The next step is to drum up some work. Bill might want to approach his former photography client “to see if they can come to some sort of arrangement so he can continue this work and retain a relationship with his client,” Ms. Williston says. If this doesn’t pan out, he should consider taking any kind of job. Any extra earnings could go to his tax-free savings account as an emergency fund and to pay his back taxes.

If Bill can pay all of his expenses from the CERB – and earn enough to cover his expenses once the benefit is exhausted – he could use the $10,000 or so he will have left after paying his current bills to put toward his outstanding tax bill, the planner says.

If he begins paying $500 on his back taxes again, he could be out of debt in a little more than a year. Then he could redirect the $500 to his TFSA, building up an emergency fund and in time, long-term savings and investments.

For Bill, the events of the past month “may actually turn out to be a useful lesson – one that’s potentially not that harmful – that will pay dividends in the future. He’s on the right track. He’s got the mindset, which is the most important thing.”

The problem: His income sources have disappeared.

The plan: Apply for the government benefit, cut spending to the bone and start looking for work.

The payoff: The prospect of being back on track in a year or two.

The Globe and Mail is looking for millennials to speak with for Stress Test, a new Globe podcast that will look at how COVID-19 has hurt young people’s finances and what steps they can take to improve their situation. We are looking for someone who is struggling with student, credit card or other forms of debt. If you are open to sharing your story in a judgment-free space, please e-mail: rluciw@globeandmail.com

Can this couple still retire in three years after their investments took a major hit?
April 10, 2020 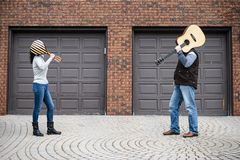 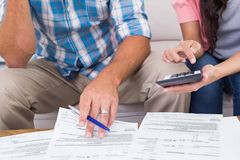 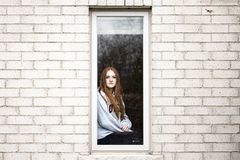