Most explanations for today’s low interest rates suggest that rates will eventually rise again, back to something we regard as “normal." There is one explanation, however, that would see rates staying very low for at least a generation. I’m referring to demographics, the fact that the population in Canada, as in virtually every developed country, is aging rapidly. Here is how that can affect interest rates.

For convenience, let’s refer to people between the ages of 55 and 80 as Savers and those 25 to 54 as Borrowers. In the 1990s and earlier, money was scarce because Savers were greatly outnumbered. In 1993, for instance, there were only 39 Savers for every 100 Borrowers. Risk-free real-return bonds in that era yielded 4 per cent or more while nominal yields on 10-year government bonds topped 8 per cent. What a great time to be a retiree.

As the number of Savers grew after 2000, the demographic argument suggests we should have been seeing interest rates falling, which is precisely what has been happening. Today, the yield on real return bonds is less than 0.5 per cent; on 10-year government bonds it is just 1.4 per cent.

This does not prove that Canada’s demographics alone caused the decline in interest rates, but the supporting evidence is compelling. Let’s look at another country that has already undergone the aging process and see what happened to their interest rates; I’m talking about Japan.

Japan’s population started to age nearly two decades earlier than Canada’s. As Table 1 shows, Japan’s ratio of Savers to Borrowers in 1975 was remarkably similar to Canada’s ratio 18 years later and that relationship has held fast ever since.

* Ratio in 2023 based on a medium growth scenario

Table 2 shows how 10-year government bond yields in each country changed over the same period. As we can see, Canada is tracking Japan’s interest rate experience with great precision.

The trend to lower rates in Japan continued after 2005. Its 10-year bond yield currently stands at negative 0.2 per cent, which is sort of the result that U.S. President Donald Trump wants to see in the United States. If we accept demographics as the real driving force behind longer-term interest rates, we should see nominal yields on Canada 10-year bonds dropping to zero per cent or even into negative territory by 2037.

Japan is not the only country to support the theory that demographics are driving down interest rates. Rates fell sooner and faster in Europe than they did in Canada; Europe’s populations are a little older than Canada’s. Interest rates are still a little higher in the United States than in Canada or Europe, which makes sense since that country has a slightly younger population.

Given that the Saver to Borrower ratio will remain high in Canada for at least the next 30 years, we may be on the brink of a very long period of near-zero inflation and near-zero interest rates on longer-term bonds. Stock returns will probably also fall, although not immediately since there are capital gains to be made as interest rates fall and there is still a little room for that to happen.

The end result, however, is rather grim. Whereas baby boomers needed to save 10 per cent or less to retire well (if they saved for 30 years or longer), millennials may need to save 20 per cent of pay each year and possibly more.

The one way to alter this equation is to retire later and, frankly, this will be hard to accomplish on a large scale. If you ask them confidentially, most private-sector companies are not keen to employ a horde of 60-somethings on a full-time basis. Conversely, people older than 60 do not want to work as hard as they did when they were 40. Society may eventually come around to accepting age 60 as the end of full-time work, followed by a decade of part-time work, followed by full retirement around the age of 70.

Frederick Vettese was previously the chief actuary at Morneau Shepell. He is also the author of the book, Retirement Income for Life: Getting More without Saving More. This article builds on an idea first expressed by Michael Walker in a 2015 paper released by the Fraser Institute. 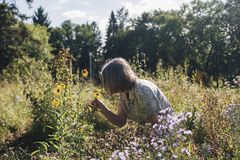 How much CPP will you get? Here’s how to find out
Subscriber content
September 23, 2019 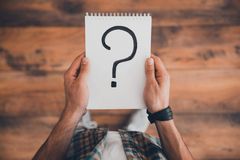