The federal government should stop dictating how seniors manage their retirement savings.

The seniors advocacy group CanAge has a wish list of policies it wants the federal political parties to include in their election platforms. One of them is improving the well-being of people 50 and older by protecting their pensions when an employer goes bankrupt. The Conservatives and NDP say they would address this in their election platforms, which is good news for the minority of workers with pension plans at work.

The majority will rely to some extent on RRIFs, which is why CanAge is asking for an end to mandatory RRIF withdrawals.

Without a pension, and for many people who do have one, saving for retirement means putting money in a registered retirement savings plan and/or tax-free savings account. One of the many joys of TFSAs is that what you contribute and earn are tax-free and yours to withdraw when and as you want. RRSPs must be converted into RRIFs by the end of the year you turn 71, and then you have to follow a schedule of yearly minimum withdrawals.

RRIFs were designed with a mandatory annual minimum withdrawal to ensure a steady year-by-year flow of taxable money out of tax-sheltered accounts. But they’re like having an unwanted co-pilot in managing your retirement finances who forces you to take money out of your RRIF, even if you don’t need it or a withdrawal would be unwise because it locks in investment losses.

“Older people have to make some real choices about how their money is going to be spent and how they’re going to stretch it,” said CanAge CEO Laura Tamblyn Watts. “Ending mandatory RRIF withdrawals puts the decision-making in the hands of Canadians.”

The unhelpful rigidity of RRIFs is documented in the fact that the federal government has had to relax the rules twice in the past 13 years. The minimum withdrawal amount was cut by one-quarter for 2020 because stocks were way down as a result of the pandemic and seniors worried about selling hard-hit stocks to meet their withdrawal requirements.

The same break was offered amid the global financial crisis in 2008, with retirees who had already withdrawn the full minimum allowed to recontribute one-quarter of that amount.

“The fact that you would have to have an exception to the RRIF rules points to the fact that there’s a problem with the rules in the first place,” said William Robson, CEO of the C.D. Howe Institute, an independent, not-for-profit research group.

Mr. Robson says the RRIF withdrawal requirements are a result of what he describes as the federal government’s “grudging” attitude toward registered retirement accounts. People are encouraged to defer tax by saving money in these accounts, but RRIF holders are treated like freeloaders.

Mandatory annual RRIF withdrawals do help give the government a stable flow of tax revenue, as opposed to the lumpy revenue that would result if taxes were paid when a RRIF is dissolved at death.

But Mr. Robson plays down the net impact on government finances of eliminating the minimum withdrawal. “The cost of allowing people to hold on to their RRIF money longer, and potentially pay no tax at all if they don’t need the money in a given year, has gotten relatively small.”

It’s not as if money withdrawn from a RRIF is somehow lost to the account holder. Unneeded mandatory withdrawals – minus tax owing – can be contributed to TFSAs, for example. But mandatory withdrawals are still a depletion of a dedicated retirement fund that must last ever longer, given expanding lifespans. RRIFs were introduced in the late 1970s – CanAge says lifespans were about 10 years less back then compared with today.

Mandatory RRIF withdrawals also reinforce a two-tier retirement system of pension haves and have-nots, Mr. Robson said. If you have a pension, no one puts you on a schedule to drain it down. Defined benefit pension payments continue for as long as you live, while defined contribution pension holdings can be saved or spent according to the needs of the account holder.

A risk for the federal government in abolishing RRIF minimums is that some people hoard money in their RRIFs and search for ways to minimize the tax payable by their estate. But CanAge’s Ms. Tamblyn Watts said removing RRIF minimums is really about make withdrawals more flexible.

“We believe that older people will probably still withdraw money from RRIFs,” she said. “But it doesn’t have to be at that 71 mark. It could be at a time that makes more sense for that.” 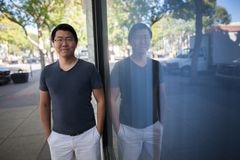 If going back to school is your idea of fun in retirement, you’re not alone
August 31, 2021 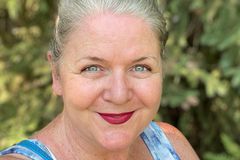