A health scare last year has Harry looking to retire early. He’s 53 and hopes to hang up his hat in a couple of years. His wife, Laila, who is 48, plans to work another seven years or so.

Harry brings in $112,000 a year in a senior corporate job, while Laila earns $36,200 a year working for the government. They have two children in university and a small mortgage remaining on their East Coast home.

Harry knows retiring early will be a challenge. Given their ages, “is it possible to think of retirement?” he asks in an e-mail. “Do we need to downsize our house?” They wonder, too, whether they should set aside some money for their children’s university costs and in time, their weddings.

“If my wife keeps working, is it a good idea for me to start withdrawing from my RRSP when I retire?” Harry asks. He would draw enough so that his income would be taxed at the lowest income tax rate (combined federal and provincial), which cuts off at about $44,000.

The couple’s retirement spending target is $45,000 a year after tax.

We asked Ian Calvert, portfolio manager and financial planner at HighView Financial Group in Toronto, to look at Harry and Laila’s situation.

Harry and Laila’s main goal is to retire early, Mr. Calvert says. “They wonder if they can accomplish this without downsizing their house or changing their lifestyle.” They hope to preserve as much of their savings as possible, living mainly off their dividend income.

The family has total assets of about $1.58-million, of which $500,000 is their primary residence, the planner says. By the time Harry retires in 2021, their assets are forecast to have grown to $1.66-million. That assumes an average annual rate of return on their investment portfolio of 5 per cent a year (dividends and capital gains), a 2-per-cent inflation rate on their residence, and that both continue to contribute to their pension plans at work.

In addition to their registered savings, Harry has $290,000 worth of stocks in a holding company (jointly owned with Laila), assets earned when he was an independent consultant. He kept the surplus income in his corporation. The holding company will provide flexibility in their retirement, the planner says. “Harry can strategically control his withdrawals and taxable income in the form of dividends from this account,” Mr. Calvert says. “For instance, he can choose to withdraw nothing in one year and a large amount in another, based on their needs and taxable income.”

To achieve their $45,000 spending goal, Harry and Laila will need income from several different sources over the course of their retirement, the planner says. In 2022, the first full year in which Harry is not reporting employment income, he should convert his registered retirement savings plan to a registered retirement income fund (RRIF) and his pension plan to a life income fund (LIF) and begin withdrawing more than the minimum, the planner says. Laila should do the same when she retires in 2026. She would start withdrawing from her RRSP/RRIF in 2027.

In his forecast, Mr. Calvert assumes they begin getting Canada Pension Plan and Old Age Security benefits at 65.

“The goal is to keep each of their incomes at or below $44,000 a year to have this income taxed at the lowest combined marginal tax rate,” Mr. Calvert says. “The years between retirement and age 65 will be their lowest-income years so they should take advantage of this.”

If they both withdraw the above amount from their savings, they would have more than they need for lifestyle spending, the planner notes. “They should establish a plan of withdrawing from their RRSPs, spending what they need, and using the surplus funds to build up their tax-free savings accounts,” he says. “Over time, they should be watching their RRSPs decline while their TFSAs grow, with the goal of maintaining their net worth.”

If they can achieve an annual rate of return of 5 per cent on their investable assets (dividends, interest and capital gains), they can meet their spending goal, indexed to inflation, while still preserving their capital, Mr. Calvert says. “However, there isn’t a tremendous amount of flexibility for emergencies, unexpected costs or helping their kids with weddings,” he says.

“Also, this is only achievable with the inclusion of CPP, OAS and Laila’s pension,” he says. “The expected return on the portfolio alone is not enough to cover their spending and annual taxes.” If their spending needs turn out to be greater than $45,000 a year, “they would have to accept watching their capital decline or downsize their house.”

As to Canada Pension Plan benefits, neither Harry nor Laila will receive the full retirement benefit for two reasons, the planner says. Because they arrived in Canada in 1995, they will not have paid into CPP long enough to get the maximum retirement benefit. Also, Laila’s current income of $36,000 a year does not entitle her to contribute the maximum to CPP.

Finally, Mr. Calvert looks at the couple’s investments. Harry is a self-directed investor who has built a portfolio of Canadian and U.S. dividend growth stocks. “The dividend yield on the portfolio is strong and the reinvestment of those dividends has been a great strategy,” the planner says. Many of their accounts have a yield of close to 4 per cent, “which is great for retirement cash flow.”

However, they are heading into retirement with a 100 per cent equity portfolio. “Few investors can stomach the ups and downs of an all-stock portfolio,” the planner says. “In a bear market, the dividend income suddenly takes a backseat to the grief experienced when watching prices fall for weeks and even months.”

Even if they could tolerate temporary market declines while they were working, they may not have the same patience in retirement, he adds. “It’s easier to weather a bear market when your working income keeps flowing. But the dynamic can change when you are relying on 100 per cent of the investment return for cash flow needs.”

The problem: Given his health concerns, can they afford for Harry to retire from work in a couple of years and still meet their financial goals?

The payoff: Being better prepared for some of the risks, limitations and possible trade-offs involved in retiring young.

How should this 90-year-old arrange her financial affairs and budget for assisted living?
October 25, 2019 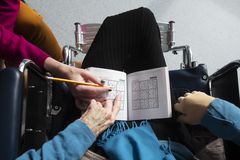 When should this couple nearing retirement age start collecting OAS and CPP?
October 21, 2019 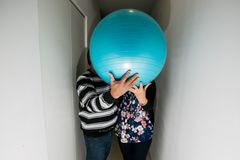 How to make retirement funds punch above their weight
October 11, 2019 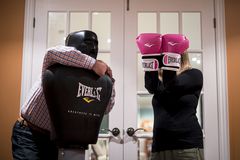