Louis has enjoyed an enviable lifestyle. He’s his own boss, working part of the year as a landscaper and travelling the rest. But at 51, he is beginning to think about the future and the fact that he doesn’t have a pension plan.

“You could say I’ve been leading a semi-retired lifestyle since age 27,” Louis says. “Year after year, I would work for six to eight months and then explore far-off places.” He knows he will have to continue working for some time yet if he hopes to achieve his retirement goals.

“I’ve got lots of great travel memories,” Louis says. “My golden years don’t have to be filled with travel. I’ll be content to live a simple life.” He’s anticipating a $75,000 inheritance some time down the road.

How much will he need to save?

Louis is comfortable with a lean financial approach to his later years, Mr. Feigs says. This could be workable considering he has modest lifestyle expectations and he is willing to supplement his lifestyle by working part time beyond 65.

Louis’s long-term health and vitality are important to make this desired path successful, the planner says. “I recommend Louis pay close attention to his health alongside his wealth.” There’s always a risk his health could fail so getting disability insurance is imperative. Louis already has some critical illness insurance.

In addition to disability insurance, Mr. Feigs recommends Louis get extended health and dental coverage – from Blue Cross, for example – that serves as a supplement to his provincial health-care coverage.

“An injury or health setback that stops Louis from earning income would have a quick impact on his financial resources,” the planner says. “Disability insurance is necessary to at least partly offset this potential loss of income.” Louis could withstand a short disability event but a lengthy or permanent disability would be financially severe, he adds. Louis could choose a long waiting period before benefits begin to help “manage down” the disability insurance premiums, the planner says.

Disability insurance is not available after 65 and may be cost prohibitive sooner depending on Louis’s rating and age at application, the planner says. Still, it is a vital financial-risk strategy for at least the next 10 years.

Mr. Feigs adds about $250 a month to Louis’s budget for the additional insurance and $150 a month for vehicle replacement savings.

With current savings of $127,600, Louis needs to remain work-focused and save consistently to meet his goal, the planner says. He also needs to get the expected $75,000 inheritance. “Louis will need to eclipse $550,000 in total savings by 65, after which he can stop the savings program and drop to part-time work,” Mr. Feigs says. “By doing this, he can maintain spending at a constant after-tax lifestyle of $38,300 a year from age 65 on, including inflation.”

To cover the additional insurance premiums, “Louis needs to immediately increase his income from $62,000 to $65,000 annually,” the planner says. Alternatively, Louis could lower his spending by the requisite amount. Mr. Feigs assumes Louis’s income continues to earn at this rate until 65, after which his income drops to a “leisurely” $16,000.

If the inheritance doesn’t come through, Louis’s after-tax annual income in today’s dollars would drop to $34,000.

The planner recommend Louis delay taking Old Age Security benefits to the age of 67 and Canada Pension Plan benefits to 70. “This serves to create higher lifetime income for essential spending,” he says. He also suggests Louis convert one-third of his savings to a life annuity to provide monthly income for life at around age 70, “assuming his health outlook remains positive and he expects to live a long life.”

The problem: He needs to solidify his lean lifestyle approach with a prudent amount of savings and have reasonable expectations of income-earning ability.

The plan: Increase income and maintain regular savings, delay the draw of government benefits, maintain health insurance coverage, obtain disability insurance and convert some of his savings to a life annuity at age 70.

Widow, 92, can live comfortably and craft a legacy to last for generations
April 27, 2018 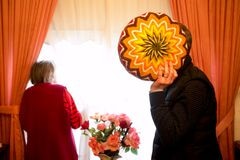 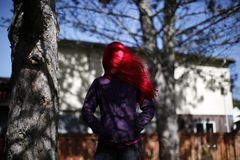 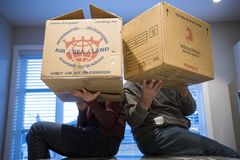