Chad and Carol are in their early 50s with three children, a house in small-town Southern Ontario and a cottage up north. Chad is self-employed, earning about $108,000 a year. Until recently, Carol was earning $30,500 a year working for a non-profit but she is now on disability leave. Neither has a company pension.

“My wife has just begun an extended sick leave for cancer treatment and we are facing a reduced income,” Chad writes in an e-mail. Amid the shock and worry, they have differing opinions about where to direct their diminished resources.

They have been planning to renovate their basement apartment so it will command a higher rent. Chad wants to increase the education savings for their two younger children, ages 14 and 11, “mainly in the belief that the money is easier to squeeze now rather than 10 years from now,” he writes. “My wife thinks no.” The oldest child is 18 and already in university.

As well, they both pay for long-term care insurance. “I think this is money wasted – better invested in our RRSPs and tax-free savings accounts,” Chad writes. “My wife believes it is essential.” Should they drop it?

Their hope is that Carol will make a full recovery and return to work part-time. Their retirement spending goal is $70,000 a year after tax.

We asked Matthew Ardrey, a vice-president and financial planner at TriDelta Financial in Toronto, to look at Carol and Chad’s situation.

“From a financial perspective, whether Carol returns to work part-time or remains on disability makes little difference,” Mr. Ardrey says. If she works part time earning half her former salary, she would get $15,250 a year. With tax credits, this amount would largely be tax-free. Her disability insurance pays $16,800 a year. Because she paid the premiums on this policy, the income will be non-taxable to her.

“Even before her diagnosis, saving to Carol’s RRSP is not the best financial decision,” Mr. Ardrey says. Carol is in the lowest tax bracket in Ontario. Depending on her retirement income, she could end up paying more tax later than she is saving now.

With Carol no longer working, the family will be running a deficit of about $18,000 a year, the planner says. This is based on his calculations of income and expenses after accounting for changes to the couple’s RRSP strategy. “The first step to offset this is to eliminate the RRSP savings for Carol of $12,000 a year,” the planner says. The remaining $6,000 deficit can be offset by Carol withdrawing $10,000 from her RRSP each year.

As to the education savings, Mr. Ardrey recommends they continue with their current contributions but not increase them. The RESPs will not be enough to fully fund the education costs of the two younger children.

The planner assumes education costs of $20,000 a year for each child, rising at double the rate of inflation. The remainder will likely have to be made up through contributions from the children, scholarships and grants, he says.

If Chad and Carol decided to try to cover the shortfall, they could direct the amount going to Chad’s RRSP to the children’s RESP rather than to Carol’s spousal RRSP. “That would cover off the deficit,” Mr. Ardrey says, although it is not what he would recommend. This would reduce the amount they could spend in retirement by about $4,000 a year to $66,000, “with no cushion.”

Now for the disputed long-term care policy. They have been paying premiums for 14 years so far. They will reach 15 years this fall, at which time they will have 15 years of coverage guaranteed. If they stopped paying then, they would lose the inflation protection guarantee. “If they continue paying to year 20, then the premiums would be paid up for the rest of their lives,” Mr. Ardrey notes.

“Though the premiums are expensive ($5,200 a year for a potential benefit of $900 a month each), and I am sure they could find a better use for the money, they have already paid up three quarters of the policy,” the planner says. “Assuming Carol recovers and leads a healthy life from this point onward, it is unlikely that they would need this coverage in the next 15 years given their age,” the planner says. “So I would recommend they continue to pay the premiums” so they will be covered for life.

Renovating the basement at a cost of $70,000 probably does not make good financial sense, the planner says. It might raise the potential rent from $800 a month to $1,200, but they would be financing it using their line of credit. “Even assuming no interest on the money, it would take 14.5 years to recoup the cost with the additional income.” To be conservative, he did not include any rental income in his projection.

Mr. Ardrey made some changes to the couple’s saving strategy, shifting Chad’s RRSP contributions to Carol’s spousal RRSP. “This will create more assets in Carol’s name as she draws down on her personal RRSP.” By 2028 their debts will be paid down enough that they will have some surplus cash flow, the planner says. They should direct this to their TFSAs.

Chad and Carol manage their own investments, using an online brokerage and buying index mutual funds and exchange-traded funds. “With more than 90 per cent of their retirement assets invested in equities, there is some definite risk in their portfolio strategy,” Mr. Ardrey says.

He suggests they consider hiring an investment counsellor to help lower the volatility in their portfolio and potentially increase their returns by adding some private debt and income funds, or a mixture of corporate and government bonds to their stock holdings. “This can enhance their returns without adding volatility risk and can thereby improve their retirement prospects.”

Based on these assumptions, among others, they will meet their retirement spending goal of $70,000 a year, Mr. Ardrey says. By age 90, they will have exhausted all their investment assets, leaving their house and cottage.

The problem: How best to use their available cash now that Carol is on disability insurance.

The plan: To cover the shortfall, Carol stops contributing to her RRSP and begins withdrawing from it instead. Contributions continue to the children’s RESPs but the basement reno is nixed.

The payoff: A good chance of achieving their retirement goals but with little in the way of a financial cushion.

Burt and Brenda are confident about achieving their retirement goals but can they make things even better?
February 28, 2020 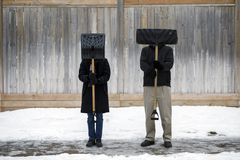 The plan to retire early and enjoy life with a recent diagnosis of Parkinson’s disease
February 23, 2020 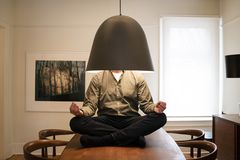 With focus on ensuring Evelyn’s care, can James retire now or should he keep working?
February 14, 2020 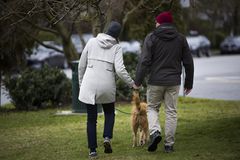