Neil and Norma have done well for themselves, working hard in middle-management jobs, raising two children, building their savings and buying Toronto-area real estate. Neil is age 53, Norma is 54. Together they bring in about $154,000 a year.

Their goal is to retire young and spend winters in Barcelona or some other warm European climate. Norma wants to retire in 2022, Neil in 2026. Neil will be entitled to a defined benefit pension of $14,708 a year, not indexed. Their retirement spending goal is $48,000 a year after tax, plus another $20,000 a year for travel.

They plan to sell their suburban house sometime in 2022 and move to a newly built condo downtown, which they bought for $826,900 with $165,380 down, money they borrowed against their home equity.

They bought a half share in another prebuild condo in a Toronto suburb, taking out a line of credit for their share of the down payment. They hope to assign the offer to purchase before closing in January at an after-tax profit of $30,000. (Assigning an offer before closing is when a buyer allows someone else to take over the purchase contract, usually for a higher price.) As well, they have a rental condo downtown that they bought in 2011 and hope to hang on to.

Can they achieve their goals?

We asked Matthew Sears, a financial planner and associate portfolio manager at T.E. Wealth in Toronto, to look at Neil and Norma’s situation.

Neil and Norma’s plan to downsize their home and move to a condo will “greatly improve their cash flow” if Norma retires in two years and they are living off one income, Mr. Sears says. If they hope to pay off the mortgage on their principal residence by then, though, “they are going to have to redirect some additional funds in addition to what they net from the sale of the principal residence,” the planner says. For example, they could save an additional $1,519 a month from now to 2022.

Next, Mr. Sears looks at the couple’s cash flow. In 2022 after Norma retires, their monthly net take-home pay will be roughly the same as their monthly expenses of $5,924, he notes. “However, they are moving into a condo that will have maintenance fees, which aren’t accounted for yet,” the planner says. “They would have to reduce their [tax-free savings account] contributions each month to meet their cash flow needs or cut other discretionary spending,” he says. “It can be done but they would need to stick to their budget.”

Alternatively, Norma could start drawing some of her RRSP funds to meet their cash flow needs. “Withdrawals should come from her personal RRSP to avoid the withdrawals being taxed in Neil’s hands,” the planner says. A contribution made to a spousal RRSP during the year of withdrawal or the two preceding calendar years will be taxed in the contributor’s hands.

Another risk factor to the success of their plan is their rental property, Mr. Sears says. “As we see rents in downtown Toronto continuing to fall, their property already has a negative cash flow of $156 a month,” he notes.

Mr. Sears made some basic assumptions, including an inflation rate of 2 per cent, that Neil and Norma begin collecting Canada Pension Plan benefits at the age of 65 (75 per cent of maximum CPP), and that Neil starts his work pension as soon as he retires. He assumes they stop contributing to their TFSAs in 2021 in order to meet their cash flow needs.

He assumes Norma withdraws $10,000 a year from her RRSP from the time she retires in order to meet their cash flow requirements while they are living on Neil’s income, only from 2022 to 2026. He assumes they both live to the age of 98.

Using a 4 per cent rate of return, they run out of investment assets in 2055, at which point they would have to sell the rental condo, the planner says. The mortgage on the condo would be expected to be paid off by then. In 2055, after selling fees and capital gains taxes, they would add $1,056,425 to their portfolio. This would leave them with $700,000 in investment assets at the age of 98, their assumed life span. They would still own their principal residence.

Using a 3 per cent rate of return, they run out of investment assets in 2048, at which point they would then have to sell the rental condo, adding a net $906,000 to their portfolio. This would leave them with $262,000 in investment assets at 98.

Next, Mr. Sears looks at how the couple draw down their savings. This can be broken down into three phases, starting with the period before they begin collecting government benefits. Because their only source of income in the first few years will be a small amount of investment income along with Neil’s pension, they should use a combination of their RRSPs and taxable investment accounts to meet their cash flow needs, the planner says. Once the taxable account is depleted, they could use some of their TFSA funds until the age of 65, when they begin collecting government benefits. Drawing on the TFSAs rather than the RRSPs would help keep them within the lowest federal income tax bracket of 15 per cent.

The second phase would be once Neil turns 65. At this stage they can consider converting his RRSP to a registered retirement income fund in order to take advantage of the pension splitting election. Norma could then top up her income with withdrawals from her RRSPs. At this stage, their sources of income will be Neil’s defined benefit pension, CPP and OAS for them both, minimum withdrawals from Neil’s RRIF and any top-ups needed from Norma’s RRSP.

The third phase would be when Norma is 72 and is forced to start taking minimum withdrawals from her RRSP/RRIF. “At this point the cash flow needs would be met from the additional income,” Mr. Sears says. Any surplus should go to their TFSAs until needed.

The problem: Can they afford to retire early and still meet their retirement goals?

The plan: Downsize the house, pay off the mortgage.

The payoff: Knowing they could fall short of their goals and have to sell the rental condo. An understanding of how they might improve their situation.

Are winds in the right direction for Nancy and Nathan to reach their early retirement goals?
March 2, 2021 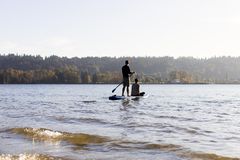 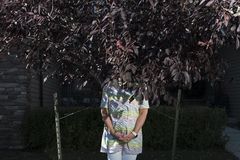 How can David protect his new home and mortgage from job insecurity?
October 2, 2020 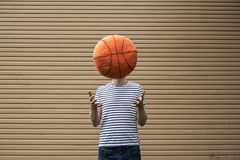