For many Canadians, 55 seems to be the magic number – the ideal age to retire. So it is with Vicky and Norm.

“My wife and I are both 44 years old and we both are currently working in Toronto,” Norm writes in an e-mail. Vicky is a salaried professional, Norm holds a middle management position. Together they bring in about $280,000, not including Norm’s bonus. They have a 12-year-old son whom they’d like to help through university.

Among Norm’s work benefits and incentives is a defined-benefit pension plan that would pay about $67,000 a year at the age of 65, a number that would drop substantially if he were to retire early. Vicky has a defined-contribution pension plan to which she and her employer contribute. They own a house in Toronto that has risen substantially in value.

“We live frugally in that we don’t own a car, and we manage our costs effectively,” Norm adds. They have a monthly surplus of more than $5,000, “which we use to top up our RRSPs, TFSAs and non-registered trading account,” he writes. “We would like to see if we both can afford to retire at age 55 with a goal of $100,000 net after tax per year.”

We asked Heather Franklin, an independent Toronto financial planner, to look at Norm and Vicky’s situation.

If Norm and Vicky quit working at 55, they would be living off their investments, Norm’s pension and government benefits, for 40 years or more, Ms. Franklin notes. They may not have enough savings.

It would be more prudent for them to hold off for five years until they are 60, she says. This would give their investments more opportunity to grow in value, Norm’s pension would be a little larger and they would have fewer years to draw on their savings.

The couple are good at managing their cash and “seem to have a good handle on their expenditures and debt,” the planner says. They have a substantial surplus each month that they direct mainly to their investments. They might consider using some of these surplus funds – including Norm’s bonus – to pay down their mortgage more quickly, Ms. Franklin says.

In order of priority, they could use the surplus to prepay the mortgage, take full advantage of their tax-free savings accounts, use up any unused contribution room they might have in their registered retirement savings plans and, finally, add to their non-registered investment portfolio.

As Norm and Vicky see it, they are paying 2.39 per cent on their mortgage but they’re earning 7 per cent to 8 per cent in the stock market. So they’re in no rush to pay the loan off.

But interest rates are likely to be higher when the couple’s mortgage comes up for renewal in 2022, the planner says. Besides, that 2.39 per cent they are paying is in after-tax dollars.

“Adding to one’s investments is valid and good, and stable growth is obviously a great way to increase wealth,” Ms. Franklin says. But “paying down debt is perhaps more important” because the results are guaranteed. Stock market returns are not.

Whatever they decide, Norm and Vicky must ensure the mortgage is repaid in full before they retire, she adds.

Next, she looks at their investments. Vicky’s defined contribution pension plan (similar to an RRSP) is well balanced between fixed income and a good cross-section of stocks, both North American and international, Ms. Franklin says.

Norm’s investments are concentrated in bank stocks. “They’ve been great for us because we earn on average a 4-per-cent dividend yield” plus capital appreciation, Norm writes. But he’s aware of the risks. “How can we prepare for the next downturn in the market?”

For their non-registered portfolio, the planner recommends dividend-paying, blue-chip stocks to provide retirement income and take full advantage of the dividend tax credit.

Taken as a whole, the couple has about $1.1-million in investments. Looking ahead, “these monies, with the additional deposits and growth of a conservative 5 per cent a year, will have risen to about $2-million in about 10 years,” Ms. Franklin says.

With $2-million or so in savings, factoring in Norm’s pension at 55, or $30,000, and assuming they take government benefits starting at 65, Ms. Franklin concludes they will run out of savings in 30 years, when they are 85. That assumes an average rate of return on investments of 4.5 per cent, and an inflation rate of 1.5 per cent.

If they choose to get Canada Pension Plan benefits at age 60, they would forfeit 36 per cent of the full CPP. “Therefore they should give considerable thought to the timing of CPP benefits.”

If they work to 60, Norm’s pension entitlement would be larger and they’d be drawing on their savings for a shorter period of time. Assuming again that they take CPP and OAS at 65, their savings would last to 90 and perhaps longer, Ms. Franklin says.

As to their child’s higher education, Vicky and Norm have already saved $70,000 in a registered education savings plan, so they’re well on track to cover an undergraduate degree, Ms. Franklin says. The advantage of an RESP is that it allows them to take advantage of the Canada Education Savings Grant.

They may want to supplement the RESP with an “in-trust” account for their son, she says – an account held in trust for a minor. They could set it up as a trading account with an investment dealer that can hold a broad array of investments, including growth stocks. Investments in this account could go toward a doctorate, for example.

“More important, there are no limitations to, or conditions on, how the accumulated funds can be used,” Ms. Franklin says.

There is a disadvantage, she acknowledges. Dividends and interest will be taxed in the hands of the contributor (the parent) in the year they are earned. Tax on any capital gains – which may well comprise the bulk of the return – will be charged to the child at the time the money is withdrawn. And if he is a student, he will have little or no income.

The people: Norm and Vicky, 44, and their son

The problem: Can they retire early without crimping their lifestyle or jeopardizing their financial security?

The plan: Consider paying down the mortgage more aggressively using surplus funds and Norm’s bonus. Give serious thought to working a few years longer to be on sure footing. Diversify their investments.

The payoff: A rock-solid financial plan 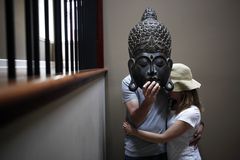 Couple interested in laying the groundwork for an early retirement
June 15, 2018 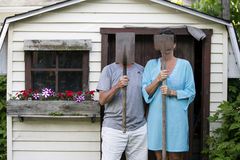 For this Toronto couple, plans for an early retirement hinge on compromise
Subscriber content
June 8, 2018